As earnings season approaches, companies will be in their blackout periods, unable to buy their stocks through certain repurchase plans. Without that added liquidity, what will result?

U.S. markets are flirting with unchanged for the year as the massive rally  over the past few weeks has pushed valuations back into the danger zone, but with central banks showing more desire to stimulate, it may not matter… or will it?

Just last week, the Fed sent a confusing message to markets, now we are “only” to expect 2 rate hikes this year – so much for following the economic indicators.

All this and the winners of the latest Closest to the Pin…..

Terrorists hit Belgium... Once again Europe is the center of attention - just days after the capture of the Paris bombings "mastermind". Two separate attacks, ISIS claims responsibility. U.S. Markets shrug off - Europe modestly lower.  (Recall that the last couple of attacks saw massive market rallies)
-- Of course the usual rumors of other potential acts circulated today as shorts/bears try to push on the news - none were confirmed.

Global Economics - Take a look at the stats for Manufacturing..

Valaent Pharma (VRX) - Remember last week, we questioned whether the CEO's 2-month leave for "pneumonia" was for real? Well... Monday it was announced that CEO Pearson will be leaving the company. Ackman was appointed to board. Stock up 15% in reaction. (Note: CEO leaving does not seem to be good news as it may lead to more revelations about some of the internal issues with the company...)

IMPORTANT: Sales will increase by a high-single-digit percentage during the next fiscal year, the company said on a conference call Tuesday. Analysts had projected a rate of about 10 percent for that period. Earnings will rise in the low teens, Nike said, compared with an estimate for growth of about 15 percent.

Nike's "Back to the Future" Shoe

Will liquidity dry up like it did the first quarter before and during earnings season? Retail still pulling out of equities?
Deutsche Bank reports:

If there is any truth to the notion that much of the recent rally was due share repurchase programs, liquidity will start to dry up starting today and we may see some additional volatility and downside potential for markets. Depending on how many institutional investors positioned for the ramp higher, it may create an interesting environment over the next few weeks.

Ford (F) and US Steel (X) announced as well... Coming up end of this week - Michael Kors (KORS)

Winners will be getting great stuff like the new DHUnplugged Shirts (Designed by Jimbo),
Sunglasses from Spitfire and more! 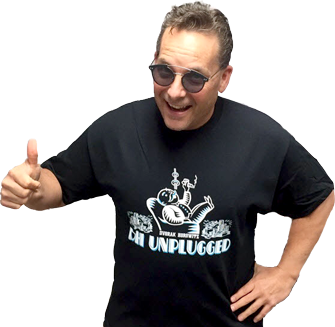 Thinking about Twitter (TWTR) - some recent changes makes it a more viable platform. Videos, gifs and other feature enhancements... Worth a look?

Some Apple news: (Smaller is better??? - Seems that size is the company's only innovation)

Apple at event unveils new bands for the Apple Watch; says Apple Watch will now start at $299 starting today (prior price was $399)

--- FBI/Justice dept drops their calls for Apple to create a backdoor - they say they have another solution. Really?

Interesting news. SunEdison (SUNE) rumors are that the company is looking for debtor-in-possession financing. This is a tactic used by distressed and bankrupt companies that need financing. This type of debt is AHEAD of all other debt, equity or other assets that can be claimed. How great is that?

Lumber Liquidators Holdings Inc.'s stock soared 14% in midday trade Tuesday, after the wood flooring maker announced an agreement with the California Air Resources Board that "fully" resolves previous inquiries into its laminate flooring products sourced from China. As part of the agreement, Lumber Liquidators will pay CARB $2.5 million, and will implement voluntary compliance procedures to ensure all of its flooring products comply with CARB's formaldehyde standards.(Didn't they have 3X the expected amount of carcinogens?)

Kazakh officials and their visitors will have to leave their smartphones at the door of government buildings from March 24 in line with a new policy aimed at preventing leaks of sensitive documents, a leaked document showed on last Thursday.

Minnesota officials seized a "FMUSLMS" license plate and apologized for issuing it at a driver's request, saying on Wednesday that approval procedures for so-called vanity plates were under review.

Poor Elon Musk - He an wife are divorcing for 2nd time. Why marry again after divorce in the first place?