Make up your mind – China unhappy about everything. 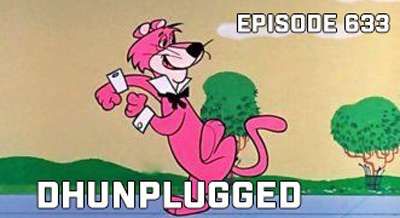 Yellen says inflation to cool. CPI comes in a bit better than feared.

Announcing the 2022 Closest to The Pin Cup!

Market Update
-The S&P 500 index fell 3.4% last week as investors worried that a recent round of better-than-expected economic data might prompt the Federal Reserve to keep its key rate higher for longer.
- All of the S&P 500's sectors fell last week.
-- Energy had the largest percentage drop, down 8.4%, followed by communication services, which slid 5.4%, and consumer discretionary, which fell 4.5%. Other decliners included financials, down 3.9%; and technology and materials, which slipped 3.3% each. The smallest decline came from utilities, which edged down 0.3%.
- All eyes are the Fed meeting this week - FOMC rate decision on Thursday (75% prob of a 50 basis point hike)
- CPI Report released today!!!!!!!!!!!!!!!!!!!!!!! Amazing turn of events...

2022 Exit Plan
- Investors have good deal of capital losses
- End of year could see some selling to book those deductions
- - If that happens, look for a big January Effect mid January 2023
- Investors seem mentally exhausted from 2022 - get biz done now until end of year and "hope" for a more pleasant 2023
- 2023 may be  just as volatile as Fed not done

One Musk
- Got on stage at Dave Chapelle stand up concert -
- Introduced as the world's richest person (which he no longer  is - Bernie Arnault took over - LVMH)
- Supposedly significant # of people booing - (San Francisco venue)
- Video of event ripped down off of Twitter (This is the problem - what happened to free speech?)

DJIA is the index you will be guessing - you have until 12/21/2022 to enter.
- Emails went out to all of you
- NO ONE ELSE ENTER - Your price guess will be deleted if you are not the someone mentioned above.

$600 = 1099K
- Venmo, Paypal over $600 will be reported to IRS
- Supposed to be for business transactions
--- IRS admits, some personal transactions may be coded incorrectly
- - BUT, all income is required to be reported, so this impacts you if you have not been compliant
- - - ODD - Zelle is not reporting any transactions to the IRS....
-- - - - Zelle itself said it does not have to declare transactions made through the payment service because it is a network that does not hold the funds

2023 - Collection Social Security?
- "Your Social Security benefits will increase by 8.7% in 2023 because of a rise in cost of living," the Social Security Administration states in the annual statements it is currently sending to beneficiaries.
- Highest increase in 40 years
-- On top of 5.9% increase from 2022
--- So, 15% increase over 2-years!

Smoking Private Deal
- The maker of grills and other outdoor cooking products agreed to be taken private by BDT Capital Partners for $2.32 billion in cash, or $8.05 per share. Weber shares closed Friday at $6.50.
- Stock came out during pandemic - IPO's at $14, ran as high as $20
--- To restate this transaction.... Company was sold to public at $14, now being bought back at $8
--- Being bought by BDT partners which already owned 48%

Can we talk oil??
- Trading in low $70's
--- DOWN from $92 last month because:
- OPEC is holding production levels, CHINA reopening, Russian price caps and restrictions, Russia threatening to cut production, Keystone Pipeline leak, SPR rebuild, USD down, US economy doing well...
--- How is this possible? Price should be near $100!
------ Is this fear over US recession?

Results of Talking Down Inflation Outlook
- CFTC data from Friday showing speculators opening up their largest net short dollar positions since the middle of 2021.
- Ten-year U.S. Treasury yields were also down a tad to 3.53%

China - WOW
- First everyone pissed about Zero Covid policy
- Then, stocks excited about re-opening, Macau and Hong Kong stocks soar
- Now everyone is freaking out over the the new 100% Covid policy
- People staying indoors and worrying about getting infection, stocks retreat

More China
- Interesting the 180 degree turn over last week on Covid policy
- testing kits and medicines are running out
- Did you know? China has 138,100  hospital beds for critical care (not sure if that is significant or not)
----- Some think 1 bed for 500 people is the right number

Last China
- China celebrated the withdrawal on Tuesday of a state-mandated app used to track whether they had travelled to COVID-stricken areas
- Authorities deactivated the app at midnight on Monday
- The removal of the restrictions come ahead of Chinese New Year holidays next month, when large numbers of people are expected to travel across China to visit family for the first time in years.

More Crimes
- Bahamian authorities have arrested Sam Bankman-Fried after U.S. law enforcement filed charges against the former crypto billionaire.
- Bahamas Attorney General Ryan Pinder said that the United States had filed unspecified criminal charges against Bankman-Fried and was "likely to request his extradition."
- The Justice Department is charging former FTX CEO and founder Sam Bankman-Fried with 8 different counts of wire fraud, securities fraud, and conspiracy, according to an indictment unsealed Tuesday morning.
- The indictment alleges the 30-year old and others "known and unknown" devised a scheme to defraud FTX.com customers by misappropriating their deposits to pay expenses and debts owed by trading firm Alameda Research.

Microsoft/Activision
- The Federal Trade Commission said on Thursday it has filed an antitrust case against Microsoft to challenge the software maker's attempt to acquire video game publisher Activision Blizzard.
- Both companies are confident that the deal will still go through
- Microsoft trying all sorts of maneuvers to appease

And Finally....
- GameStop said Wednesday its fiscal third quarter sales declined and its cash pile sharply dwindled, as the brick-and-mortar retailer has been working to expand its digital presence.
- Recall they have an NFT marketplace .....