Interesting development with rates – first time in a very long time this happened. 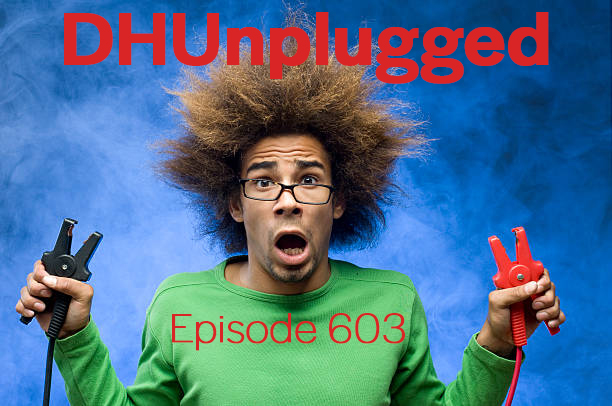 Stocks slump, bonds up – correlations normalize for once.

Warm Up
- Markets moving to lows
- China Jailing Citizens
- Currency Moves - USD getting too HOT (Client ports moving to Unhedged bonds)
- Something with yields that has not happened in 3 years!
- Did they have to use the word "Nuclear" again?
--- Yields finally cracking lower a bit

Twitter
- Twitter confirms definitive agreement to be acquired by entity wholly owned by Elon Musk for $54.20 per share in cash in a transaction valued at ~$44 bln

Chip Prices - Not As OverPriced?
- A sharp drop in graphic chip prices could presage an unexpectedly quick ending to a global chip crunch that has crippled manufacturing from smartphones to cars, and the issue will be a central one for companies reporting results this week.
- GPU prices are still being sold at a premium, but a smaller one. Susquehanna analyst Christopher Rolland earlier this month said that the markup over manufacturer suggested retail price or MSRP has fallen to 41% from 77%.
- Demand for GPUs may also drop because crypto currency Ethereum is expected to change the way it operates late this summer, reducing the demand for graphics chips that power systems used to mine the cryptocurrency today, analysts say.
- Some talking GLUT -

Natural Gas
- Russia will halt gas flows to Poland on Wednesday, the Polish gas company PGNiG said.
- The company says it hasn’t got any outstanding payments and that the cutoff is a breach of its contract.
- Won't pay in Rubles....
- European Natural gas prices shot up 17%

More to worry about?
- Investors turn anxious
- Elon Musk is buying Twitter. Where does that put Tesla? The day after the announcement, Tesla is dropping pretty hard as the concern is that "fixing" Twitter is going to take time away from Tesla and the other companies he runs.
- Tesla down 10% today

Silly
- The price of dogecoin popped on Monday afternoon following news that Twitter has accepted Elon Musk's buyout deal.
- The meme cryptocurrency jumped as much as about 27% after the announcement that Twitter will be purchased by an entity owned by the Tesla CEO.

Netflix/NetFlop
- Going after password sharing
- More than 100 million households are using a shared password
- Will likely favor the setting of an extra fee for those accounts being used by multiple people outside of the home.
- The company has already started a test of this feature in Peru, Costa Rica and Chile
- The pricing is different per country — about $2.13 per month in Peru, $2.99 in Costa Rica, and $2.92 in Chile, based on current exchange rates.

Chips with Light - Not Wires?
- Computers using light rather than electric currents for processing, only years ago seen as research projects, are gaining traction and startups that have solved the engineering challenge of using photons in chips are getting big funding.
- Is this something with legs?
- Silicon photonics
- Beyond connecting transistor chips, startups using silicon photonics for building quantum computers, supercomputers, and chips for self-driving vehicles are also raising big funds.

OK - Let's talk EVs
- GM announced electrified Corvette - this year and Fully Electric sometime in the future
- ELECTRIFIED - What does that even mean?
- The term "electrified vehicles" refers to a range of technologies that use electricity to propel a vehicle: (CHART)

OH Really....
- U.S. Treasury Secretary Janet Yellen on Friday said it was worth considering taking steps to lower U.S. tariffs on Chinese goods given the "desirable effects" such a move could have on lowering U.S. inflation, which has hit 40-year highs this year.
- Seems like a no brainer

Palm Oil - Supply Chain
- Indonesia will effectively ban palm oil exports from April 28, until further notice, after President Joko Widodo announced on Friday a halting of shipments of cooking oil and its raw material to control soaring domestic prices.
- Indonesia is the world's biggest producer and exporter
- palm oil is the most consumed oil in the world

Stepping up
- Bars starting to give out free fentanyl test kits
- Check your drugs before you intake
- So nice to hear and thoughtful
- Fentanyl overdoses are now the top cause of death among U.S. residents ages 18-45, surpassing suicide, car accidents and COVID, according to an analysis of federal data by opioid awareness organization Families Against Fentanyl.

Carl Ichan Picks fight with MickyD's
- Pictures of pigs in crates - all over the web
- McDonald's Corp said Carl Icahn's call for the fast food chain to stop buying pork from suppliers that house the animals in crates would be logistically unfeasible and prohibitively expensive.
- Ichan owns a small position in MCD - He has said confining pigs in crates during their pregnancy is inhumane and McDonald's pledged a decade ago to stop buying pork from suppliers that use the crates by the end of this year.
- McDonald's said that it would require at least 300-400 times the animals housed today in "crate-free" systems to keep its supply chain running.
- ALL SOUNDS LIKE GREAT IDEAS UNTIL IT HITS THE BOTTOM LINE
- ESG'rs LISTEN UP

Disney in spat with DeSantis
- Legislature revoked Disney's  special tax status
- Upon review, could cost FLA taxpayers lots of money to each  Disney a lesson

U-Turn
- Delta Air Lines said on Wednesday it plans to restore flight privileges to about 2,000 customers who were barred from flights after failing to comply with mask rules.