One of the best week’s since…. 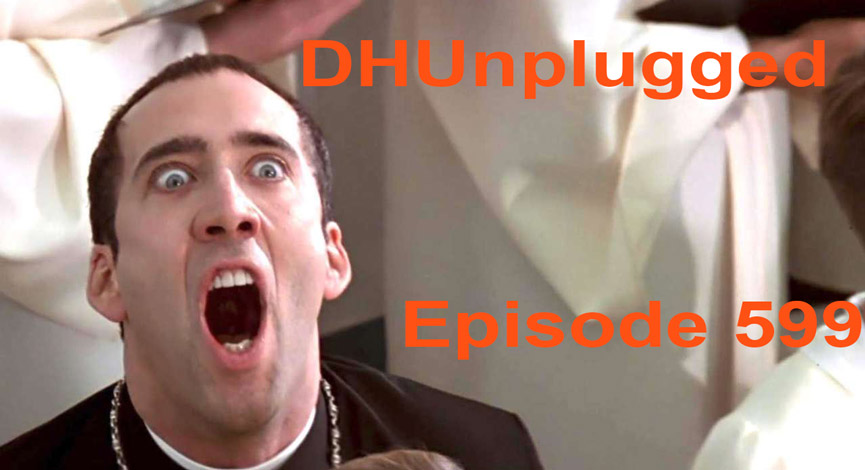 Warm Up
- Massive Rally - Just to Suck you back in to this Crapfest (defined last show)
--- Big winners were the biggest losers over the latter part of last week
---- GS Short basket flew - 20%, Chinese Stocks > 35% last week
- Usually see these kinds of moves - ONLY in Bear market - Need to be picky about positions...Opps!
- The nature of bear markets - big swings with VIX above 25!
- Russia - COUP???
- LIMIRICKS!

Market Update
- Get em' - Oversold, pent up, rally after Powell's 0.25% hike
- Fast Forward and he is hawkish again - saying 0.50% at any meeting is possible
- Big moves for Boeing - Plane down in China

WHAT A WEEK!
- Market's "V" again off of the hope that Jay Powell and Friends will take it easy on the  rate hikes.
- 0.25% and every meeting this year is live.
- During press conference he seemed to put many at ease, but was still very hawkish.
- He said - He didn't see an elevated chance of a recession next year (sparked markets instantly higher)
- Best week for over 2-years, markets in green for MTD (HUGE MOVE on individual names)
- China stocks rocket! KWEB up 35% for the week (index of Chinese tech names)

Rates - More
- St. Louis Fed's Bullard says the central bank should raise rates above 3% this year
- As the lone dissenter at this week's Fed meeting, Bullard said in a statement that he would like to see the central bank's benchmark interest rate boosted above 3% from the near-0% level where it had stood.
- Bullard was the only FOMC member to vote against the move, stating that he would have preferred a rate hike of 0.5 percentage point, or 50 basis points. He added that the Fed also should have started the process of reducing the nearly $9 trillion in bond holdings it has accumulated over the past 14 years.

More to Ruin your Week
- National Security Advisor Jake Sullivan at press conference says President Biden and EU leaders will decide Thursday what they should do if Russia uses a nuclear, chemical, or biological weapon in Ukraine
- Good News: A Kremlin spokesperson apparently out stating Russia would only use nuclear weapons if its very existence were threatened
- 2 comments on Nukes that are not needed.

Russian Coup?
- A group of Russian elites are allegedly conspiring to overthrow Russian President Vladimir Putin and “restore economic ties” with the West, according to Ukrainian intelligence.
- Who is Putin's food taster?
- Crazy info-wars going on....

Where to?
- China says Taiwan, which it views as a breakaway province to be brought back to the fold, by force if necessary, is the most sensitive and important issue in its relations with the United States.
- "Some individuals in the United States are sending the wrong signals to pro-independence forces in Taiwan, and that's very dangerous," Xi told Biden on a video call.
- If the Taiwan issue is not handled properly, it will have a subversive impact on the relationship between the two countries."

China Plane - All Lost
- China Eastern Airlines will ground all Boeing (BA) 737-800 jets as some wreckage from crash was found, according to Bloomberg
- A Boeing Co. 737-800 NG plane operated by China Eastern Airlines Corp. crashed Monday in the southwestern Chinese region of Guangxi.
- There were 132 people on board -- 123 passengers and 9 crew -- and the plane went down in a mountainous area near the city of Wuzhou

WHAT?
- The Biden administration on Friday said it would resume plans for oil and gas development on federal lands following a court ruling this week that temporarily restored a measure meant to factor the cost of global warming into federal decision-making.
- "Responsible drilling"

Nickle Update
- Nickel prices resumed their free-fall on Monday, with the benchmark three-month contract falling 15% to hit another new trading limit.
- The price hit $31,380 a metric ton as it opened for trade on the London Metal Exchange
- March 8 it show up to $100,000
--- BTW - LME canceled many of the trades. So, losers get break, winners got screwed.
- Nickle now trading more normalized

Miami - AIRBnB
- Miami is one of the most expensive Airbnb markets in the world.
- The average monthly price of a short-term rental in the city is $8,024, according to a study by Compare the Market, making it the third most profitable Airbnb market globally for hosts, after Las Vegas and Honolulu.
- In 2021, Miami Airbnbs hosted 710,000 guests and earned a collective $200 million, Airbnb said.

Firing Squad
- South Carolina now has the means to facilitate executions by firing squad, officials said Friday, making it one of few states where it is lawful to carry out a death sentence in that manner.
- The state Department of Corrections said it alerted the Attorney General's office that it has developed protocols and completed renovations at a correctional facility in Columbia, the capital city, making way for death row inmates to choose to be shot by a three-man squad among three possible methods of execution.

HUH?
- A new law bans the United States' former spies from hiring themselves out to foreign governments right after they stop working for Washington.
- The legislation, signed into law by President Joseph Biden on Tuesday as part of a $1.5 trillion spending bill, prohibits U.S. intelligence officials with knowledge of spycraft and national security secrets from selling their services to other countries for 30 months after retiring.

NATO
- German Chancellor Olaf Scholz said on Wednesday he welcomed any interest shown by Finland in joining NATO, a question that has gained more urgency since Russia invaded Ukraine.
- "The wishes that Finland brings to us and the alliances that we are involved in are always very welcome," said Scholz, adding nothing more concrete.

Digital Breach
- Okta Inc, whose authentication services are used by companies including Fedex and Moody's to provide access to their networks, is investigating a report of a digital breach after hackers posted screenshots of what they said was internal information.
- Okta does not know the extent, says mnaybe the same info from the january breach
- Stock down 5%

Matthew Taylor
Hey eff off, John, you limerick denier
These poems are gold and get no deviner
Like Powell raising rate
Your grades, they deflate
Crushing markets and your subscribers