China’s property companies sector imploding under a heap of debt. 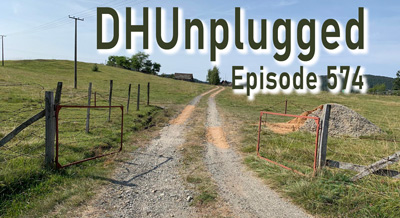 Warm Up
- Feels like 1998 - LTCM ("Over there" mentality)
--- China Evergrande default - China's 2nd largest property developer - $300 billion debt
- More comes out of Fed trading / ethics lapse
- Anyone  Freaking  out? Worst day in months....(Monday)
- Cows are smart - training to save the world
- We have  a limerick from the Mystery Limerick'r

What Is Wrong With This ??
- Something to say... listen up
- China Evergrande Group kicked off a process on Saturday to repay investors in its overdue investment products with discounted properties, Bloomberg News reported on Saturday.
- Investors who opt for discounted real estate in lieu of cash can start contacting wealth managers for more details, the report said, citing a Wechat post by Evergrande’s wealth division.
-- AND - looks as though markets are having a conniption since no bailout mentioned at all. This is key - need to ring fence this (default/bankruptcy will impact banks, lending and economy - China is leading global economy)
---- This has been percolating under the surface for a while - situation degraded significantly over past 2 weeks as more people took notice
--- "Over There" mentality - do you remember the last contagion that was restricted to China - not going to hurt anyone over here?????

Progressives Making Threats
- The White Dress has powers obviously
- Rep. Alexandria Ocasio-Cortez (D-NY) says that and she and 45 other progressives will vote against $1 trillion bipartisan infrastructure bill unless the larger $3.5 trillion budget reconciliation bill passes both chambers of congress
- What is up with this?

More China
- Macau casino operator stocks plummeted by as much as a third on Wednesday, losing around $14 billion in value, as the government kicked off a public consultation that investors fear will lead to tighter regulations in the world’s largest gambling hub.

Stimulus Efforts
- Stalled. Hard to get anything though as Dems/Biden have lost their direction - pushed around by far left
- Manchin stalling - wants to see if inflation stays around as he thinks already too much inflation
- Debt ceiling needs to come first, Republicans want dems to do on their own through reconciliation (Good/bad optics)

And....
- Biden Approval Rating - not so good.
- Public approval of U.S. President Joe Biden has dropped to the lowest level of his presidency, with Americans appearing to be increasingly critical of his response to the coronavirus pandemic
- The national poll, conducted Sept. 15-16, found that 44% of U.S. adults approved of Biden’s performance in office, while 50% disapproved and the rest were not sure
-NOT SURE OF WHAT? - if he is awake, alive, President?

Sears
- Sears was founded in Chicago in the 1890s. Its business blossomed through much of the 20th century, as it sold everything from homes to apparel. Sears was once the largest retailer in the nation, boasting thousands of stores.
- The last Sears department store located in the retailer's home state of Illinois is getting ready to close its doors for good.
- The shop, located in Simon Property Group's Woodfield Mall, is slated to shutter on Nov. 14

Tik Tok Stupidity
- A viral TikTok challenge is leading students nationwide to shatter mirrors, steal fire alarms and intentionally clog toilets
- Dubbed the the “Devious Licks challenge, students are showing off their "devious licks" on TikTok — with a sped-up version of "Ski Ski BasedGod" by rapper Lil’ B playing in the background.
- Vandalizing Schools - come on....
--- Seems like the Purge should be IRL to get rid of some of this dumb

Why Not?
- Boxing star Manny Pacquiao said on Sunday he will run for president of the Philippines next year, after railing against corruption in government and what he calls President Rodrigo Duterte’s cozy relationship with China.
- Pacquiao accepted the nomination of his political allies during the national assembly of the faction he leads in the ruling PDP-Laban Party,

Is this nice?
- Geriatric millennials have the most power in the workforce right now
- You've probably heard about the Great Resignation coined by psychologist Anthony Klotz, the trend involves millions of Americans dropping out of the workforce
- According to a recent analysis by the Harvard Business Review that looked at 9 million employee records from more than 4,000 companies, midcareer employees are driving the quits. Resignation rates are highest among 30- to 45-year-old employees, increasing on average by more than 20% over the past year.
- Smack in the middle of this job-resigning cohort is the "geriatric millennial," a term popularized by author and leadership Erica Dhawan to describe those turning ages 36 to 41 this year.

Let's Talk
- Powell orders ethics review after Fed presidents disclosed multimillion-dollar investments
- 1) Probably outcome? Chnage the rules to fit the crime (aka: Allow the Crime) 2) No fines, just a bad boy private hand slap
- Elizabeth Warren Up in arms - called on each Fed president to institute a ban on the ownership and trading of individual stocks by senior officials at each regional office.
- Amid the public backlash, both Kaplan and Rosengren have agreed to sell their individual stock holdings.
- BUT, there were also S&P 500 Futures trades, what is with that?

Smell Test
- AMC Entertainment Holdings Inc boss Adam Aron said the theater chain would accept ether, bitcoin cash and litecoin alongside bitcoin for ticket purchases, as cryptocurrencies gain acceptance among mainstream investors and companies.
- The moves do not pass smell test - all for immediate newsflash in the pan

NFT Insider Trading
- Who would of imagined?
- Rumors of insider trading at NFT marketplace OpenSea are true, according to a statement from the startup, which was recently valued at $1.5 billion.
- "Yesterday we learned that one of our employees purchased items that they knew were set to display on our front page before they appeared there publicly," the company wrote in a blog post on Wednesday.

Leftovers
- Walmart to accept Litcoin (not)
- Fake press release had the entire crypto complex moving
- Litecoin moves up 35% (temporarily)
- Just the fact that it moved up so quickly....

Cuba Libre!
- A CIA officer who was traveling with agency director William Burns to India this month reported symptoms consistent with Havana syndrome
- Havana syndrome, a mysterious set of ailments that include migraines, nausea, memory lapses and dizziness. (WHAT ELSE CAUSES THIS?)

Tax Code - IRAs
- Theil Loophole Tax
- House Democrats unveiled a tax package on Monday that would force distributions from one's nest egg if the value of individual retirement accounts, 401(k) plans and other retirement stashes exceed $10 million.
- Thiel, a PayPal co-founder, owns a Roth IRA that was worth $5 billion in 2019, according to a ProPublica report published in June, based on tax-return data. The IRA was worth less than $2,000 two decades earlier.

ANNOUNCING THE WINNER Of
CTP for Alcon (ALC)

Cows - Trained to Save The Word
- Big halabaloo about greenhouse gasses with Cows
- New Zealand program trained cows to go #1 in a potty (MooLoo)
- Urine contains nitrogen, and when mixed with feces becomes ammonia, which is an environmental issue with acid rain and other problems, Matthews said. It can also taint the water with nitrates and create the airborne pollutant nitrous oxide, he said.

Nigeria - Crackdown
- Nigerian authorities imposed a communications blackout on Monday in several parts of Sokoto state as a crackdown against armed kidnappers in the country’s northwest region spreads.
- Gangs of armed men seeking lucrative ransom payments, known locally as bandits, have spread across northwestern Nigeria over the past year, kidnapping more than 1,000 students from schools and taking others from hospitals, homes and roads.

Mystery Limerick
Markets are in a rotation
More stimulus is its salvation
For a few picks each week
We hope for a streak
Now how about a big fat donation?