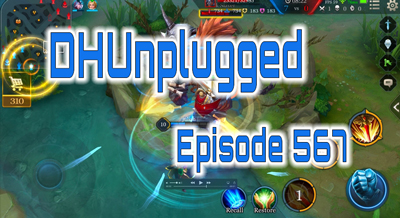 Masks Up – But Will That Mean Markets Down?

China continues to Burn Down the House – Gaming is ” Spiritual Opium”

Warm Up
- Earnings Season - Going Just Fine
- Florida - Plenty of COVID - No Fish...
- Oh the Yields - What is Making Them Drop?
- Masks Up - But Will That Mean Markets Down?
- - - Have you seen the FLA hospitalizations?
---- There will be no mass shutdowns
- China continues to Burn Down the House - Gaming is " Spiritual Opium"

Market Update
- $$ Trillions More - Bill making its way though house for roads and human infrastructure
- Eviction Moratorium Ends - Or Does it?
- Complacency - Did a whole show on the topic this week - TDI Podcast
- 10 year yield dips again - down below support to 1.15% on Monday.

Evictions Will Happen? (Maybe, Maybe Not)
- "Given the rising urgency of containing the spread of the Delta variant, on Sunday, the President asked the CDC to consider once again the possibility of executive action. He raised the prospect of a new, 30-day eviction moratorium—focused on counties with High or Substantial case rates—to protect renters. This temporary measure would spur States and localities to ramp up Emergency Rental Assistance programs to full speed this month, giving every landlord the opportunity to collect the rent they are owed and ensuring no eligible family gets evicted.
- How is this fair to the owners of the rental unit?

Unemployment Cliff
- Millions of jobless Americans are poised to lose Covid-era income support in about a month's time.
- This impending "benefits cliff" appears different from others that loomed this past year, when Congress was able to keep aid flowing after eleventh-hour legislative deals.
- More than 9 million people were receiving such assistance as of July 10, according to the Labor Department.
- About 7.5 million will still be collecting benefits by the time they end Sept. 6, Stettner estimates. They'd lose their entitlement to any benefits at that time.

BOOSTERS!
- Germany will start giving out COVID-19 booster shots next month, according to NY Times
- UK will start giving 32 mln booster COVID-19 shots next month, according to Telegraph UK
- AND - Pfizer and Moderna (amongst others) raising prices on vaccines
- Lindsey Graham tested positive this week (fully vaccinated)
- Florida - Hospitalizations at a peak - https://www.nytimes.com/interactive/2021/us/florida-covid-cases.html

Avis Budget Earnings
- Reports Q2 (Jun) earnings of $5.90 per share, excluding non-recurring items, $4.63 better than the S&P Capital IQ Consensus of $1.27; revenues rose 212.0% year/year to $2.37 bln vs the $2.01 bln S&P Capital IQ Consensus.
- "This is the best quarter result in our Company's history and a validation of all the hard work our team has put in since the pandemic began." said Joe Ferraro, Avis Budget Group Chief Executive Officer. "The momentum we saw in the second quarter is expected to continue through the summer and our team will be ready to take advantage of increased demand while maintaining rigorous cost discipline."

Fed Taper?
- Fed Governor Christopher Waller CNBC interview: If the next two jobs reports come in strong, he thinks the Fed has met its conditional of substantial further progress and could taper in September; There is "no reason to go slow on tapering"'; he wants to get it over with

BNPL
- Square Inc on Monday said it has agreed to purchase buy now, pay later (BNPL) pioneer Afterpay Ltd to create a global online payments giant, offering a 30% premium in a share-swap deal that is set to be Australia’s biggest-ever buyout.
- Created in 2014, Afterpay has been the bellwether of the niche no-credit-checks online payments sector that burst into the mainstream last year as more people, especially youngsters, chose to pay in instalments for everyday items during the pandemic.
- “Square and Afterpay have a shared purpose... Together, we can better connect our Cash App and Seller ecosystems to deliver even more compelling products and services for merchants and consumers,” said Square and Twitter Inc co-founder Jack Dorsey.
- BNPL companies take a piece of the price of the product as well as interest on the micro-note (Skimming)

Debt Ceiling
- The Treasury Department will begin conducting emergency cash-conservation steps on Monday to avoid busting the federal borrowing limit after a two-year suspension of the debt ceiling expired at the end of July.
- Economists say those so-called extraordinary measures will allow Treasury to pay off the government's bills without floating new debt for two to three months. After that, Congress will need to either raise or suspend the borrowing limit or risk the U.S. defaulting on its obligations.
- The limit, a facet of American politics for over a century, prevents the Treasury from issuing new bonds to fund government activities once a certain debt level is reached. That level reached $22 trillion in August 2019 and was suspended until Saturday.
- The new debt limit will include Washington's additional borrowing since summer 2019. The Congressional Budget Office estimated in July that the new cap will likely come in just north of $28.5 trillion.

Housing Boom Over?
- Sales of newly built homes dropped in June to the lowest level since the early days of the coronavirus pandemic in April 2020, according to the U.S. Census Bureau.
- Sales of new single-family homes fell to an annualized rate of 676,000, 6.6% below May's rate of 724,000 and 19.4% below the June 2020 level of 839,000.
- Analysts were expecting new home sales to increase by 3.4% in June to 795,000.
- Most of the homebuying is on the higher end of the market, and builders cannot afford to put up affordable homes due to skyrocketing construction costs.

Softbank
- Uber shares drop as Softbank plans to sell shares to cover Didi losses
-SoftBank is selling about one-third of its stake in ride-hailing company Uber to cover losses on its investment in Chinese ride-hailing company Didi, two people familiar with the matter told CNBC.
- It's planning to sell 45 million shares, which will have a 30-day lockup.
- How does selling Uber cover losses?

Robinhood (HOOD)
- IPO was soft - falling below IPO price of $38 immediately.
- Cathy Wood started buying and that helped shares
-  Robinhood expects to swing to a net loss of $487 million to $537 million in the second quarter after turning a profit in the same quarter last year.
- Options trading accounts for about 38% of revenue while equities and crypto are 25% and 17% of revenues, respectively.
- Stock trading near $40