Miles of stupidity being unleashed around the world. Geopolitics may be the thing that knocks markets for a loop. 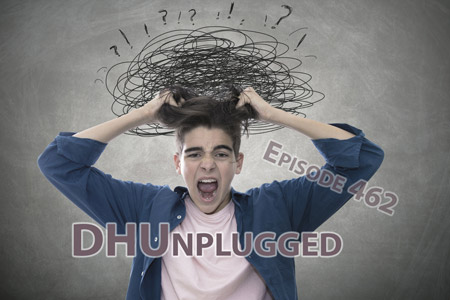 All eyes are focused on the outcome of the G-20 meeting this week. Watch for specific words when they announce their results.

Of course we talk economics, markets and all of the financial news that shape the week.

Banging the Highs
Best June for the DJIA since 1955
End of Quarter/Month approaching
Hope for some type of deal at the G-20 with China
- Watch for the word "Framework" as sign that nothing is done but they want markets to believe something is in the works.

- LAST WEEK UPDATE ON THE QUESTION: WHAT COULD GO WRONG? GEOPOLITICS

Seems as though it is All Trump All The Time - is this healthy or stupid?
- Angrier by the day
- Blame game in full gear
- What will calm things down? Is this good for the global economy?
- Tweeting non-stop

Trump:
"Iran’s very ignorant and insulting statement, put out today, only shows that they do not understand reality. Any attack by Iran on anything American will be met with great and overwhelming force. In some areas, overwhelming will mean obliteration"

More Stupidness
- TRUMP on Fed Rate Policy:
- “Think of what it could have been if the Fed had gotten it right. Thousands of points higher on the Dow, and GDP in the 4’s or even 5’s. Now they stick, like a stubborn child, when we need rates cuts, & easing, to make up for what other countries are doing against us. Blew it!” he concluded his second tweet.
- Why is this a thing?
- UPDATE - FED POWELL hits back at some of the politicizing of the Fed as of late.

Apple Expansion
- At a press conference this week, Apple and Seattle’s mayor, Jenny Durkan, announced that the company would bring 2,000 employees to the city over the next five years.
- That’s double the number of employees Apple had originally planned when it announced Seattle was part of a major US expansion this past December.

SALT TAX REPEAL?
- Repealing the contested $10,000 cap on state and local tax (SALT) deductions would largely benefit wealthier Americans, according to new data released by the Joint Committee on Taxation (JCT).
- Repealing the cap would decrease tax liabilities for 13.1 million people, the report – released on Monday – noted.
- “Approximately 99 percent of the decrease in tax liability accrues to taxpayers with $100,000 or more of economic income,” researchers wrote.
- Those with incomes of more than $1 million would see tax liabilities decrease by $40.4 billion. People with incomes between $500,000 and $1 million would see liabilities decline by $14.4 billion, while those earning between $200,000 and $500,000 would experience an $18.2 billion decline.
- Overall tax liabilities would decrease by $77.4 billion, the group found.

The Week in Stupidity Continues
- U.S. presidential contender Bernie Sanders proposed a plan on Monday to cancel $1.6 trillion in student loans and pay for it with a tax on Wall Street, elevating the issue in the 2020 debate and going beyond proposals from his Democratic White House rivals.
- Sanders, an independent U.S. senator from Vermont, said his plan would wipe out college debt for 45 million Americans and be funded with a tax on stock, bond and derivatives transactions that would raise about $2.2 trillion over 10 years.

Biotech M&A
- Shares of Allergan Plc soared Tuesday after news broke that the company was being acquired by pharmaceutical giant AbbVie Inc. in a deal worth about $63 billion.
- Allergan’s stock soared 28% in morning trade toward a 7-month high, while shares of AbbVie ABBV, fell 13% toward a 2-year low.
Under the terms of the deal, Allergan shareholders will receive $188.24 in cash and stock for each Allergan share — a 45% premium over Botox maker’s closing share price on Monday.
- The per-share bid is comprised of $120.30 in cash and 0.8660 shares of AbbVie stock.

STRIKE!
- Employees of the Boston-based online housewares giant Wayfair announced Tuesday that they would stage a walkout at the company’s Back Bay offices Wednesday to protest the company’s decision to sell furniture to operators of facilities for migrant children detained at the southern US border.

Just a question:
- President Trump said Monday that writer E. Jean Carroll was “totally lying” when she recently accused him of raping her during an encounter in a New York department store in the mid-1990s.
- “I’ll say it with great respect: Number one, she’s not my type. Number two, it never happened. It never happened, OK?” the president said while seated behind the Resolute Desk in the Oval Office.
- " Not My Type" - does this mean he would consider rape of she was his type?

Spy Drones
- Amazon.com Inc is exploring using drones not just to deliver packages but also to provide surveillance as a service to its customers, according to a patent granted by the United States Patent and Trademark Office.
- The delivery drones can be used to record video of consented user’s property to gather data that can be analyzed to look out, say for example, a broken window, or a fire or if a garage door was left open during the day, the patent described.
- According to the patent, the surveillance function of the drone can be limited through geo-fencing, a technology used to draw a virtual boundary around the property under surveillance. Any image or data that the drone captures outside the geo-fence would be obscured or removed.

1. Researches have found that flossing your teeth can help your memory. Flossing prevents gum disease, which prevents stiff blood vessels, which cause memory issues.

2. The Ethiopian calendar is 7.5 years behind the Gregorian calendar due to the fact that it has 13 months.

3. Amber colored rear turn signals are statistically proven to reduce collisions by about 28%.

4. Every second, the human eye moves about 50 times.

5. People who donate blood in Sweden are sent a text message each time their blood saves a life.