Government Shutdown – for a few days. Earnings season is moving along and nothing seems to be able to stop this market from going higher. 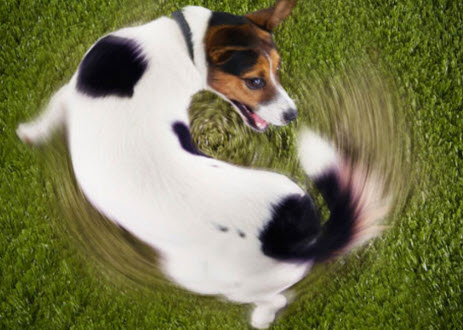 M&A activity in the biotech space starts the week off with a surge and economic conditions have been upgraded for most developed countries around the world.

Analysts are upgrading stocks prices at a healthy pace to keep up with markets.

Government shutdown - markets could care less. (But we are back open for the time being)
- Past government shutdowns have not been too much of a concern for markets - depends on the context of why shutdown occurred.
- Budget and spending may have some impact, but this one seems to revolve around a standoff about immigration - nothing related to money or markets.
- Generally investors believe that it is a temporary issue and will look past.
- The Blowoff top discussed last week did not confirm. (obviously)
- One of the best starts to a year for U.S. stocks in decades (back to 1997?)

You have to be QUICK if you are looking to take profits on short positions - DJIA ripped higher by 50 points in seconds at 10am this morning after a quick dive into the red.

Interesting to see all of the recent analysts upgrades of stocks. You have to wonder if this is the tail wagging the dog since markets appear to be dictating price and valuations that push analysts.

We should see some good outlook from tech companies as they have a major tailwind from the slumping USD and benefits from tax cuts...

Netflix earnings - pretty strong outlook (Stock up 12% in after hours to all-time high - worth over $100 billion now) - Major new sub additions will be reason for move along with outlook
- Just met on EPS and revenue this quarter - their preferred metric is operating margin which is now estimated to be 10% - up 300bps
- "In the near term, however, membership, revenue and original content spend are booming. We're growing faster than we expected, which allows us to invest more in original content than we had planned, so our FCF will be around negative $3B-4B in 2018."

Amazon is upping their price for Prime memberships by $2.
- Will generate about $300 million annually to the company

General Electric will be posting earnings before the open tomorrow.

Monday saw some massive M&A activity in the biotech sector.
- Celgene (CLEG) acquiring Juno for $87/share (26% premium)
- Sanofi (SNY) acquiring Bioverativ (BIVV) for $105/share (65% premium)
- With reduced regulatory concerns and an easy FDA (plus plenty of cash on hand) M&A in this sector may continue.
- Some nice emails (and donations) came in over the past few days thanking us for some of our picks over the past year - in particular EDIT and CRSP (up easily 100% each since mention)

Starting to see warnings come out for stocks - related to valuations and technicals
- Some indicators are at levels that have NEVER been seen for U.S. Stocks (RSI as example)
- FWIW - Spearman Indicator starting to show potential for a rollover/overbought condition

Intel Corp said on Monday that patches it released to address two high-profile security vulnerabilities in its chips are faulty, advising customers, computer makers and cloud providers to stop installing them.
- Intel Executive Vice President Navin Shenoy disclosed the problem in a statement on the chipmaker's website, saying that patches released after months of development caused computers to reboot more often than normal and other "unpredictable" behavior.

President Donald Trump has approved recommendations to impose safeguard tariffs on imported large residential washing machines and imported solar cells and modules
- Several world leaders have come out in opposition of this move
- Solar companies in the US got a nice boost on the news.

There once was Fed in control
Low rates and loans were the goal
Now with bubbles galore
And longing for more
Metastability is in a black hole.

According to Bloomberg – citing Lex Sokolin, global director of FinTech strategy at Autonomous Research – in under 10 years, hackers have been able to steal $1.2 billion worth of bitcoin and Ether. Based on where bitcoin was trading at the end of 2017, the value of the stolen cryptocurrencies would be a lot higher, noted the report.

Depressing: Following a recent diagnosis of Parkinson’s disease, singer-songwriter Neil Diamond has cancelled his upcoming Australia and New Zealand tour dates, and has announced he is retiring from concert touring effective immediately.

Doesn't End - Germany’s KBA automotive watchdog has detected illicit emission-control software in Audi’s latest Euro-6 diesel models and has ordered a recall of 127,000 vehicles, Bild am Sonntag reported.
- Audi, a unit of Volkswagen, said in a statement that the models had been included in a voluntary recall of 850,000 diesel vehicles with V6 and V8 TDI engines announced in July.