Missiles from North Korea, OPEC scrambling, out of control Tweets and even a revolving door at the White House. 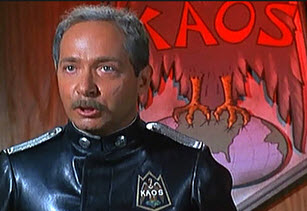 There is plenty of chaos when it comes to the geopolitical front. The good news is that market participants are happy to ignore it all.

Plus Apple’s earnings, a review of our latest stock ideas and more malfeasance from a well know bank…

The market continues to chug along with new highs for the DJIA almost daily. Closing in on 22,000 for the DJIA...

Generally speaking, U.S. economics are still slugging along, nothing too hot, not too cold. GDP print was 2.6% annualized for the latest quarter. That was a bit less than anticipated... markets not that happy about, but still managed to move past a day later.

Markets also do not seem to care about the "Chaos" in the White House. Scaramucci in/out in 10 days.
- Was this the greatest tax scam ever? Sell company, get Govy appointment, pay no tax on sale and then out.
- OR - was this a game that was played to totally humiliate the MOOCH after what he said about Trump in 2015

Healthcare repeal blocked again and again - Do we think that Trump will use executive order somehow on this? Will the Senate change the voting rules bu using "Nuclear Option" to

Outflows from PowerShares QQQ Trust Series 1, which tracks the Nasdaq 100 Index topped $3.7 billion for the five sessions ending July 28, the most since early November 2007.
- Is there concern that the U.S. weakness is overdone?
- U.S. Dollar weakness (down 10% YTD)

The hits keep coming - More than 800,000 people who took out car loans from Wells Fargo were charged for auto insurance they did not need, and some of them are still paying for it, according to an internal report prepared for the bank’s executives.
- The expense of the unneeded insurance, which covered collision damage, pushed roughly 274,000 Wells Fargo customers into delinquency and resulted in almost 25,000 wrongful vehicle repossessions, according to the 60-page report, which was obtained by The New York Times. Among the Wells Fargo customers hurt by the practice were military service members on active duty.

The hedge fund industry: (is this a perma situation?)
- Paul Tudor Jones’ investors are increasingly deserting him.
- The firm saw clients pull about 15 percent of their assets from his main fund in the second quarter, according to investors who asked not to be identified discussing private information.
- That’s left client assets at about $3.6 billion, almost half the value a year ago.

Absolute brilliance - How this author made $290,000 selling books.

31 Eyeballs found in man's rectum: Police made a routine traffic stop early Thursday morning and got more than they bargained for when Roy Tilbott, 51, stepped out of his El Camino for a field sobriety test and Casper police noticed several eyeballs slide from his right pant leg onto the road.
- Tilbott assured police the eyeballs were not human, but instead cow eyeballs he had pilfered from Johnson Meats (a slaughterhouse) where Tilbott is employed as a butcher.
- Tilbott explained his actions:  “I enjoy eating bovine eyeballs and smuggling them out in my colon was the only way I knew how to get them out without potentially getting caught and fired.”
- Tilbott told police he estimates he has smuggled several thousand eyeballs from the plant over the past few months.
- “I put them in soups,” Tilbott said in the police report. “They’re beneficial for erectile dysfunction, which I currently battle, but I also just like the texture and taste.”

The Slovenian Statistics Office said Monday that some 1,939,000 tourists visited the Alpine country of 2 million in the first half of this year, a 15 percent increase from the same period last year.
- Analyzing the impact of the Slovenian-born first lady on the tourism growth, the statistics office said the number of U.S. visitors has risen 15 percent since Donald Trump took office in January.

North Korea said on Saturday it had conducted another successful test of an intercontinental ballistic missile (ICBM) that proved its ability to strike America's mainland, drawing a sharp warning from U.S. President Donald Trump and a rebuke from China.
- North Korean leader Kim Jong Un personally supervised the midnight launch of the missile on Friday night and said it was a "stern warning" for the United States that it would not be safe from destruction if it tries to attack, the North's official KCNA news agency said.

The U.S. Food and Drug Administration aims to reduce nicotine levels in cigarettes while exploring measures to move smokers toward e-cigarettes, in a major regulatory shift announced on Friday that sent traditional cigarette company stocks plunging.
- The move means FDA Commissioner Scott Gottlieb has thrown his regulatory weight on the side of those advocating for e-cigarettes in the debate over whether they potentially hold some public health benefits.
- Shares of major tobacco companies in the United States and UK slumped in heavy trading volume, with the world's biggest producers poised to lose about $60 billion of market value.

Seems to be a good amount of this going on....
- U.S. Energy Secretary Rick Perry optimistically discussed expanding American coal exports to Ukraine and other energy matters during a lengthy phone call this month with a Russian prankster who Perry thought was Ukraine's prime minister.