China markets were once again denied the coveted inclusion by MSCI in a further setback to the markets. 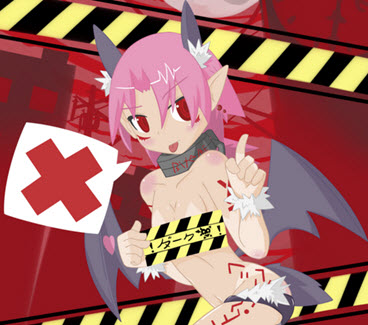 Brexit worries are preventing new market highs as trades are unwound ahead of the June 23rd vote and hopes are alive that the Fed will say something, anything that will reignite a flame for bulls to keep buying…

What to make of the VIX? Microsoft’s purchase of LinkedIn and more…

Sponsor: This episode is sponsored by YestoBitcoins.com

Markets in a bit of a tailspin after the latest Brexit poll. With the Fed meeting this week - is this just a way of pressing on the Fed to not do anything?

Retail sales for May came in slightly better than expected, but still nothing to get too excited about.
- U.S. luxury fashion retailer Neiman Marcus Group Ltd LLC reported its third straight quarterly drop in sales at established stores and a nearly 81 percent fall in profit amid a slowdown in apparel spending.
- What is going on with higher end retail ???

The VIX - skyrocketing - 50%+ over past few days to a high of over 21 today. Was under 13 last week. The last time  we saw this lvel was back in February as markets were being sold off in a hard correction. Moves like this often signal bottoming potential as many are seeking to buy protection at any price.

Microsoft (MSFT) buying LinkedIn (LNKD) for 50% premium - about $25 billion. Any other targets?
- LinkedIn down 13% YTD even after the $196 price paid...
- Twitter shares surge on the report as hope is alive that they will become a target for acquisition

Brexit - the polls now show a lead to the LEAVE side of things - markets are moving along with every headline. Some listener emails about what will benefit and what will see more problems.

Apple WWDC - anything exciting???? Stock did not price as anything was incrementally beneficial....

After a seemingly interminable wait, the yield on Germany's 10-year sovereign debt has dropped below zero for the first time. The shift into negative territory is part of a continuing trend across global markets that has seen record low yields and surging volatility in developed market sovereign debt.

Investors will be watching China as MSCI Inc. is set to announce early Wednesday local time whether they are going to include mainland shares in their global benchmark indices. NO! Declined for the second time around. MSCI said China had made "significant steps" towards bringing the market "closer to international standards".
- However, the US financial data firm said its "extensive global consultation" showed that Beijing had not addressed all its concerns over barriers to foreign investors.
- MSCI added that it would retain the option to include the A-shares as part of its next market classification review in 2017.

"Use your bitcoins to to get gift-cards for stores in North America, Europe or Asia at YesToBitcoins.com . We have been accepting bitcoins as payment, for gift-cards since 2014.
Go to YestoBitcoins.com

Announcing the Winner of Fitbit (FIT)

Since inception - withing 2 basis points of each other.....

- Neck and neck since inception - Ole Codger's Portfolio slightly ahead....

Dead or not? The two largest daily fantasy sports companies, FanDuel Inc and DraftKings Inc, are in early-stage talks to merge, people familiar with the matter said on Monday, as the industry faces a crackdown by U.S. states over whether it runs illegal gambling.

OOPS! A Goldman Sachs executive footed the bill for prostitutes and the bank paid for a lavish trip to Dubai for the brother of a decision-maker at Libya's sovereign wealth fund, a lawyer for the fund alleged on Monday, in a case it has brought against Goldman in London's High Court.

In the wake of the Orlando massacre at popular nightclub Pulse, where 49 people were pronounced dead, a local Chick-Fil-A opened up on a Sunday to cook up hundreds of their famous chicken sandwiches and batches of their sweet tea.

More than 45,000+ people are currently on the wait list to eat a meal, naked,at London's much-anticipated The Bunyadi (aka the "naked restaurant"), which officially opens this month.
- Once diners get inside, remove their clothes and relinquish their smartphones, they will chose between two menus: naked non-vegan and naked vegan. The former features goji berry steak tartare with stinging nettle oil and cured salmon with seaweed salad. The latter features a sweet and salty "forage plate" and an asparagus dish with salted almonds, pickled red onion and melon. Both go for £69, which also gets you a robe and slippers. Wine (which you will probably need a lot of) is extra.

So what do we think of Soros and Ichan now? Are they right to be so pessimistic?

Appears that Russian hackers hacked the DNC site/info bank and stole info on Trump. How will that be used?