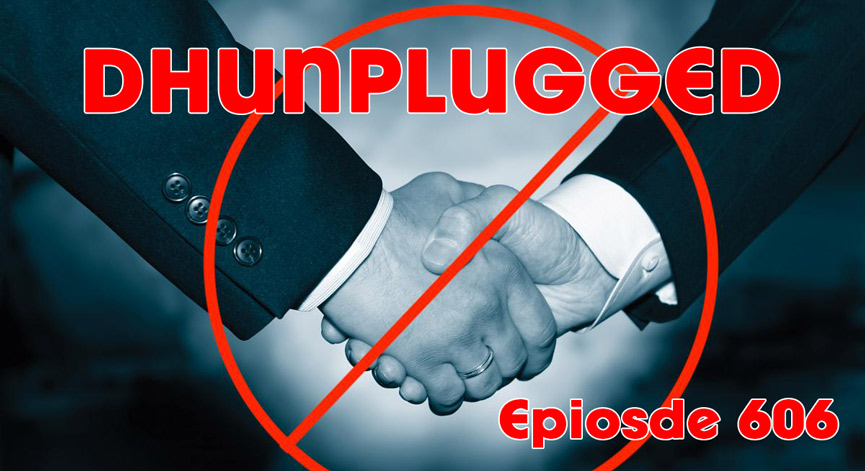 Oil prices are back up and this is cause for some concern.

Bernanke in an unusual twist….

We Have A Problem

Bernanke
- On why Fed waited too long: “One of the reasons was that they wanted not to shock the market,” he said. “Jay Powell was on my board during the Taper Tantrum in 2013, which was a very unpleasant experience. He wanted to avoid that kind of thing by giving people as much warning as possible. And so that gradualism was one of several reasons why the Fed didn’t respond more quickly to the inflationary pressure in the middle of 2021.”
- Former Federal Reserve Chair Ben Bernanke said the central bank erred in waiting to address an inflation problem that has turned into the worst episode in U.S. financial history since the early 1980s.
- BUT WHY IS HE TALKING NOW??????
---- Bernanke’s new book is “21st Century Monetary Policy: The Federal Reserve from the Great Inflation to COVID-19” and will be released officially Tuesday.

Baby Formula - Serious Shortage
- Shelves bare
- Baby formula aisles at U.S. supermarkets have been decimated since top U.S. manufacturer Abbott Laboratories in February recalled formulas after complaints of bacterial infections.
- Abbott said on Monday it had reached an agreement with the U.S. health regulator to resume production of baby formula at its Michigan plant
- European and other producers stepping up production to deliver to US.  - granting unlimited overtime to employees to put in extra shifts
- Nestle is flying baby formula supplies to the United States from the Netherlands and Switzerland.
- The world's largest packaged food group is moving Gerber baby food formula to the United States from the Netherlands and Alfamino baby formula there from Switzerland
- House introduces $28 mln bill to address baby formula shortages (Making emergency supplemental appropriations to address
the shortage of infant formula in the United States  for the fiscal year ending September 30, 2022, and for other purposes. )

Twitter - What?
- Musk looks to looks at the base count of bots/fake account process of Twitter
- Now wants an accurate count of bots vs. real users
- Maybe thinking of lowering price
- Deal "on hold" until he can sort through fake account concerns
- Trying to get out of deal? Trying to get  better deal? Just wants publicity and mess with markets? Something otherwise ....?
- Basically Musk is saying he will only do deal if bots/fakes under 5%

Global Economy
- Seeing a general slowdown - just the start of something for most areas
- China - BIG problems due to COVID lockdowns
-- Retail sales in April shrank 11.1% from a year earlier, the biggest contraction since March 2020
-- Dining-out services were suspended in some provinces and China's auto sales in April plunged 47.6% from a year earlier as car makers slashed production amid empty showrooms and parts shortages.
-- industrial production fell 2.9% from a year earlier, notably worse than a 5.0% gain in March and was below expectations for 0.4% growth

Jetblue Hostile
- JetBlue Airways Corp on Monday commenced a hostile all-cash takeover bid for Spirit Airlines Inc, days after the discount carrier rejected an offer from the larger rival.
- Now offering $30 per share and will negotiate to the $33
- Spirit rejected the offer previously
- Flew both last week - Spirit is horrible

Embryo-Flation
- In South Korea, fewer women are having children and those who do are in no rush. The sky-high costs of housing and education make financial security a must.
- South Korean women freeze eggs as child costs surge

Softbank - No Surprise
- The Japanese giant's Vision Fund posted a 3.5 trillion yen loss ($27.4 billion) for its financial year ended Mar. 31, the biggest loss since the investment fund began in 2017.
- SoftBank also recorded write-downs in valuations for some of the private companies that it invests in.|-
- Masayoshi Son (The Cathy Wood of Japan?)

Crypto - Pain
- The price of bitcoin plunged as low as $25,401.29 last week
- Ether, the second-biggest digital currency, tanked to as low as $1,704.05 per coin.
- weighing on traders' minds is the downfall of embattled stablecoin protocol Terra. TerraUSD, or UST, is supposed to mirror the value of the dollar. But it plummeted to less than $0.10 as the entire sham unravels
---- The USTerra (and Luna)should be a red flag and a call for regulation on some of these deals

Why?
- Shake Shack & NotCo kick off test of first plant-based chocolate frozen custard and Milkshake
- With a mission to reinvent the food industry by creating plant-based replacements for animal products that are so delicious you can't taste the difference

The Most Valuable Game
- Oil giant Saudi Aramco on Wednesday surpassed Apple as the world's most valuable firm.
- Aramco's market valuation was just under $2.43 trillion on Wednesday, according to FactSet, which converted its market cap to dollars. Apple, which fell over 5% during trading in the U.S. last week, is now worth $2.37 trillion +/-

More on Valuations (First two week's of May - action was relentless)
- Microsoft has lost around $189 billion in value.
- Tesla's markdown registers at $199 billion, months after seeing its valuation fall below $1 trillion.
- Amazon's market capitalization has declined by $173 billion.
- Alphabet, Google's umbrella company, is worth $123 billion less than it was ending April
- Graphics card maker Nvidia's loss stands at $85 billion.
- And Facebook parent Meta Platforms has lost $70 billion in value.

Stupider than Dumb
- We told you!
- The Department of Energy announced Wednesday it will solicit bids to buy 60 million barrels of oil to help start to replenish the record release from the Strategic Petroleum Reserve (SPR) that President Biden approved earlier this spring to address high gas prices.
- The bidding process will begin in the fall, with a goal of replenishing about one-third of the 180 million barrels released in response to the Russian invasion of Ukraine.
- Announcing buying at that level will keep oil prices up - so dumb
-----***---- AS Gas Prices at the pump hit a record

And this...
- McDonald's has said it will permanently leave Russia after more than 30 years and has started to sell its restaurants.
- The move comes after it temporarily closed its 850 outlets in March.
- The fast food giant said it made the decision because of the "humanitarian crisis" and "unpredictable operating environment" caused by the Ukraine war.
- The opening of McDonald's first restaurant in Moscow in 1990 came to symbolise a thaw in Cold War tensions.

Justin Duiguid (pronounced Due-gid)
The ruble is not backed by gold,
That’s merely what we’ve been told!
The truth about oil
Would make us recoil
And that keeps the sheep in the fold.