Gamechanger – a new drug that could make it to market to control COVID. 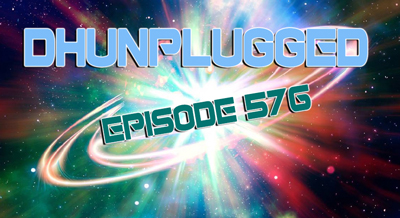 Announcing a new Closest to The Pin!

Warm Up
- BANGARANG! Oil Prices are on the move! Calls for a move toward $100 starting
- Can you hear the "Perfect Storm" narrative
- Some commentary on "The Taper"
- Amazon working on a Smart Fridge
- Facebook - Emperors New Clothes?
- A New Closest To The Pin Announcement
- Another BANGARANG  - Merck COVID treatment pill

Quick scheduling note - No Show on October 18 - mark your calendars

John? Lottery??
- There's a Powerball winner in California who's about to be ultra-wealthy — even after giving good ol' Uncle Sam a cut of the windfall.
- A single ticket sold in the Golden State matched all six numbers drawn Monday night to land the game's $699.8 million jackpot. The top prize had been growing since early June when a ticket sold in Florida won $286 million.

Evergrande still in the news
- Pulling down shares of other property developers in Chinas
- Trading halted last couple of days awaiting some announcement
- Investors threatening to kill  themselves if they lose money
- Now, Indebted developer Evergrande is set to sell part of its stake in its property services unit, the second asset sale in as many weeks as the liquidity-squeezed property giant scrambles to raise cash.
----- State owned enterprises will probably be the likely buyers

Economic Reports
- Seems to be background noise right now
- Mixed bag, ISM Services picked up, confidence down, retail sales down, factory orders up
- New investors do not worry about this - their thesis is simple:
---- It is all about price and moving price up. Keep adding money in a good market condition. If markets fall, the government will step in and provide support - so keep buying.

COVID GameChanger?
- An experimental antiviral pill developed by Merck & Co could halve the chances of dying or being hospitalized for those most at risk of contracting severe COVID-19, according to data that experts hailed as a potential breakthrough in how the virus is treated.
- MRNA and PFE and other vaccine company stocks took it on the chin
- 50 % effective - phase 3 may end to move to EUA Approval

Amazon Smart Fridge
- Amazon is reportedly aiming to bring some of the tech it uses at cashierless Amazon Go stores to your kitchen. According to Insider, the company has been working on a smart fridge that can monitor items and help you order replacements if you're running low on something.
- Shopping for items is not always the same....
- What if I bought a certain brand of ketchup but next time wanted a different brand?
- Food will get boring if the same thing ordered over and over

Oil - Hits 3-year high
- Brent crude oil futures hit a fresh three-year high on Tuesday, with U.S. benchmark crude close to 2014 peaks, after the OPEC+ group of producers decided to stick to its planned output rises rather pumping even more.
- Looks like getting back at the markets/consumers after the pain from COVID lockdowns.

Bitcoin and Cryptos
- Back above $50,000
- Coins on the move
- Reasons? Musk - no regulation talk
- Gensler - Regulation talk
- Jamie Dimon - fools gold talk?
- OR Realization that the global economy is teetering on the edge?

Earnings - PepsiCo
- PepsiCo Inc raised its full-year revenue forecast on Tuesday, as the opening of public venues including theaters and restaurants following the lifting of pandemic-induced restrictions boosted demand for its sodas and snacks.
- All metrics looked good - however:
- - - PepsiCo's net attributable income fell about 3% to $2.22 billion, due in part to higher distribution costs as it grappled with rising raw material prices and global supply chains disruptions, which have pressured profit margins at packaged food companies this year.

Tesla
- While other companies are shutting down - Tesla cranking them out
- Tesla delivered 241,300 electric vehicles during the third quarter of 2021, the company reported Saturday.
- Analysts predicted that Tesla would deliver around 220,900 electric cars during this period
- Meanwhile - US Vehicle Sales have dropped to their lowest since APRIL 2020

Space Update
- William Shatner is scheduled to launch on the next crewed spaceflight of Jeff Bezos' Blue Origin.
- The launch is planned for Oct. 12. Blue Origin's vice president of mission and flight operations Audrey Powers is joining the flight, with the crew of four rounded out by the previously announced members Planet Labs co-founder Chris Boshuizen and Medidata co-founder Glen de Vries.

Interesting Stat
- Just 0.1% of mortgage loans issued this year are tied to adjustable rates.
- That’s compared to about 60% during the bubble years of the mid-2000s.

TAPER TALK
- Latest comments have been around the start of the taper process
- What is the Taper?
- What do they really mean when they say the Taper will b completed by mid-2022??????

Facebook
- Whistleblower and Outage on Same Day?
- Facebook employees and contractors complained on Monday that they were unable to log into their work accounts following the company's blackout
- Coincidence that the report hits and FB shuts down?
- "This outage was triggered by the system that manages our global backbone network capacity. The backbone is the network Facebook has built to connect all our computing facilities together, which consists of tens of thousands of miles of fiber-optic cables crossing the globe and linking all our data centers

Fed Insiders
-Sen. Elizabeth Warren on Monday urged the Securities and Exchange Commission to investigate whether three Federal Reserve leaders violated insider trading rules in 2020, when they bought and sold assets as the central bank ramped up efforts to save the U.S. economy from economic turmoil.
- Warren, who sits on the congressional committee that oversees the Fed, pressed SEC Chairman Gary Gensler to look into "ethically questionable transactions" made by Fed Vice Chair Richard Clarida and regional Presidents Robert Kaplan and Eric Rosengren.

Follow Up - Taxis
- According to the New York Taxi Workers Alliance (NYTWA), the average debt owed on medallions by taxi drivers is $600,000.
- A protest to restructure the medallion debt run by the NYTWA has garnered the support of progressive politicians including Senator Chuck Schumer, Congresswoman Alexandria Ocasio-Cortez, state senator Jabari Brisport, and state assemblyman Zohran Mamdani.
- Feeling bad that they are losing money but who will pay for the restructure exactly?

Tariffs
- U.S. Trade Representative Katherine Tai will declare Monday that an extensive review found China isn't meeting its commitments under the Phase One trade deal, senior administration officials said — laying the groundwork for the Biden administration to keep in place Trump-era tariffs while considering other punitive actions.
- Sooooooo, Biden is going to keep the tariffs?