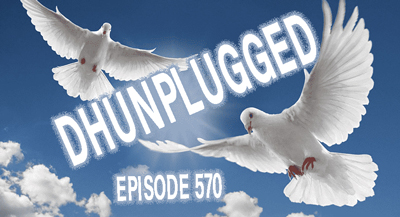 Market Dips Bought up – back toward ATH.

Warm Up
- Call of The Doves - Powell Must Stay!
- Think Tank issues mixed report on Powell
- OnlyFans News - Keeping it Clean
- Booze still banned - extended in air
- FDA approves Pfizer vaccine for all over 16 yrs old - Need to make new excuse why not to take it

Think Tank - Powell
- A think tank highly critical of Federal Reserve Chair Jerome Powell's record on banking regulation released an assessment of his four-year tenure on Monday that is by turns scathing and complementary, highlighting the competing considerations as U.S. President Joe Biden weighs whether to reappoint him.
- The 23,000-word report from Better Markets, released ahead of the Fed's annual Jackson Hole central banking conference, now being held virtually, highlights Powell's "very poor" record on banking regulation and his "inexplicably slow" response to climate-related risks.
- It also praises his "exemplary" handling of former President Donald Trump's attacks on the U.S. central bank's independence, and takes note of his quick and aggressive action to shelter the economy from the impact of the coronavirus pandemic and the benefits of the Powell-led Fed's new focus on boosting the labor market.

Who is to blame for COVID spread?
- According to Texas Lt. Gov. Dan Patrick: African Americans... Them
- “Well, the biggest group in most states are African Americans who have not been vaccinated. Last time I checked, over 90 percent of them vote for Democrats in their major cities and major counties, so it’s up to the Democrats to get … as many people vaccinated.”

In Stock News
- Amazon going backwards - Openin retail (brick and mortar) stores
- Toys R US opening up in more than 40o0 Macy's stores next year (Can't keep them down)
--- Macy's is joining forces with the owner of Toys R Us to bring an assortment of toys, games and other gadgets for kids to more than 400 of the department store chain's locations and online. (Didn't Macy's already have toys?)

Best Buy Earnings
- All look good
- Some supply chain issues - but that is expected
- "Best Buy on Q2 conference call says sees a more promotional holiday envm't, more discounting vs last year "
---- How is that?

Student Debt Cancellation
- The U.S. Department of Education announced on Thursday it will cancel $5.8 billion in student debt for more than 320,000 borrowers.
- The debt forgiveness, which will go to borrowers with a total and permanent disability, will be automatically granted using data already available to the Social Security Administration. People should start seeing the relief in September.
- How does this make any sense? (Aside from Virtue Signalling?)
- What about people that cannot afford - why single out just one segment of the population????

Topps - On The Bottom
- Major League Baseball will abandon Topps as its partner for trading cards, ending a relationship that's been in place since 1952.
- Fanatics, the company that makes sports apparel, is expected to get the trading card deal instead, according to two people familiar with the matter. Fanatics and MLB declined to comment.
- MLB renewed its deal with Topps in 2018, and the existing deal ends in 2025.
- SPAC merger with Mudruck Capital is not going to happen now (MUDS)

Afghanistan Discussion?
- Blunder and poor decision making
- Why would advisors allow this?
- Now --- U.S. President Joe Biden's administration said on Sunday that commercial aircraft would be used to help ferry people who have been evacuated from Afghanistan.
- A Pentagon spokesman said the 18 aircraft, including from United, American Airlines, and Delta, would not fly into Kabul but would be used to transport people who have already been flown out of Afghanistan.
- This would be only the third time the "Civil Reserve Air Fleet" has been activated. The first time was during the Gulf War in 1990 and then during the invasion of Iraq in 2002.

Crytpo or Gold?
- While some companies like Tesla are diversifying into bitcoin, data analytics software company Palantir is betting on gold. Palantir bought $50 million in gold bars in August, the company disclosed in its latest earnings statement.
- The move reflects a growing company stashing cash in an unconventional asset in response to economic uncertainty spurred by the coronavirus pandemic and governments' response to it.
- Confused as to why buy such a "hard" asset with an unprofitable company
- What do they know??

No Booze
- American Airlines this week extended its suspension of domestic main cabin alcohol sales through Jan. 18 an effort to curb unruly traveler behavior that has surged this year.
- "We are doing all we can to help create a safe environment for our crew and customers onboard our aircraft," Stacey Frantz, American's senior manager of flight service policies wrote in a staff note on Wednesday.
- Southwest Air may delay resumption of sales as well.

China  Stocks
- More than $560 billion in market value has been wiped off Hong Kong and mainland China exchanges in a week as funds capitulate out of once-favored stocks, unsure which sectors regulators will target next.
- China’s tech stocks slumped to new lows on Friday and Hong Kong’s benchmark index hit an almost 10-month trough, as an unrelenting series of Chinese regulatory crackdowns crushed investors’ confidence.

Spotify - Opening Up Subscription Service
- Starting today, we're making Podcast Subscriptions available to all U.S. podcasters. Our model is built to maximize creator revenue and offer the widest possible reach so creators can grow their audiences and develop deep connections with listeners.
- Creators will now find that in Anchor, they'll be able to mark episodes as subscriber-only and publish them to Spotify and other platforms.
- Today, we're also rolling out some updates to the product based on learnings during the testing period: We will be expanding the number of pricing points to 20 options that can be chosen by the creator, offering increased flexibility.
- We now offer the ability for creators to download a list of contact addresses for their subscribers so they can further engage with their subscriber bases and offer even more benefits.
- Soooooo, there current model isn't working so well it seems

Why is this news?
- Take this slowly....
- "While the public has been calling on Bezos to end world hunger or buy vaccines for almost two-thirds of the planet’s population, Bezos has been able to live out every child’s wildest dream by putting a soft-serve ice cream tap in his house, according to ice cream machine maker CVT Soft Serve."