They’re back! Banks get the green light from the Fed. 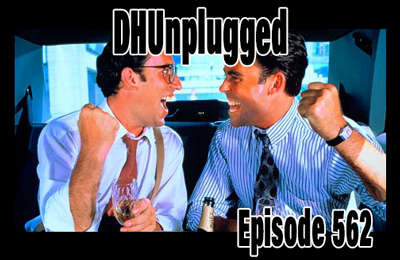 Petitioning for a one-way flight for Bezos?

This Week
- Fed changed the story
- Look here, not there
- Markets have a Pandemic move feel to them
- Employment report and More Fed Speakers
- Markets Looking to end the month in the Green
- IPOs - DID Global

Survey Says
- What is your motivation for day trading
--- 1500 surveyed

Bezos In Space
- A petition on Change.org entitled "Do not allow Jeff Bezos to return to Earth" launched in early June, after Bezos announced his plans to fly on next month's first passenger spaceflight of his company Blue Origin, and the petition already has more than 122,000 signatures as of Friday afternoon.
- Guy who started the petition: "Billionaires should not exist...on earth, or in space, but should they decide [to go to] the latter, they should stay there."

Subway Tuna Sandwich?
- Tests recently done by a commercial lab have proved that no identifiable tuna DNA was found in Subway’s sandwiches, reported the New York Times.
- The newspaper had 60 inches of tuna sandwiches from three different Subway locations in Los Angeles tested.
- The “tuna” was removed, frozen and sent to an unidentified commercial food testing lab as the chain faces a lawsuit filed in U.S. District Court for the Northern District of California earlier this year alleging the ingredient it calls “tuna” actually contains no tuna at all.
- “No amplifiable tuna DNA was present in the sample and so we obtained no amplification products from the DNA. Therefore, we cannot identify the species,” the test results read.

Special
- Britain’s health minister Matt Hancock quit on Saturday after he was caught breaking COVID-19 rules by kissing and embracing an aide in his office, enraging colleagues and the public who have been living under lockdown.

Tour de Crash
- Sign holder moved out a bit too far in street causing a cyclist (Tony Martin) to crash into it and then cause a massive pileup.
- The woman, who is believed to be German, got on a flight and is untraceable.

Banks!!!!!!!!!
- Surprise! All banks on the  latest round of the Fed's Stress test passed
- Expect announcements of div increases and share buybacks (Especially combined with earnings reports)

Covid Update
- Morgan Stanley on Tuesday told its staff that workers and clients who are not vaccinated against Covid-19 will be barred from returning to New York City and Westchester County offices with a large employee presence beginning July 12
- JPM followed with same general comments
- Delta and Delta + now?
- Australia lockdown, England re-masking
- Where is this going?

Roth IRA - Madness
- Report comes out that Roth IRAs may be under attack after stuffing with "below fair Value" assets
- ProPublica reported Thursday that the Roth IRA, a retirement vehicle originally intended to spur middle-class savings, was being hijacked by the ultrawealthy and used to create giant onshore tax shelters.
- Tax records obtained by ProPublica revealed that Peter Thiel, a co-founder of PayPal and an investor in Facebook, had a Roth IRA worth $5 billion as of 2019. Under the rules for the accounts, if he waits till he turns 59 and a half, he can withdraw money from the account tax-free.
- ProPublica’s investigation showed that Thiel purchased founder’s shares of the company that would become PayPal at $0.001 per share in 1999. At that price, he was able to buy 1.7 million shares and still fall below the $2,000 maximum contribution limit
- PayPal later disclosed in an SEC filing that those shares, and others issued that year, were sold at “below fair value.

Tesla
- Tesla and SpaceX CEO Elon Musk said he will only publicly list satellite broadband service Starlink when its cash flow is more predictable.
- Starlink, which is currently operated by space exploration firm SpaceX, allows people to connect to the internet via a satellite dish that is placed on or near their property. The internet is beamed down to the dish via Starlink satellites that have been put into orbit by SpaceX.
- Tesla seeing a massive virtual recall of cares made in China (Stock up)

Home Sales
- Equilibrium reached?
- Sales of new U.S. single-family homes fell to a one-year low in May, likely hindered by expensive raw materials such as lumber, which are boosting the prices of newly constructed homes.
- New home sales dropped 5.9% to a seasonally adjusted annual rate of 769,000 units last month, the lowest level since May 2020, the Commerce Department said on Wednesday.
- April's sales pace was revised down to 817,000 units from the previously reported 863,000 units.

John McAfee
- Dies in prison, just hours after extradition back to US was approved
- Was it suicide?
- Was there a dead-man's switch that he created to release sensitive data?

JCD Substack
- The Perils of The Personal Pronoun

Not the First Time
- Michael Burry deleted his Twitter account on Monday after sounding the alarm on a colossal bubble in asset prices and predicting the worst crash in history.
-"Greatest Speculative Bubble of All Time in All Things"  his description of the state of markets last week. "All hype/speculation is doing is drawing in retail before the mother of all crashes," he tweeted a couple of days later.

Weird Story
- In a speech to the James Madison Academy 2021 graduating class, David Keene, a former NRA president and current board member of the gun rights group, called on the teens to fight those looking to implement tighter gun restrictions.
- He was addressing 3044 empty chairs for a school that does not exist via a pre-film
- Without realizing it, Keene was actually addressing his comments to thousands of empty chairs set up to represent the estimated 3,044 kids who should have graduated high school this year and instead were killed by gun violence.
- After filming, Keene and Lott were told the graduation was canceled and were not informed before the videos release on Wednesday that the events were fake.

Warren Buffett
- The billionaire investor Warren Buffett said he is resigning as a trustee of the Bill and Melinda Gates Foundation, and has donated half his wealth to philanthropy since pledging 15 years ago to give away his fortune from running Berkshire Hathaway Inc.
- What is going on - really?

California - Nice Guys
- California will pay off the accumulated unpaid rent that has piled up during the COVID-19 pandemic, the AP reports.
- Why it matters: The move would fulfill a promise to landlords to help them to break even, while giving renters relief, the AP writes.
- The state has accrued $5.2 billion from various federal aid packages to pay off people's rent, which should be enough to get the job done, Jason Elliott, senior counselor to Gov. Gavin Newsom (D) on housing and homelessness, told AP.

DIDI IPO Update (China Ride Sharing)
- Should start trading tomorrow
- Priced IPO at $14 (high end)
- An over-allotment option, or greenshoe, exists where a further 43.2 million shares can be sold to increase the size of the deal.
- HOT DEAL

ARK-COIN ETF
- Reuters: Star stock picker Cathie Wood’s ARK Invest filed with the U.S. Securities and Exchange Commission on Monday to create a bitcoin exchange traded fund (ETF), the latest fund manager attempting to cash in on investors’ growing interest in cryptocurrencies.
- Why would this fly if SEC has yet to approve a Botcoin ETF
- BUT the SEC does allow for 3X Vix and other levered ETFs that suck

The CTP for
Grayscale Bitcoin Trust

More Football
-  The Las Vegas Raiders' Carl Nassib became the first active NFL player to come out as gay. The defensive end made the announcement in an Instagram post on Monday, adding he's agonized over this moment for the last 15 years.
- "I just wanted to take a quick moment to say that I’m gay," Nassib said. "I’ve been meaning to do this for a while now but finally feel comfortable getting it off my chest. I really have the best life, the best family, friends and job a guy can ask for.