Micro-caps on fire. markets will not give up ground – buy any dip is the call to action. 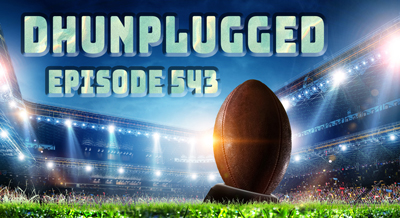 This episode is sponsored by OurCrowd
If you are an accredited investor  looking to invest in pre-vetted startups and exclusive venture funds.

Whoops
- South Korea’s Hyundai Motor Co and Kia Corp said on Monday they are not in talks with Apple Inc on developing autonomous vehicles, sending their shares tumbling.
- In early January, Korea Economic Daily TV reported Apple and Hyundai were in discussions to develop self-driving electric vehicles by 2027 and develop batteries at U.S. factories operated by either Hyundai or its affiliate Kia Corp.
- Shares of Hyundai and Kia were trading down 6.8% and 13.6% respectively on the news.

Tesla/Bitcoin
- Tesla bought $1.5 billion of Bitcoin in January - Monday pre-market report
- Talk of Tesla accepting Bitcoin as payment - bitcoin soars to a record
- Elon tweeting about Dodecoin - sending price to a record.
- Is there any regulation on what you can say or do in crypto-space?

More Tesla - Big if True (pionline.com)
- Tesla Inc., did not make any matching contributions to its 401(k) plan in 2020, according to its 10-K filing with the SEC on Monday.
- It is the third straight year the automaker has not made any contributions to its 401(k) plan, according to the filing.
- The Tesla Inc. 401(k) Plan automatically enrolls participants in the plan with a deferral rate of 5% of employees' salaries with the option to contribute more, according to the plan's most recent Form 5500 filing.
(Not sure if this is for 2020 or 2019)

$15 Federal Min Wage
- Senate voted down
- Biden talks down
- Is this possible with state-by-state differentials?

More on Stimulus
- House Democrats aim to increase paycheck protection program spending to $813.7 bln in stimulus package (+7B)
- The committee also plans to provide $25 billion for a new program at the Small Business Administration offering assistance to restaurants; grants are available for up to $10 million per entity with a $5 million limit per physical location

Amazon LNG Trucks
- Amazon.com Inc has ordered hundreds of trucks that run on compressed natural gas as it tests ways to shift its U.S. fleet away from heavier polluting trucks
- The engines, supplied by a joint venture between Cummins Inc and Vancouver-based Westport Fuel Systems Inc, are to be used for Amazon’s heavy duty trucks that run from warehouses to distribution centers. More than 1,000 engines that can operate on both renewable and non-renewable natural gas have been ordered by the supplier, according to a source familiar with the situation.
- Reason: Natural gas emits approximately 27% less carbon dioxide when burned compared with diesel fuel, according to the U.S. Energy Information Administration.
- Electric-powered motors are considered less viable for heavy-duty trucks than for the average passenger vehicle.
- No-Go on EV?

Meanwhile Crude Oil
- EIA now forecasts 2021 global petroleum and liquid fuels consumption of 97.7 mb/d, up 5.4 mb/d vs 2020
- WTI Crude > $58 per barrell
- Much of this is projected supply constraints due to OPEC production cuts

China - Male Power!
- Education officials in China are reportedly launching a plan to address the country’s alleged "masculinity crisis," a campaign that seeks to toughen up the nation’s male youths in response to their alleged feminization.
- The plan comes after Si Zefu, a delegate to the Chinese People’s Political Consultative Conference Standing Committee, offered a "Proposal to Prevent the Feminization of Male Youths." Part of that plan involves hiring more male teachers as physical education instructors in China’s schools.
- Pop culture and female teachers have turned boys "weak, inferior and timid," Si recently claimed; that trend, he said, could endanger national security in the event of an external threat.

OURCROWD
If you wish you were in early on some of the best performing IPOs, check out OurCrowd.com – take a look at Future Family, a company offering iOT cyber protection. http://www.ourcrowd.com (Promo code DHU)

DOBBS
- Fox News Media has abruptly canceled “Lou Dobbs Tonight,”
- Starting next week, the program will be called “Fox Business Tonight,” with rotating substitute hosts Jackie DeAngelis and David Asman, who filled in for Dobbs on Friday.
- Dobbs, 75, remains under contract at Fox News but he will in all likelihood not appear on the company’s networks again.
- The cancellation comes a day after voting software company Smartmatic filed a $2.7-billion defamation suit against Fox News and three of its hosts — Dobbs, Maria Bartiromo and Jeanine Pirro.

Here it Comes
- Democrats running the powerful Senate Finance Committee are preparing to take on the uber-wealthy, dark money groups and special interest organizations now that their party has taken control of Congress.
- Of particular interest, Wyden said, is how billionaires made so much money during the pandemic, when much of the economy, including millions of working families, struggled.
- Where does this go?

Myanmar
- Military Coup - shut down social media and Internet
- Government has control (whoever may be in charge)
- “The Tatmadaw sees Facebook as their internet nemesis because it’s the dominant communication channel in the country, and has been hostile to the military,”

Tough Situation
- Without a fresh round of COVID-19 aid from the federal government, about a third of the nation's pandemic-stricken small businesses are warning they won't be able to survive.
- That's according to a new report published by the Federal Reserve, which found that sales for 88% of small businesses have not yet returned to pre-crisis levels.
- About one in three -- roughly 30% -- of businesses said they expected they could not stay afloat without further assistance from the government, according to the report from the U.S. central bank’s 12 regional offices.

Vaccine - OH No!
- An Iranian regime cleric in the holy city of Qom on Tuesday issued a homophobic rant against people vaccinated for COVID-19, claiming that they become gay after receiving the vaccine.
- Ayatollah Abbas Tabrizian wrote on his Telegram social-media platform: “Don’t go near those who have had the COVID vaccine. They have become homosexuals.”
- Iran’s regime has executed 4,000-6,000 gays and lesbians since its 1979 Islamic revolution. (Jerusalem Post)

Any News is Good News
- Reddit Inc, which has been at the heart of a recent social media-driven retail trading frenzy, said on Monday it raised more than $250 million in a new round of funding that has doubled its valuation to $6 billion.

Water Hack
- Hackers broke into the computer system of a facility that treats water for about 15,000 people near Tampa, Florida and sought to add a dangerous level of additive to the water supply, the Pinellas County Sheriff said on Monday.
- The hackers remotely gained access to a software program, named TeamViewer, on the computer of an employee at the facility for the town of Oldsmar to gain control of other systems
- The hackers then increased the amount of sodium hydroxide, also known as lye, being distributed into the water supply. The chemical is typically used in small amounts to control the acidity of water, but at higher levels is dangerous to consume.

Ed Bonnyman
If the Fed wants inflation at 3,
But don't count things where inflation runs free,
They can rob one and all,
As we're all in their thrall,
Why pretend, when we can all see?