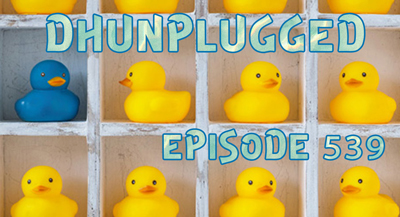 Spec plays are the talk of the town – everything getting a bid.

Announcing the winner of the 2020 CTP Cup and more…

Market Update
Same as before but different
New Stimulus should keep excitement in stocks
Inflation is a theme being discussed more and more
EV’s and “infrastructure” leading
10-year Treasure above 1.1% - Yield curve widens
Down Days bought aggressively
Earnings Season kicks off this week....

Armed Protests
- Starting this week and running through at least Inauguration Day, armed protests are being planned at all 50 state capitols and at the U.S. Capitol, according to an internal FBI bulletin obtained by ABC News.
- The FBI has also received information in recent days on a group calling for “storming” state, local and federal government courthouses and administrative buildings in the event President Donald Trump is removed from office prior to Inauguration Day.
- The group is also planning to “storm” government offices in every state the day President-elect Joe Biden will be inaugurated, regardless of whether the states certified electoral votes for Biden or Trump.

ELON
- Tesla CEO Elon Musk saw his net worth grew to over $185 billion as of Thursday, surpassing Amazon founder Jeff Bezos as the world's richest man
- - Lost that position this Monday - but may gain it back by the end of Tuesday
- Does this count as Bezos split his assets with his wife in the divorce?

Hyundai – Confusing
- The South Korean car company initially said it was in the "early stage" of talks with the iPhone maker about a possible electric car partnership.
- But hours later it backtracked and said it was talking with a number of potential partners without naming Apple.
- Hyundai's share price rose more than 20% when the tie-up was announced.
- Apple and Hyundai are in discussions but they are at an early stage and nothing has been decided," it said in a statement which was later revised. Hyundai's value shot up $9bn (£6.5bn) after the Apple announcement.

MORE WEIRD STOCK ACTION
- Four days after Tesla CEO Elon Musk prompted Twitter followers to “use Signal,” a reference to the Signal encrypted messaging app funded by a nonprofit organization, investors pushed even higher the price of Signal Advance, a small component manufacturer whose stock trades over the counter.
- Stock (SIGL) moved up 500% before someone realized that it was the wrong play (now down 65% from yesterday)
- This is what is going on with markets...

Executive Order – Smack China
- Global index publisher said it will delete China Mobile, China Telecom and China Unicom Hong Kong from its global indexes.
- That was after a reversal of this and then another reversal of the reversal.
- Some concern that there will be retaliation.
- What does this mean?
--- Be careful of investing in China stocks until we get more clarity – but if not a priority for Biden – then could end up being profitable in names not included in this order

So Much Signaling
- New England Patriots head coach Bill Belichick declined to accept the Presidential Medal of Freedom on Monday after last week's deadly insurrection at the U.S. Capitol.
- In a statement, Belichick said he was flattered to be offered the medal, the country's highest civilian honor, but said the "tragic events of last week occurred and the decision has been made not to move forward with the award."
- The PGA of America announced Sunday night that next year's PGA Championship event will no longer take place at President Trump's New Jersey golf course as planned following a vote.
- Twitter, Facebook, Amazon actions against Trump accounts - what do we make of this?

Surprise!  IRS Screw Up
- Millions of pandemic stimulus payments have been deposited in incorrect customer accounts due to an Internal Revenue Service error, according to Intuit TurboTax, which is helping to distribute the payments.
- Two banking industry sources confirmed the error, which will delay distribution of the badly needed aid.
- Intuit TurboTax tweeted on Wednesday: “Unfortunately, because of an IRS error, millions of payments were sent to the wrong accounts and some may not have received their stimulus payment.”

Boeing
- Boeing Co will pay over $2.5 billion to resolve the U.S. Justice Department’s investigation into two deadly 737 MAX crashes that killed 346 people, the Justice Department said, but will not be forced to plead guilty to criminal charges.
- The Justice Department said the settlement includes a criminal monetary penalty of $243.6 million, compensation payments to Boeing’s 737 MAX airline customers of $1.77 billion, and the establishment of a $500 million crash-victim beneficiaries fund to compensate the heirs, relatives, and legal beneficiaries of the passengers.
- Just as the settlement comes – new crash in Indonesia

Yeah Yeah
- SkyBridge Capital’s Anthony Scaramucci is the latest Wall Street maven to get on the Bitcoin bandwagon, launching a crypto-centric fund this week and predicting the digital asset could be poised for massive gains.
---- “Bitcoin is better at being gold than gold is at being gold,” Scaramucci, the firm’s founder and managing partner, said in an interview Tuesday. “It’s easier to store, it’s harder to steal, it’s more portable, and so therefore, it’s become the ledger or the storage of the future in terms of the storage of value.”

WalMart Entering Financial Services
- Walmart (WMT) amplified this buzz by announcing the creation of a new fintech startup in collaboration with Ribbit Capital.
- Details regarding this currently unnamed entity were sparse; WMT simply noted that it will "deliver tech-driven financial experiences tailored to Walmart's customers and associates." What we do know is that the company will be majority owned by WMT and that the Board of Directors will include WMT's U.S. CEO and President John Furner and CFO Brett Biggs.