The sun is shining down upon us as we enter the end-game for the global pandemic. 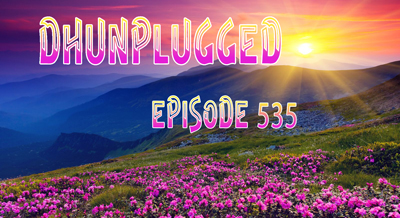 What to expect from the FOMC rate decision meeting on Wednesday and a look at the rent action in the IPO market.

Sweden
- Still think this is a model?
- Cased 18k highest in cycle for Sweden
- Death rate ~ 350/million (US 900/million)
- Sweden has announced new national coronavirus guidelines that will come into force from December 14.
-Private gatherings should be limited to no more than eight people, even for Christmas and New Year’s Eve.
-The crackdown comes as Sweden continues to grapple with a fierce second wave of COVID-19 infections and deaths.

Apple
- Reports that they will be increasing production in the first half of 20121 by 30%.
- Wondering if that is significant considering the drop in production due to 2020 1st half

Not Good X2 - Blame the Russians
- Last Week - FireEye, one of the largest cybersecurity companies in the United States, said on Tuesday that is has been hacked.
- This week- Solar Winds - Treasury, Commerce departments hacked. Pentagon, NASA also potentially compromised.
- Hackers broke into the networks of the Treasury and Commerce departments as part of a global cyberespionage campaign.
-- They accessed those networks by slipping malware into a SolarWinds software update, according to the global cybersecurity firm FireEye, which was also compromised.
- The FBI and the Department of Homeland Security’s cybersecurity arm are investigating what experts and former officials said appeared to be a large-scale penetration of U.S. government agencies. Industry experts said it bore the hallmarks of Russian tradecraft.

More Hacks/Outages
- Several services had outages this week including Google, Netflix
- Microsoft says it's monitoring a dynamic threat environment surrounding the discovery of a sophisticated attack that included compromised binaries from a legitimate software.
--These binaries, which are related to the SolarWinds Orion Platform, could be used by attackers to remotely access devices.

TESLA - News
- TSLA will be stopping production of the high-end Model S and Model X cars from December 24 to January 11 at its Fremont, California, factory.
- Unclear why that is happening
- Stock up (naturally)

Surprise/No Surprise!
- Brexit talks extended past deadline
- London and Brussels agreed to “go the extra mile” in coming days to try to reach an elusive trade agreement despite missing their latest deadline to avert a turbulent ‘no deal’ exit for Britain from the European Union’s orbit at the end of the month.

Time - Person of The Year Race
- Time Magazine reveals its Person of the Year for 2020 on Thursday, choosing the winner from nominees that include healthcare workers battling the COVID-19 pandemic, the racial justice movement and two U.S. presidential election winners.
- Trump, Biden, Fauci and Virus Healthcare Workers
- And the winner? Biden/Harris....
- How is that going to go down?

WHY?
- Last week, Vice President Mike Pence announced 18 astronauts chosen for possible participation in planned NASA missions to return to the moon’s surface during the final U.S. space policy meeting before he and President Donald Trump leave office next month.
- At a meeting of the White House’s National Space Council at NASA’s Kennedy Space Center in Florida, Pence unveiled the pool of nine women and nine men who could go to the moon under NASA’s Artemis program, intended to put people back on the lunar surface for the first time since the 1970s.
- Why are we going to the moon again?

Tech Update
- The EU will threaten on Tuesday to break up Big Tech companies if they repeatedly engage in anti-competitive behavior.
- The warning comes as Brussels publishes its drafts of two major new pieces of tech regulation.
- A Digital Markets Act will aim to tackle unfair competition in the sector, and a Digital Services Act will force tech companies to take more responsibility for illegal behavior on their platforms.
- NAZ tech heavy index sold off a bit on this news

Feel Good Story
- A blind man completed a 5-kilometer (3.1-mile) run in New York’s Central Park without a guide dog or human help this week. His navigation aid? Artificial intelligence through headphones plugged into a smartphone.
- He worked with the Alphabet Inc unit to create a research program. A smartphone camera picks up a painted ‘guideline’ on a running track. An app detects the runner’s position and gives audio guidance through an earpiece.

Peter Winter
Yellin is Biden’s choice
To be his Treasury voice
Mnuchin is out
Losing his clout
Time for Powell to rejoice.