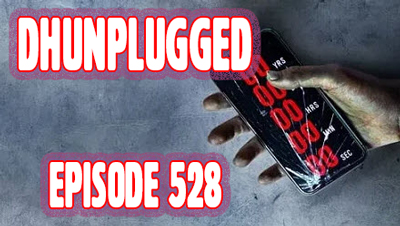 Countdown – one week from the election and investors are bracing for the results. Will it be a contested election or a landslide?

Big tech earnings on tap – which companies will gain and which got ahead of their skis?

Market Update
Markets Spooked by uptick in Covid Cases/Infections
Plenty of M&A - AMD buying Xilinx - All Stock deal
Stimulus seal dead until after election - Senate on recess
Investors eyeing earnings with too much optimism? or too much concern?

Covid News
- Nothing good....
- Case/Infections Up - Record Daily count over the weekend (Case vs Infection discussion on N/A)
- El Paso Texas - Stay at home REQUEST... But still encourages everyone to go and vote
- Vice President Mike Pence will not quarantine himself despite several of his aides testing positive for coronavirus
---- He is an essential worker and therefore does not have to abide by CDC protocols
- Italy reported a new daily record of 21,273 coronavirus cases with 128 deaths, health ministry figures showed on Sunday as the government tightened restrictions further to try to bring the accelerating rise in case numbers under control.
- Angela Merkel planning "light" lockdown for Germany, which will focus on bars and restaurants

Murder Hornets Update
- last week - entomologists at the Washington State Department of Agriculture (WSDA) captured two live giant hornets that had been caught in a trap.
- They attached radio trackers to the insects, one of which led them back to a nest in a tree in the town of Blaine the following day.
- Tracked and removed a nest

JP Morgan - Smartphone Card Reader
- Getting into the small-biz card business even deeper
- Competition to Square and PayPal
- The bank is rolling out a checking account that is paired with a new fintech-inspired service called QuickAccept
- QuickAccept lets merchants take card payments within minutes, either through a mobile app or a contactless card reader, and users will see sales hit their Chase business accounts on the same day.
--- That fast funding is offered free, unlike competitors including Square, which typically take a day or more and charge a 1.5% fee to make instant transfers to external accounts.

Quibi Update - Official
- Quibi, the short-form entertainment service for mobile devices, will shut down operations just over six months after its launch
- The company, which was founded by Hollywood producer Jeffrey Katzenberg and former HP CEO Meg Whitman, raised nearly $2 billion ahead of its launch in April.
- The app features short-form news and entertainment videos running 10 minutes or less in length.
- This must have been really bad to fail in a time that content is king

AirBnB
- Home rental company Airbnb Inc last Wednesday said it was hiring former Apple designer Jony Ive and his firm to design new Airbnb products and services under a multi-year deal.
- Getting closer to jazzing up site/app ahead of IPO
- Ive spent nearly three decades at Apple, leading the design of the candy-colored iMacs that helped Apple re-emerge from near death in the 1990s and the design of the iPhone. (He left Apple last year)
- Airbnb Chief Executive Brian Chesky said Ive will also help develop the Airbnb internal design team.

Intel - Yikes
- Intel Corp reported that margins tumbled in the latest quarter as consumers bought cheaper laptops and pandemic-stricken businesses and governments clamped down on data center spending, news that sent its shares down 10%.
- Chip sales are booming, but customers want lower-priced chips rather than Intel’s pricier high-performance offerings, dragging down overall gross margins.
- Intel sold a higher volume of less-profitable chips in its PC business, driving operating margins down to 36% in the third quarter from 44% a year earlier.

Needlepoint Bipolar Ionization
- Something here?
- GPS’ NPBI technology safely cleans indoor air. This patented technology produces a high concentration of positive and negative ions, delivering them to the space via the ventilation system.
- Within the air stream, ions attach to particles, where they combine, become larger and are more easily filtered from the air.
- When ions come in contact with pathogens, they disrupt the pathogens’ surface proteins, rendering them inactive.
- Aside from Trane - who else in this space? (JCI)

Eloooon
- Tesla Inc.’s Elon Musk collected the fourth tranche of his moonshot award this month, bringing his aggregate haul to US$11.8 billion.
- The company recently surpassed the performance thresholds for market value and adjusted earnings before adjusted interest, taxes, depreciation and amortization, according to a regulatory filing on Monday, unlocking yet another 8.44 million options for the billionaire chief executive officer.

ANT Group IPO
- Ant Group’s long-awaited initial public offering could raise roughly $34.4 billion when the company goes public next week.
- The IPO will take place on both the Hong Kong stock exchange and the Shanghai’s STAR Market. Ant is offering 1.67 billion shares in both Hong Kong and Shanghai, representing $17.2 billion in Hong Kong at 80 Hong Kong dollars a share and in Shanghai at 68.8 yuan
- At $34.4 billion, the Ant IPO is the largest ever and easily outpaces the $26 billion offering from Saudi Aramco

AMD Deal
- Advanced Micro Devices Inc. said Tuesday it has reached an agreement to acquire Xilinx Inc. in an all-stock deal valued at $35 billion.
- Xilinx shareholders Will receive 1.7234 share of AMD for each share owned, equal to $143 in cash.
- Diversifies AMD portfolio and entry to auto biz and other areas that they say is going to be accretive from day 1

Confidence
- The Conference Board's Consumer Confidence Index slipped to 100.9 in October (Briefing.com consensus 101.9) from a downwardly revised 101.3 (from 101.8) in September.
- The key takeaway from the report is that consumers are feeling less confident about the short-term outlook, as the rise in coronavirus cases and still-high unemployment levels have contributed to concerns about job prospects.

ANNOUNCMENT
- No Agenda Podcast - Thursday and Sundays at 12 Noon (ET)
- Adam Curry guest on next week's TDI Podcast
--- What questions should I ask him?

Industrials - Earnings
- Results from industrial giants Caterpillar and 3M show demand from commercial customers is on shaky ground as the Covid-19 pandemic continues to disrupt work routines and commerce.

Election
- More than 60 million Americans already have cast their ballots, surpassing an estimated early-votes total of about 58 million for the 2016 election.
- Breaks record, but is this news or any surprise ?