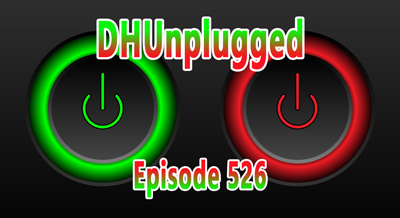 One major investors says holding 25% of this metal may be reasonable right now.

Banks are reporting earnings this week – we will look into what they are saying.

Stimulus?
- Is there a plan here with this on-off and off-on negotiation?
- Feels like what we saw during the China Trade Deal days

The New Toilet Paper Shortage
- If you're looking to buy a new fridge you may be out of luck.
- Earlier in the pandemic, there was a run on toilet paper.
- Now it seems that customers looking to buy a refrigerator are facing long waiting times as models are back-ordered across the country.
- There are also shortages for other major appliances including dishwashers, dryers and some microwaves.

J&J Vaccine
- Johnson & Johnson temporarily pauses all dosing in its Janssen COVID-19 vaccine candidate clinical trials due to an unexplained illness in a study participant; it is not always immediately apparent whether a participant received a study treatment or a placebo
- Eli Lillcy today: "We are aware that, out of an abundance of caution, the ACTIV-3 independent data safety monitoring board (DSMB) has recommended a pause in enrollment,"

Disney - Trying Hard
- Walt Disney said on Monday it had restructured its media and entertainment businesses to accelerate growth of Disney+ and other streaming services, which have become increasingly popular with consumers.
- Under the reorganization, Disney will separate the management of its content and distribution to be more responsive to consumer demands.
- The move came days after activist investor Daniel Loeb of hedge fund Third Point urged Disney to forgo a dividend payment and double its programming investment in streaming.

Facebook - Holocaust Posts
- Facebook is banning posts that deny or distort the Holocaust and will start directing people to authoritative sources if they search for information about the Nazi genocide.
- Facebook CEO Mark Zuckerberg announced the new policy Monday, the latest attempt by the company to take action against conspiracy theories and misinformation ahead of the U.S. presidential election three weeks away.

Foxconn - Wisconsin
- In a letter to the Taiwan-based company’s Vice Chairman Jay Lee, Wisconsin’s economic development agency said Foxconn was a long way away from building the large TV screens it had proposed in 2017, when it promised to eventually create 13,000 jobs in the state.
- Seems that well off required employees working at plant
- Wisconsin not going to grant the tax credits to Foxconn (2nd year in a row)

Robinhood - Accounts Robbed
- A handful of Robinhood users who said their accounts had been liquidated by thieves
- One user, Bill Hurley, a Connecticut metal worker who told Bloomberg he lost $5,000 in stock and bitcoin in a theft, said it took Robinhood two weeks to respond to his requests for assistance.
- Robinhood told Bloomberg the thieves targeted individuals' email accounts and did not gain access from an internal security breach

Lindsay Graham Debate
- Hours before a second scheduled debate between U.S. Sen. Lindsey Graham and Democratic challenger Jaime Harrison, event organizers were forced Friday to change the format, offering back-to-back, one-on-one interviews — rather than a debate — following a day of campaign clashes over Covid-19 that stirred doubts of whether the matchup would go on at all.
- Graham, who took a test last week, refused, saying he had “taken the coronavirus threat to our state and nation very seriously,” but had been told by the Senate physician no further testing was needed.

NY Real Estate
- September proved to be another winning month for bargain-hunters committed to finding a place in New York City’s costliest borough -- and another month of worry for landlords trying to fill mounting vacancies.
- Apartment listings tripled from a year earlier to 15,923, the largest monthly inventory in records dating back to 2006, according to a report Thursday by appraiser Miller Samuel Inc. and brokerage Douglas Elliman Real Estate. The vacancy rate set a new high for the fifth straight month, rising to 5.75%.
- Rents, on average, lowest since 2013

Digital Currency - Stablecoin
- Central banks set out to regulate cross-border stablecoins like Facebook’s planned Libra with a common approach on Tuesday, saying more rules may later be needed to ensure stability.
- The prospect of a currency-backed stablecoin being used by billions of people on Facebook has galvanised central banks into putting together rules and into considering how they could launch their own digital currency.
- Bitcoin rising again over the last week after newflow positive for outlook

Bahhhh - Boooo
- A couple of weeks ag0 - President Donald Trump banned U.S. citizens from bringing home rum or cigars from Cuba and from staying at Cuban government-owned hotels
- What happened to the "Rebuild-Cuba" plan ?
- It has to be worse there now then when I was there 3 years ago

John - Explain
- The U.S. Justice Department recently unveiled a proposal that seeks to limit legal protections for internet platforms on managing content.
- The proposal, which takes aim at Facebook Inc, Twitter Inc and Alphabet Inc’s Google, would need congressional approval and is not likely to see action until next year at the earliest.
- This could be an amazing opportunities for lawyers!

The Bond King's Prediction
- ‘Within 18 months, it’s going to crack pretty hard. I think that you want to be avoiding it for the time being. When the next big meltdown happens, I think the U.S. is going to be the worst performing market, actually, and that’ll have a lot to do with the dollar weakening.’
- Jeffrey Gundlach - likes gold now and says a 25% position in a portfolio right now is not unreasonable

Andrew's Turn....
Jay Powell is trying to be Yellen
Lower rates he is a sellin'
For his goal up ahead
Is the dollar to shred
This crime should make him a felon