Airlines making changes – could be a great deal for travelers. 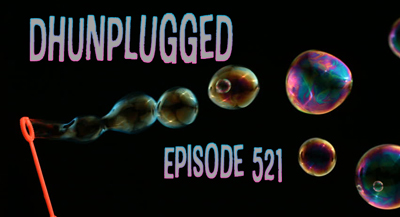 Markets putting up some great numbers for August.

The Fed changes the rules of the game.

A big fish story and more.

Fed - Big Change (Important)
- Powell speech at the Jackson Hole Confab (virtual this year)
- Inflation averaging is now something that the Fed is using
- If what you are doing doesn't work - change the rules?
- Potential for Fed to stay at ZIRP for LONG LONG time to come
- What bubbles will this create?

ZOOOOOOOOOOOOOOOOOOOOOOOOOOM!
- Zoom Video (ZM) smashes earnings estimates
- Massive growth of revenue
- Raised its annual revenue forecast by more than 30%
- Stock up 40% (now worth more than IBM)
- Docusign (DOCU) up 17% on the back of this

Here We Go Again
- Women managers remain woefully under-represented in the fund industry, but they’re doing a better job picking stocks than their male counterparts, at least this year.
- Among some 500 large-cap U.S. mutual funds, those with at least one-third of manager positions held by women have beaten those with no women by 1 percentage point in 2020, data compiled by Goldman Sachs Group Inc. show.
- That’s a slight departure from the previous three years, when the gender difference had little impact on fund performance.
- Woman-managed funds are benefiting from a preference for technology stocks
- Also helping widen the gap is Tesla Inc., which is more widely owned by female managers.
- This is a problem - the constant battle of which race, religion, nationality or sex is better.

Europe Virus Update
- Several European countries have reported a jump in new coronavirus cases in recent weeks after a drop in cases over June and July
- Is this part of the election hoax also?

IPOs are coming
- Great time to cash out for many VC's
- AirBnB, DoorDash, Snowflake, Asana, JFrog, Sumo Logic
- Lot's of "Cloud Based"

Cutting Limits
- Capital One Financial Corp. is cutting borrowing limits on credit cards, reining in its exposure as the U.S. reduces support for millions of unemployed Americans.
- Reports that anywhere from 1/3 to 2/3 reduction for some people
- “Capital One periodically reviews accounts based on a variety of factors and may make changes to existing credit lines,” the company said.

Japan's Abe Resigns
- Japanese Prime Minister Shinzo Abe held a news conference on Friday afternoon in which he is addressed the growing concerns about his health after two recent hospital examinations within a week.
- Longest consecutive tenure of any Premier
- Chronic Ulcerative Colitis
- With that - the realization that his 3 arrows in the quiver - AbeNomics did not live up to the benefits it espoused.

Weird
- TikTok Chief Executive Officer Kevin Mayer has left the company, less than three months after he joined the hit short video app, and U.S. General Manager Vanessa Pappas will replace him on an interim basis, according to an internal memo seen by Reuters.
- Why would he resign before a deal is consummated?
- His excuse: “In recent weeks, as the political environment has sharply changed, I have done significant reflection on what the corporate structural changes will require, and what it means for the global role I signed up for"
--- Lost out on potential payday or position with new "owner"

Ghost Kitchens are starting to come alive
- Several online only restaurants are popping up around the country
- Ghost kitchens prep and UberEats/Gruhub etc pick up from the location and deliver.
- San Fran and Miami seeing this start to catch on with home delivery becoming more important these days
- Trend here to stay?

Amazon new Product - Halo
- Fitness band
- Can also figure out your emotional state
---- Listens to your tone as you talk and provides feedback f you are angry, frustrated, etc.

Tesla- Smart
- Tesla Inc on Tuesday unveiled its biggest program of new share sales as a public company, seeking to cash in on soaring Wall Street interest in the electric carmaker to raise up to $5 billion that will ease future debt pressures.
- Stock down 1%

Foldable Phones
- Why is this a thing? - Never could get much interest but companies still trying
- Samsung, is launching the Galaxy Z Fold 2 today

SUBSCRIPTION HELL!
- BMW’s latest innovations to this end are subscription-based upgrades that can be activated at will — or de-activated, if you don’t keep up payments.
- From heated seats to optional safety features like adaptive cruise control and automatic high-beams, you might just have to keep on paying for it instead of forking over a one-time fee

Bill Ackman Plan - Retirement For All
- Each child born in the U.S. would receive $6,750 in a government-funded basket of index funds that could only be tapped at retirement.
- Assuming 8% returns over 65 years from birth to retirement, that total would ultimately exceed $1 million, and it would cost the government about $26 billion a year, if the birthrate holds.

30 States
- 30+ states have approved the additional $300 per week of unemployment provided by Federal Government
- Workers eligible for the aid will get an extra $300 a week on top of their current benefits.
- Only 2 states so far are kicking in the additional $100 per week.
- Eligible workers will get the payments automatically and don't need to apply for them separately, according to the latest information from state authorities.
- However, to be eligible for the assistance, many workers must take an additional step and self-certify in their online portals that they are unemployed or partially unemployed due to disruptions caused by Covid-19

Robinhood - Complaints
- Over the first half of the year, U.S. consumer protection agencies received more than 400 complaints about Robinhood -- roughly four times more than competitors like Charles Schwab Corp. and Fidelity Investments’ brokerage unit.
- The grievances, obtained via a public records request to the Federal Trade Commission, depict novice investors in over their heads, struggling to understand why they’ve lost money on stock options or had shares liquidated to pay off margin loans.