Big changes to the DJIA – shaking it up after the Apple split. 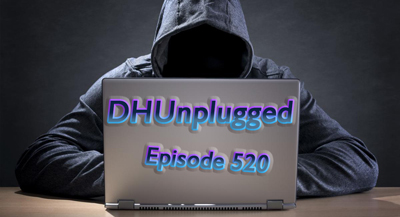 Some college campuses are experiencing high positivity rates for Covid-19 – how much money will be lost due to closures?

My Worst Nightmare Happened This Weekend
- Oh the smell!

Twitter Problem!
- Someone impersonating my account
- brought to my attention today
- Slight difference is spelling Twitter handle - so I reported and tweeted out to followers
- The impersonator found out that they were uncovered and started to DM people that thought they were following me - talking up some Crypto investment - DON"T FALL FOR THIS!
- MY HANDLE is the spelling of my name ANDREWHOROWITZ
- CHECK YOUR TWITTER RIGHT NOW - Block the impersonator and make sure you are following me.

NVIDIA Earnings
- The company's gaming business produced $1.65 billion in revenue, up 26% year over year and above the $1.41 billion consensus estimate among analysts surveyed by - - Nvidia ended up with more data center revenue than gaming revenue for the first time, at $1.75 billion.
-- The unit's revenue was up 167% and higher than the FactSet consensus estimate of $1.71 billion.

TikTok
- ByteDance investors are in talks to use their stakes in the Chinese technology firm to help finance their bid for its popular short-video app TikTok, according to people familiar with the matter.
- The TikTok assets for sale could be worth between $25 billion and $30 billion
- ByteDance also suing the US now
--- Chinese-owned TikTok sued the U.S. government in federal court, asserting that it protects its users’ data and challenging President Trump’s executive order that would effectively ban the video-sharing app if it doesn’t find an American buyer for its U.S. operations

COVID-19 Update
- The number of new coronavirus infections in the U.S. fell to 34,567 on Sunday, reaching its lowest level in more than two months and notching a ninth straight day with fewer than 50,000 new cases
- Hong-Kong researchers say that a "young and healthy" patient had a second case of Covid-19 four months after the first - worrying about immunity now
- South Korea sees a rash of new cases

University/College Issues
- UNC Tarheels post 31% positivity rate with latest update
- In-person classes are cancelled
- Other campuses are seeing a rise in cases as well
- How much $ lost due to moving in and out and tuition?

New Coating
- The U.S. Environmental Protection Agency said on Monday it has granted emergency approval for American Airlines to use a disinfectant against the coronavirus on certain surfaces that lasts for up to seven days, and is studying whether it could be effective in places like schools.

Jerry Falwell, Jr
- A business partner of Jerry Falwell Jr has come forward to say he had a years-long sexual relationship involving Falwell’s wife and the evangelical leader.
- Granda said: Becki and I developed an intimate relationship and Jerry enjoyed watching from the corner of the room,” Granda said in an interview. Now 29, he described the liaisons as frequent – “multiple times per year” – and said the encounters took place at hotels in Miami and New York, and at the Falwells’ home in Virginia.

DJIA Shakeup
- APPLE 4/1 split has the creators needing to up tech component
- Salesforce.com (CRM) will replace Exxon Mobil (XOM)
- Amgen (AMGN) will replace Pfizer (PFE)
- Honeywell (HON) will replace Raytheon Technologies (RTX)
- The changes will be made prior to the open on August 31

American Airline - Layoffs
- Will reduce staff again after Oct 1 - once federal aid runs out
- In short, American's team will have at least 40,000 fewer people working Oct. 1 than we had when we entered this pandemic.

The New "Old" Microsoft - Apple the new Evil Empire?
- Remember when developers hated Microsoft? Called it the Evil Empire... Has Apple become the new Evil Empire?
- A US judge has ruled that, for now, Apple can continue to block the video game Fortnite from its App Store.
- However the tech giant cannot terminate Epic Games' developer accounts or compromise its graphics tool Unreal Engine, which is used by many third-party game creators.
- This is until a full hearing can take place on 28 September.
- Apple pulled Fortnite from the App Store after Epic deliberately broke its rules in protest at Apple's policies.
- Epic said Apple had also threatened to take away its access to developer tools.

Mayor Playing Hardball
- Los Angeles Mayor Eric Garcetti said on Wednesday that he had authorized the city to disconnect utility service at a Hollywood Hills house after it hosted several large parties in "flagrant violation" of COVID-19 public health orders.
- The announcement comes two weeks after Garcetti first warned that properties hosting "un-permitted large gatherings" could have their water and power service shut off as a consequence.

RV's
- RV Industry Association's monthly survey of manufacturers found that total RV shipments ended the month with 43,035 units, an increase of 53.5% from the 28,044 units shipped in July 2019

Mike Berk
THERE ONCE WAS A MAN FROM NANTUCKET
WHOSE STOCK PICKS DROPPED INTO THE BUCKET,
SO HE CHECKED MOTLEY FOOL
AND THE STOCKS WERE ALL BULL,
SO HE LOOKED AT THE DOW AND SAID CHUCK IT.

Andrew O'Brien
There once was a Fed with no scruples
Whose money creation quadrupled.
They made Buffett buy gold
So now truth must be told
If you think this ends well you’re a fool.

Misa you-sef-pour
Our limericks must only be about the Fed
I write them while checking the spread
Harshly marked by John
As he swings his baton
Awaiting his mark with dread.