Massive pool party in Wuhan – you have got to see this picture. 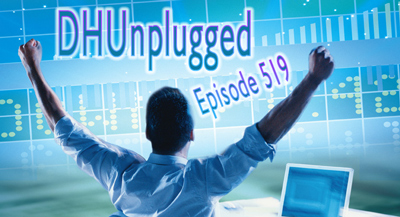 What impact will Biden’s VP pick have on markets? Stock splits are coming – what other companies will see their shares split?

Retail Earnings will be coming in this week – Lowes, HD, Ross Stores and more…

Market Update
Nothing Seems t0 Phase Markets (Virus, China, Eco, Earnings, Elections) - ITS ALL GOOD
- Seems that investors liking.... everything....
- - The only think investors could like now is additional market hours - ALL DAY GAME
NASDAQ - New Highs, SP500 Closing in, DJIA Some work to do
Retail Earnings will be coming in this week - Lowes, HD, Ross Stores
Fed Minutes - Wednesday - should remain dovish
Inflation? NOW CPI comes in HOT - but still below trend on YoY
- The S&P 500 now eclipsed its all time high set in February - So here you go - Proclaiming the Bear Market Officially Over

What is: Bezos, Gates, Zuckerburg, Musk?

What Does the Oracle of Omaha Know?
- Warren Buffett’s Berkshire Hathaway Inc said on Friday it has reduced its investments in some of the largest U.S. banks, lowering its stakes in Wells Fargo & Co and JPMorgan Chase & Co and eliminating a stake in Goldman Sachs Group Inc
- In a regulatory filing detailing its U.S.-listed investments as of June 30, Berkshire also disclosed a new 20.9 million share investment in Toronto-based Barrick Gold Corp (GOLD), one of the world’s largest mining companies.

Triple Levered Nat Gas
- Went parabolic  - like ridiculously
- Being pulled off market and then went haywire
- The problem is that Credit Suisse didn't actually close the note altogether. (It only delisted it)
- No new shares were created so liquidity was thin.
- Credit Suisse has bad history on some of the Levered ETFs

Retail (small investors) are trading
- Robinhood saw 4.3 million daily average revenue trades, or DARTS, in June, the company told CNBC Monday.
- This is the first time the start-up has shared monthly totals.
- Robinhood's debut total was higher than all of the major incumbent brokerage firms, and more than E-Trade and Charles Schwab combined.

More Robinhood
- Robinhood Markets Inc. will no longer provide data that shows which stocks are popular among its users.
- The company said the way the data is sometimes reported by third parties “could be misconstrued or misunderstood” and does not represent the company’s user base.
- Recent regulatory filing showed that Robinhood earned $180 million from payments for order flow in the past year. #notfree
- Other reports show that Robinhood is close to the highest cost for trading, getting the most $ for share order flow (poor potential execution)

E-Garbage Trucks
- From zero to hero?
- Nikola will build at least 2,500 battery-electric refuse trucks for Republic starting in 2023, in what they described as a binding contract
- Nikola will build the garbage trucks at a factory under construction in Coolidge, Arizona
- The companies did not disclose how much Nikola will charge for each truck, but Nikola said it will be less than $500,000 each, sufficient to provide his company with “good margins.”
- BUT: Republic said they will not make a deposit for its planned purchase.

Frozen-Virus?
- Two cities in China have found traces of the new coronavirus in cargoes of imported frozen food, local authorities said on Thursday, although the World Health Organization downplayed the risk of the virus entering the food chain.
- A sample taken from the surface of frozen chicken wings imported into the southern city of Shenzhen from Brazil, as well as samples of outer packaging of frozen Ecuadorian shrimp sold in the northwestern city of Xian, have tested positive for the virus,

JOBS!
- Domino's announced Monday that it will hire more than 20,000 employees nationwide for positions including delivery drivers, pizza makers, customer service representatives, managers and assistant managers.
- The company's supply chain centers across the U.S. are also hiring for production and warehouse team members, as well as CDL drivers.
- The company's U.S. same-store sales spiked 16% in the second quarter compared to the same time a year ago

NY Real Estate Update
- A new report claims that New York City is facing record apartment vacancies, leading to lower rents across multiple boroughs after residents fled the city during the coronavirus pandemic.
- The Hartford Courant reported that more than 16,000 New Yorkers switched their residence to Connecticut during the first three months of the pandemic, starting in March. Some movers reported residents swapping the Big Apple for California, Florida, Texas or even North Carolina.
- That drastic shift has resulted in a record 13,117 vacant apartments across Manhattan in July

Wuhan Pool Party!
-  Thousands of people attended a pool party at the Wuhan Maya Beach Water Park at the weekend. Wuhan, the city where COVID-19 first emerged, underwent a strict 76-day lockdown to contain the virus and has not reported a domestic transfer case since May.

Ellen DeGeneres Update
- Ellen DeGeneres Show ‘parts ways’ with three top producers amid investigation into misconduct allegations
- A spokesperson for Warner Bros confirmed to multiple media outlets that three top producers, Ed Glavin, Kevin Leman and Jonathan Norman, had “parted ways” with the show.
- Reports by Variety, The Hollywood Reporter and BuzzFeed state that Ellen DeGeneres announced the staff changes to the show’s crew via a videoconference call on Monday.