The latest employment report shows the economy is slowly healing – let’s take a closer look, shall we? 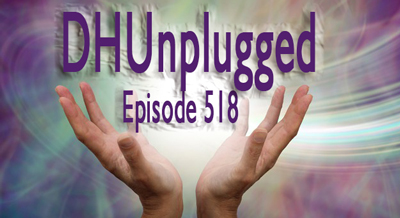 Stimulus talks break down – so next steps are Executive orders and memorandums.

Kodak is in the hotseat and markets are continuing to rally toward all-time highs.

Russia - Vaccine?
- Putin says that they have a vaccine
- Says daughter has already been vaccinated
- Also comments that side effect is fever
- Speaking at a government meeting Tuesday, Putin said that the vaccine has undergone proper testing and is safe.
- Seems as if it is in Phase 1 trial - even though they are calling it a vaccine available for use

Kodak Update
- DFCgov - U.S. International Development Finance Corporation. Investing in development and advancing U.S. foreign policy
- On July 28, we signed a Letter of Interest with Eastman Kodak. Recent allegations of wrongdoing raise serious concerns.
- We will not proceed any further unless these allegations are cleared.
- President Trump said hat he will not proceed with government deal with KODK until allegations of insider trading are investigated and cleared

We Called This
- Amazon is looking at using some shuttered J.C. Penney and Sears stores for Amazon fulfillment centers, The Wall Street Journal reported on Sunday.
- Amazon, is in discussions with Simon Property Group, the largest U.S. mall owner by number of malls with 204 properties
- The deal could give Amazon more warehouse space to unload and pick up packages closer to consumers, speeding up delivery times

Weekend Executive Orders
- $400/week - mix of federal and state benefits
--- Confusing as to how this will work, if optional by states
- Memorandums on eviction moratorium
- Memorandums on student loan debt
- Order regarding payroll tax deferral
---- This is confusing as well as how to implement
- What if not paid and then needs to be paid - who is responsible?

Buffett Bubble Indicator
- Global stock mkts have hit another milestone.
- All stocks are now worth more than 100% of global GDP for the 1st time since 2018 -  pointing to stretched valuations.
- For Warren Buffett, a Market Cap to GDP Ratio >100% means stocks in bubble territory

Disney - Smaller World
- Cutting back hours of Florida Park after lackluster attendance
- Latest earnings report having apparently lost $4.72 billion from April through June.
- That makes this the company’s first quarterly loss since 2001 and brings Disney’s total revenue down 42 percent

TikTok and WeChat- Never Stop
- Now reports that Twitter Inc has approached TikTok’s Chinese owner ByteDance to express interest in acquiring the U.S. operations of the video-sharing app
- Microsoft deal seems in doubt
- Earlier this week, Fastly (FSLY) CEO Joshua Bixby disclosed that TikTok is the company’s single largest customer, accounting for 12% of revenues over the past six months.
- Apple may have issues if WeChat banned - Not good for Tim Cook who just hit BILLIONAIRE status
--- KGI Securities Analyst Ming-Chi Kuo said that global shipments of the iPhone could drop by 25 to 30 percent if Trump carries out his threat to ban the popular TikTok and WeChat. In addition, Kuo said that annual shipments of other Apple hardware devices — including AirPods, iPads, Apple Watches and Macs — could drop by 15 to 25 percent.
- However, if new trade rules only force Apple to cut WeChat from its U.S. App Store, Kuo estimates that worldwide iPhone shipments would drop far less, slumping in the 3 percent to 6 percent range. Declines in sales of other Apple products would drop less than 3 percent.

Twitter hack
- A 17-year-old Florida boy accused of masterminding the hacking of celebrity accounts on Twitter Inc, including those of Democratic presidential candidate Joe Biden and Tesla Chief Executive Elon Musk, pled not guilty to charges on Tuesday.
- Graham Clark told Circuit Court Judge Christopher Nash in Tampa that he was not guilty of the 30 felony counts of fraud prosecutors have leveled against him, according to court records.
- Clark is scheduled to appear in court again on Wednesday for a hearing on a request to change his $750,000 bond and conditions of release.

De-Urbanization Trend
- Apartment contracts in Manhattan fell by more than half in July, while deals in many New York suburbs more than doubled, showing a continued flight from the city over the summer.
- The number of signed contracts for co-ops and condos in Manhattan — the best real-time measure of activity — dropped 57% in July compared with a year ago, according to a report from Miller Samuel and Douglas Elliman.
- The high-end of the market is getting especially hard hit, with co-ops priced between $4 million and $10 million down over 75%.

Mo' Money for Airlines
- A group of Senate Republicans last week backed extending a $25 billion payroll assistance program for U.S. airlines after warnings that carriers may be forced to cut tens of thousands of jobs without government action
- Thoughts on industry consolidation?

Biden Pick Odds?
- Thoughts as we inch closer to the announcement?
- Harris still in the lead
- UPDATE - HARRIS IS THE PICK

Steve Marata
There once was a Fed making unlimited loans
never meaning to make zombie clones
printing unlimited bucks
not caring who he fucks
all went to hell, leaving only his groans

David Brantley
Don’t worry, the outlook is sunny
So easy, it’s even quite funny
To extend your raise
For hundreds of days
The fed will just print some more money