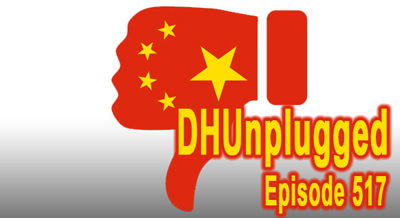 TikTok ban or sale in the works. A check on earnings season and a look at the Kodak deal – now being looked into by the SEC.

Lots to discuss – plenty of material in this episode.

Stim to Infinity
- there is a bill that is looking for $2,000/month for everyone
- Retoractive to March
- Continues for 3 months after crisis
- Kamala Harris, Sanders, Markey

Let's Discuss
- North Korean leader Kim Jong Un declared an emergency and a lockdown in a border town after a person suspected of being infected with the novel coronavirus returned from South Korea after illegally crossing the border, state media said on Sunday.
- Why would someone come back to North Korea?
- Is this just a ploy to start trouble with S. Korea?
- Supposedly the first confirmed case in North Korea
- Now claims ZERO cases on N Korea and working on human testing of a vaccine

China Tensions on the Rise
- China said the U.S. move to close its Houston consulate this week had “severely harmed” relations and warned it “must” retaliate, without detailing what it would do.
- Washington (last Tuesday) gave China 72 hours to close the consulate, which it said was “to protect American intellectual property and Americans’ private information.

TikTok
- President Trump threatening to ban company from US
----  President Trump says that MSFT (or another American company) needs to buy TikTok by September 15 or it will be banned
- Talk that the company is collecting data on US citizens and giving that to China Government
- Now Microsoft may buy the US assets of TikTok
--- How does that benefit Microsoft?
---- Talk that MSFT has interests in China so that may not be allowed.
---- AND - President Donald Trump said Monday that it could be easier if Microsoft were to buy Chinese-owned TikTok in its entirety, rather than a small part of the social video app, because the name would be split across two companies, and suggested the company should pay the U.S. Treasury as part of the deal.

Love to Hate China
- Japan’s government will start paying its companies to move factories out of China and back home or to Southeast Asia, part of a new program to secure supply chains and reduce dependence on manufacturing in China.
- Fifty-seven companies will receive a total of 57.4 billion yen ($536 million) in subsidies from the government

UltraViolet Air
- Two of the world’s largest meatpackers said on Friday they have installed ultraviolet air cleaning equipment in some U.S. plants, as pressure mounts on food companies to protect workers amid growing concerns about airborne transmission of the coronavirus.
- Tyson Foods Inc, which produces beef, pork and chicken, said it is doing extensive research on air flow and testing ultraviolet air treatment systems across several plants.
- It is not known whether such technologies kill the new coronavirus.

Latest Bankruptcies
- Lord & Taylor, one of America's oldest department stores, has filed for bankruptcy, joining a growing list of stores slammed by the coronavirus pandemic.
- Tailored Brands, the parent company of Men's Wearhouse and Jos. A. Banks, also filed for bankruptcy.

Cruise Update
- At least 40 passengers and crew from a luxury cruise liner have tested positive for COVID-19 and the authorities are still trying to trace a number of passengers from two recent Arctic voyages, public health officials in Norway said on Sunday.
- Four crew members on the MS Roald Amundsen were hospitalized on Friday when the ship arrived at the port of Tromsoe, and later diagnosed with the respiratory illness.
- Tests showed another 32 of the 158 staff were also infected.

Kodak - Fishy
- The Securities and Exchange Commission is investigating the circumstances around Eastman Kodak’s announcement of a $765 million government loan to make drugs at its U.S. factories
- Chairman of the board got massive option (non-restrictive) the day before the announcement)

Argentina - Restructuring Again
- Argentina confirmed on Tuesday that it reached an agreement with its major foreign private creditors, a step that the economy ministry said will “grant the country significant debt relief” and resolve its third sovereign default in two decades.

Matthew Taylor
Feds got us Bears by the balls
Our Puts are swamped by the Calls
The numbers all funny
There’s no value in money
Screw ‘rona, let’s head to the malls

Charles Floyd
The world caught a virus depression.
Social Justice Warriors started a procession.
Media thinks you're a chump,
and blames it on Trump.
Now we're stuck with Globalist oppression.

Michael Zavala
My friends in the streets commit felons
And somehow I miss Janet Yellen
I think of the days
We’d talk of a raise
Of the rates, and the markets were gellin’

Justin Duiguid
Chairman Powell’s simply a thug
Any bad news he’ll sweep under the rug
This limerick’s right up John’s alley
like a checkmark shaped rally
So dammnit send me a mug!