Fed Rate Decision and more stimulus on tap. This is going to be a big week for earnings and tech has plenty to prove. 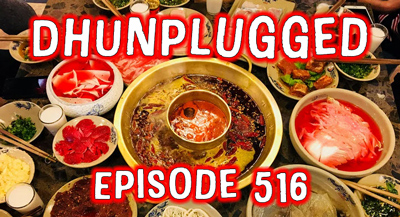 Rhetoric ratcheting up against China from many countries – but will anything really change?

Earnings, Fed and Stimulus Week
Lots on the Calendar - 2Q GDP going to be historic
Gold and Silver (and Bitcoin) ramping
Inflation check - CPE prices at end of week
Markets mixed, another week that tech faltered
Haircut on the Dock!

Earnings Playbook
- Retail or other  with some online presence-
- - Come in with earnings report
- Probably going to beat low bar
- Significant decline from year ago
- Say something about gain in online revenue or traffic
- Stock up!

Shopify (SHOP)
- Earnings before the market on Wednesday
- Announced files for $7.5 bln mixed securities shelf offering on night before - hmmmmm
- Stock up 147% YTD

Vaccine Update
- Moderna Inc said on Sunday it has received an additional $472 million from the U.S. government’s Biomedical Advanced Research and Development Authority (BARDA) to support development of its novel coronavirus vaccine.
- The drug maker said the additional funding will support its late-stage clinical development including the expanded Phase 3 study of Moderna’s vaccine candidate.
- Johnson & Johnson has launched US based COVID-19 human trials.

Museums - 760 Surveyed
- 33% of America's museums are at a "significant risk" of closing permanently by next fall due to economic distress from coronavirus-related shutdowns
- Ticket and gift shop sales, school trips and museum events are primary sources of funding
- 87% said they had 12 months or less of financial operating reserves.
- 56% said they had resources to cover less than six months of operations

Small Cap Insights
- As of the end of last year, 38% of Russell 2000 constituents were losing money.
- Since the market’s trough in March, their stocks have rallied about 79% on average.
- That compares with 47% for those that are profitable.
- Fed rescues by buying bonds and adding liquidity - no-one can fail

More Small Caps
- Small-cap companies are expected to post a year-over-year earnings declines of approximately 90% as companies report their second-quarter results over the next several weeks.
- This compares to a 67% hit for mid-caps and 44% for large-caps

Kodak
- Eastman Kodak (KODK) is gaping up 295%++ on report of $765 mln govt loan to help reduce the reliance on foreign countries for generic drug production ingredients
- Converting old facilities to make drug ingredients for generics to lessen reliance on China and India
- Out of nowhere, stock was up 20% the day before

Saying Goodbye
- Regis Philbin died of natural causes lastFriday, one month shy of his 89th birthday
- Logged more hours in front of the camera than anyone else in the history of U.S. television

South Africa Update - Note From Friend
- Yes things are very concerning in SA. At this stage its seems like 40% of SA wine will have to be dumped before the end of the year.
Our plan is to try and manage our 2021 harvest down with less water and fertilizer. Heart breaking!!|
- We don't understand all the decisions our government make. Like the total ban of cigarettes and Alcohol sales. We at least can do exports but that is a
small part of our business.

Blake Hughe
"As the Chair of the Federal Reserve,
The economy you have to preserve,
So print, buy and borrow,
Or else there'll be sorrow
and Trump's gains will be put in reverse"