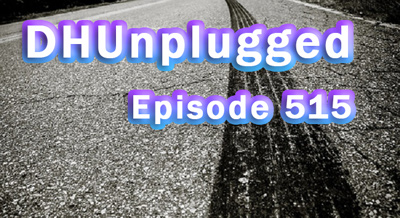 Earnings season is heating up – looking where to rubber will meet the road.

Some news on the U.S. Stimulus package.

NASDAQ Down - Out of favor for the week
Recoups Losses in on day (Monday)
Vaccine hope drove the trade in leisure/vacation/travel stocks
Shutdown or Showdown?
Earnings in Focus

Market Update
Weird Week - Pandemic Trade reversed all week (Amazon 12% off high at one point)
Markets Won't Stay Down - Always seems to be a mid-day reversal (11am or 1pm)
Shutdown talk heating up - market not too concerned
E-learning stocks on fire (LRN, CHGG, TWOU)
China Stock keep driving higher... (ASHR up 15% YTD)
Rotation back to Tech and Healthcare to start the week - then a reversal on Tuesday (ALGOS!)

Big News
- MORE STIMULUS - FREE MONEY
- European Union leaders reached a deal on a massive stimulus plan for their coronavirus-blighted economies at a pre-dawn meeting on Tuesday
$750 Billion in stimulus
- Poland would be a top beneficiary of the recovery package, receiving tens of billions of euros in grants and cheap loans
- €390 billion should be non-repayable grants, down from €500 billion originally proposed, and the rest in repayable loans.
- Whoops - Great Britain is Out...

U.S. Stimulus
- Another $1 trillion + coming?
- Senate Majority Leader Mitch McConnell on Tuesday made clear he supports another round of stimulus checks to Americans. The economy needs “another shot of adrenaline” amid the coronavirus pandemic, he said.
- Not sure what is happening with unemployment payments yet
- Discussion - Should we renews the $600 weekly payments?
- Apparently, markets not too happy that the Payroll Tax cut on on the agenda and that the deal will probably not be done until last minute. (Leaves unemployed in a bind)

Earnings season
- Starting to pick up with some important names this week
- Going to see if the rubber meets the road (price to earnings results)
- Tech and industrials this week  - Tesla/Microsoft  and then lots of the way.

IBM Earnings
- Revenue from the cloud business, previously headed by IBM’s new boss Arvind Krishna, rose 30% to $6.3 billion. (Redhat)
- IBM’s global business services unit was impacted as clients cut or delayed spending on discretionary projects due to COVID-19 - Sales in the unit fell 7% to $3.9 billion.
- IBM’s total revenue fell 5.4% to $18.12 billion in the quarter, but came in above analysts’ estimates of $17.72 billion

Feeling Cheated?
- Nearly a third of more than 40 large companies seeking U.S. bankruptcy protection during the coronavirus pandemic awarded bonuses to executives within a month of filing their cases
- Under a 2005 bankruptcy law, companies are banned, with few exceptions, from paying executives retention bonuses while in bankruptcy. But the firms seized on a loophole by granting payouts before filing.
- J.C. Penney - forced to temporarily close its 846 department stores and furlough about 78,000 of its 85,000 employees as the pandemic spread - approved nearly $10 million in payouts just before its May 15 filing.
- Luxury retailer Neiman Marcus Group in March temporarily closed all of its 67 stores and in April furloughed more than 11,000 employees. The company paid $4 million in bonuses to Chairman and Chief Executive Geoffroy van Raemdonck in February and more than $4 million to other executives in the weeks before its May 7 bankruptcy filing
- Hertz - which recently terminated more than 14,000 workers - paid senior executives bonuses of $1.5 million days before its May 22 bankruptcy

Loopholes
A top White House advisor said on Thursday that he expects TikTok to separate organizationally from its Chinese owner Beijing ByteDance Technology Co, amid growing U.S. concerns about the security of the data handled by the short video app.
- White House economic adviser Larry Kudlow told reporters such a move would be a better option than a ban on the app

Tech Wars
- Alphabet Inc’s Google said on Wednesday its corporate Gmail customers would now be able to edit documents and other files without leaving the email service, as it aims to lure clients from rivals by making its tools more integrated.
- Seems that they are taking aim at Microsoft
- Google also ramping up video calling/meeting services

Oxford-AstaZeneca Vaccine
- A coronavirus vaccine the University of Oxford is developing with AstraZeneca Plc showed promising results in early human testing, a sign of progress in the high-stakes pursuit of a shot to defeat the pathogen.
- The vaccine increased levels of both protective neutralizing antibodies and immune T-cells that target the virus, according to the study organizers.
- The results were published Monday in The Lancet medical journal.
- AstraZeneca shares rose as much as 10% in London but gave up some of those gains to trade 2.8% higher as researchers cautioned that the results were preliminary.

CoronaVirus Task Force Pressers On Again
-  President Trump's press conference on COVID-19: He believes the virus will get worse before it gets better; all Americans should wear masks

The Villages - North Florida (John Stec)
- Popular retirement community 55+
- Since the beginning of July, hospital admissions of residents from the Villages have quadrupled at University of Florida Health The Villages, the hospital’s critical care doctors said. As of last week, the hospital admitted 29 Villages residents, all of them with the virus
- Some reports show that this is the place with the highest STD per capital in US.

And The Depressing News
- New England Journal of Medicine - The latest findings raise concern that protection from reinfection may not last long in those with mild symptoms, which accounts for the majority of cases.