Traders placing bets like it was crypto-craze all over again. 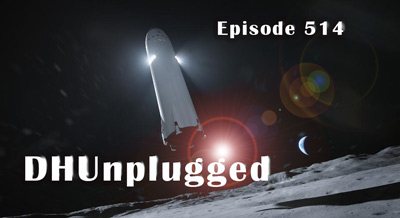 The pandemic is still raging and markets are begging for more stimulus.

Announcing the winner of the SPOT Closest to the Pin!

A Big Week - Stocks on Fire
S&P 500 goes positive for year (and then backs off)
High Flyer Reversal after Parabolic Move - on high volume
Florida Now THE Hotspot
Vaccine News!

Living Rent Free?
- Almost one-third of U.S. households, 32%, have not made their full housing payments for July yet
- About 19% of Americans made no housing payment at all during the first week of the month, and 13% paid only a portion of their rent or mortgage.
- That's the fourth month in a row that a "historically high" number of households were unable to pay their housing bill on time and in full, up from 30% in June and 31% in May.
- Renters, low-income and younger households were most likely to miss their payments, Apartment List found.

TikTok Ban
- The U.S. is "looking at" banning TikTok and other Chinese social media apps, Secretary of State Mike Pompeo told Fox News on Monday.
- Is this a political ban due to the way users are banding together to mess with the Trump Campaign?
- Free Speech issue?

More China:
- Secretary of State Pompeo confirms the strengthening of U.S. policy on South China Sea maritime claims
- U.S. plans to oppose certain Chinese territorial claims in the South China Sea
- PRC has no legal grounds to impose its will on the region and claim resources off the coasts of Southeast Asian states
- Do we have interest there? Why are we involved?

Schools
- Los Angeles and San Diego Unified School Districts announce that the new school year will start online only
- How are we going to open the schools again next month?

On The Chopping Block
- Dr. Fauci - being discredited for all the things he got wrong
- Scapegoat - the one to blame
- Why would anyone work with this Administration?
-- Eventually everyone is left on the street for dead

Moderna - Another Big News Day
- Data for Moderna's COVID-19 vaccine candidate show that it led patients to produce antibodies, according to results published by The New England Journal of Medicine
- Limited side effects
- Phase 1  small group in trial
- Hopeful - but still a bit early on
- Futures up BIG after hours on the news and MRNA up 14% after-hours
- Seems that this news was leaked toward end of day as no real reason for markets to plow higher into close

Stimulus Plan
- Progressing Slowly
- Back and forth on Federal Unemployment
- Threats to hold back educational assistance if schools don't open...
- Fed Balance sheet has increased from $4.2 trillion in Feb to over $7 trillion today.

Disney
- Opens in Florida but....
- Walt Disney Co. said it would again close down the Hong Kong Disneyland park (July 15) as the government there moves to clamp down on coronavirus cases, a fresh setback for a property the entertainment giant had reopened just last month.
- Makes no sense....

Stone Free
- “I commute the entirety of the prison sentence imposed upon the said Roger Stone, Jr. to expire immediately,” according to Trump’s order.
- “I also commute the entirety of the two-year term of supervised released with all its conditions, and finally, I remit any unpaid balance of the $20,000 fine imposed.”
- What was the point of the entire Mueller investigation - no matter what nothing would happen to anyone...?

Inflation
- CPI climbed the most since 2012

Airlines - No Clear Skies
- Delta reported an adjusted loss of $4.43 a share from earnings of $2.35 a share a year earlier, while the consensus on Capital IQ was for a loss of $4.16. Operating revenue plunged 88% to $1.47 billion, ahead of the Street's view for $1.39 billion.
- Passenger revenue cratered 94% to $678 million as travel demand retreated sharply as the disease caused by the coronavirus that emerged from China late last year spread around the world. Delta's handed out more than $2.2 billion in cash refunds to travelers.

Bank Earnings
- JPM out with earnings - beat both top and bottom lines - still earnings are down 50%+ from a year ago (stock up)
- Well Fargo swings to a loss of -$0.66, revenue down 17% from a year ago (Stock down 5% near May lows)
- Citigroup - Beat on top and bottom - adding $$$$$ for loan loss provisions (stock down)
- Banks with trading and less dependent on consumers doing better - those with

And - WHAT?
- The Trump administration has ordered hospitals to bypass the Centers for Disease Control and Prevention and, beginning on Wednesday, send all coronavirus patient information to a central database in Washington
- How does this work?

Robot Fans
- With their stadium devoid of fans due to coronavirus restrictions, Japanese baseball team Fukuoka SoftBank Hawks have come up with an imaginative replacement: dancing robots.

WHY?
Coronavirus test kits used in Tanzania were dismissed as faulty by President John Magufuli on Sunday, because he said they had returned positive results on samples taken from a goat and a pawpaw.