Nothing appears to be able to stop the bulls from buying every dip. Even when there isn’t a dip, they continue to buy – regardless of headwinds or valuation concerns. 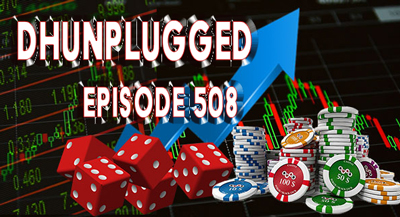 Announcing the winner of the CTP for Intuit!

Sell in May and you will PAY!

Market Update
Economics – Who Cares!
Earnings – Who Cares!
May Finishes on upbeat note – small caps fly high
Value Rotation Appearing
Fed commits to everything – no matter what it takes
Looks Like the Casino is Back Open and The House is Giving Away Chips

China/US Spat
- China has asked its state-owned firms to halt purchases of soybeans and pork from the United States, two people familiar with the matter said, after Washington said it would eliminate special U.S. treatment for Hong Kong to punish Beijing.
- China could expand the order to include additional U.S. farm products.
- However: Monday - China purchases at least 180,000 tonnes of soybeans for shipment in October or November

Riots – Antifa
- The US will designate the anti-fascist group Antifa a terrorist organization, President Donald Trump says.
- Seems that numbers of arrests indicate that many have been “bussed in” to cause trouble

Fed Buying Spree
- The Federal Reserve’s new facility for corporate bond purchases bought about $1.3 billion of shares in 15 exchange-traded funds in its first week of operation through 158 trades, data released Friday showed.
- The Secondary Market Corporate Credit Facility made the purchases from 10 securities firms between its launch on May 12 and May 18
- Its largest holding as of May 19 at $326.3 million was the iShares iBoxx US Dollar Investment Grade Corporate Bond ETF (LQD), the third largest U.S. taxable bond ETF, according to Lipper data. The fund’s largest holdings are bonds from such banks as Bank of America Corp (BAC), JPMorgan Chase & Co (JPM), Wells Fargo & Co (WFC) and Goldman Sachs Group Inc (GS) as well as telecom operators AT&T Inc (T) and Verizon Communications Inc
- In other words, a back-door bank bailout.

Here Comes The Price Hikes
- United Parcel Service Inc (UPS) on May 31 will slap surcharges on U.S. e-commerce companies that have flooded its delivery network with shipments of everything from packaged food to patio furniture since the coronavirus took hold in March.
- With oil prices depressed!

Social Media – Twitter Fact Checks
- President Trump last week threatened to regulate or shut down social media companies, one day after Twitter Inc (TWTR) for the first time added a warning to some of his tweets prompting readers to fact check the president’s claims.
- “Republicans feel that Social Media Platforms totally silence conservatives voices. We will strongly regulate, or close them down, before we can ever allow this to happen.”

And then – In the Bunker
- Secret Service agents rushed President Donald Trump to a White House bunker on Friday night as hundreds of protesters gathered outside the executive mansion, some of them throwing rocks and tugging at police barricades.
- Is there internet – been very quiet on Twitter
- When do we get the “Calm Down – all is good” Presidential Telecast? (Monday Night Statement was not a Calm Down, All is Good Statement)

The BEST Recession Ever!
- Although big spread of Main Street and Wall Street
- What happens when stimulus runs out?
- What could change all of this?????

Don't steal from Apple Stores
- Tracking stolen devices|
- On startup - “This device has been disabled and is being tracked,” - “Local authorities will be alerted.”

Follow-up - DE-Urbanization
- Redfin CEO Glenn Kelman CNBC interview: He is seeing a "mass migration" of people out of large cities due to COVID-19, remote work, and ongoing protests

Jeremy Adams
Trump, Birx, and Fauchy are funny,
As long as my nose isn't runny.
The press is a joke,
We're all going broke,
Eff it, just gimme free money!

Steve Demeo
There was a pandemic world shock
that put all the punter in hock
global fed chairs, pumped up our shares
leaving us all to take stock