The grand-reopening under new (and old) management begins. Markets seem uninterested with the idea that the economy is in a depressed state. 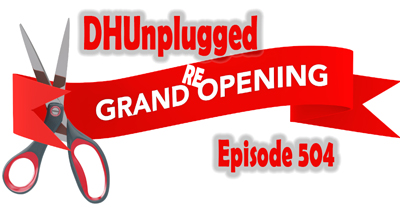 Treatments are creating a buzz, hope is in the air that a vaccine/cure will be forthcoming.

Inflation on the way? Let’s discuss.

College - Not What Was Promised
- Students at more than 25 U.S. universities are filing lawsuits against their schools demanding partial refunds on tuition and campus fees, saying they’re not getting the caliber of education they were promised.
- Online not the same as in-class it appears.

US Debt
- The Treasury Department announced Monday it is borrowing about $3 trillion this quarter.
- The money is being used in large part to subsidize economic rescue efforts in the wake of the coronavirus pandemic.
- Total U.S. government debt now is near $25 trillion, with the current fiscal year’s deficit running at $744 billion
- How will this be paid back?

Buffet/Berkshire
- Berkshire Hathaway Inc sold its entire stakes in the four largest U.S. airlines in April, Chairman Warren Buffett said Saturday at the company’s annual meeting, saying “the world has changed” for the aviation industry.
- The conglomerate had held sizeable positions in the airlines, including an 11% stake in Delta Air Lines, 10% of American Airlines Co, 10% of Southwest Airlines Co and 9% of United Airlines at the end of 2019, according to its annual report and company filings

Tells it All
- Savings and Spending Rates

Disney Reports Earnings
- Awful quarter - miss by $.30 and cuts dividend - for at least the next 6 months.

Food Shortage ?? - That's All We Need
- Costco Wholesale Corp said on Monday it had limited the number of beef, pork and poultry products customers can buy, as grocery stores prepare for massive shortages of meat supplies following coronavirus-induced supply disruptions.

Dirty Tricksters
- A top executive at United Airlines is telling employees to consider leaving the company voluntarily as it grapples with the consequences of the coronavirus pandemic.
- In a memo to some United Airlines staffers, which was obtained by CNN Business, Greg Hart — the company's chief operations officer — said the airline will need to "right size" its workforce.
-"You may want to seriously consider if you're in a position to take a voluntary separation," Hart wrote. He added, "You, alone, can decide if a [Voluntary Separation Program] works for you and your family."
- Will they keep benefits? What about Unemployment if voluntarily leave?

What is going on with ELON?
- Tweet last week that Tesla stock price was too high - getting rid of assets
- The Tesla CEO said last week that he did not want any possessions or any homes.
- Now two of his properties appear to be listed on real estate website Zillow.
- The Bel Air properties have a combined value of $39.5 million.

Banks are halting HELOCs
- “Wells Fargo Home Lending will temporarily stop accepting applications for all new home equity lines of credit after April 30
- “The decision to temporarily suspend the origination of new HELOCs reflects careful consideration of current market conditions and the uncertainty around the timing and scope of the anticipated economic recovery.”
- JPM and Wells so far...

Virus - China Hating
- Secretary of State Mike Pompeo said on Sunday there was “a significant amount of evidence” that the new coronavirus emerged from a Chinese laboratory, but did not dispute U.S. intelligence agencies’ conclusion that it was not man-made.
- “There is a significant amount of evidence that this came from that laboratory in Wuhan,” Pompeo told ABC’s “This Week,”
- Financial Repercussions?

More Virus
- The new coronavirus is likely to keep spreading for at least another 18 months to two years—until 60% to 70% of the population has been infected, a team of longstanding pandemic experts predicted in a report released Thursday.
- They recommended that the US prepare for a worst-case scenario that includes a second big wave of coronavirus infections in the fall and winter. Even in a best-case scenario, people will continue to die from the virus, they predicted.
- "This thing's not going to stop until it infects 60 to 70 percent of people," Mike Osterholm, who directs the Center for Infectious Disease Research and Policy (CIDRAP) at the University of Minnesota, told CNN.
- "The idea that this is going to be done soon defies microbiology."

There will be bankruptcies
- J Crew announce restructuring this week
- Hertz - hires restructuring specialists
- Norwegian Cruise Lines disclosed that certain conditions, including the suspension of cruise voyages and the decline in advanced cruise bookings as well as upcoming maturities and obligations, have raised substantial doubt about co's ability to continue as a going concern.
- AIRBnB Laying off 1,900 employees - 25% of workforce (what does this mean for the 2nd home/rental craze?)

Free Money = Fraud Potential
- The Justice Department charged two New England restaurateurs with fraud over their application for small-business relief loans, the first U.S. criminal action related to the huge federal coronavirus stimulus program.
- The business owners, David Staveley of Massachusetts and David Butziger of Rhode Island, are accused of seeking more than $438,000 on the basis of their false claim that they had dozens of employees at three of their restaurants, prosecutors said Tuesday.

Smart Guy
- A man is facing trespassing charges after security found him camping on Walt Disney World’s Discovery Island, according to the Orange County Sheriff’s Office.
- When deputies told McGuire they had been using a loud speaker to address him, he said he didn’t hear them because he was sleeping inside one of the buildings on the island, which he referred to as a “tropical paradise,” according to the report.

New Threat?
- The Giant Hornet has come to U.S. (Murder Hornets)
- In Japan, the hornets kill up to 50 people a year. Now, for the first time, they have arrived in the United States.

Jennifer Chiang
We’ll pay for as much oil you can store.
The crashing market seems to implore.
As the closing bells ring,
Storage is crowned the new king.
Tell the Saudi’s there’s no space for more.