Markets stage a stunning comeback after a horrific week. 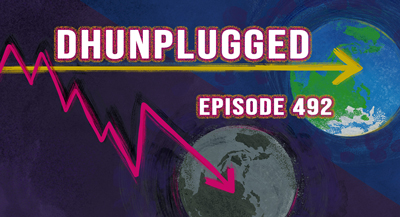 Updates on the Baltic Dry Index – shows that global trade is suffering since peaking in September 2019.

Tesla finally comes back down to earth – for a day – and an update on the impact of the fast spreading CoronaVirus.

CornoaVirus Findings
- Chinese researchers said the pangolin, a mammal illegally trafficked for its scales and meat, is a potential intermediate host for the coronavirus that has killed more than 600 people in China.
- “This latest discovery will be of great significance for the prevention and control of the origin (of the virus),” South China Agricultural University, which led the research, said in a statement on its website.

More Virus
- The director-general of the World Health Organization warned Sunday that countries outside of China should be prepared for the spread of the deadly new coronavirus to accelerate, saying that it’s possible only the tip of the iceberg has been seen.

CEO Selling - Tell Us Anything?
- Royal Caribbean Unit
- Azamara Club Cruises CEO Lawrence Pimentel sold 16,000 shares at $120 per share on Feb. 6, according to the filing. The stock closed at $118.26 on Feb.5.
- Shares of Royal Caribbean have fallen 17% since Jan. 17 amid concerns over the coronavirus outbreak in China grows.

Throwback - Equifax
- U.S. Charges 4 Chinese Military Members over Equifax Hack
- Does this mean that it was an official Chinese plot?
- Officials said the massive hack by the members of China’s People’s Liberation Army underscored Beijing’s aggressive pattern of stealing private data to improve its intelligence operations and boost the performance of its domestic companies.
-  How does this play out with US/China relations?

Foxconn - Apple
- Foxconn (major supplier of iPhones) remains offline
- Key iPhone supplier Foxconn's plan to resume production on Monday has been called off by the Chinese authorities due to worries surrounding the coronavirus outbreak, the Nikkei Asian Review has learned.
- The action further worsens the supply chain disruption for global electronics companies, including Apple, Amazon, Google and Huawei. Foxconn is the world's biggest iPhone assembler, and it makes Huawei smartphones and Amazon Kindle tablets as well as echo speakers, while it also supplies HP, Dell and most the major electronics brands.

Retail/Malls (SPG - JCD ALERTED in January)
- Simon Property Group Inc. said Monday it has entered an agreement to acquire mall REIT Taubman Centers Inc. in an all-cash deal valued at about $3.6 billion.
- Simon will pay $52.50 per Taubman share, for a 51% premium over the stock's closing price on Friday. The deal is expected to immediately boost Simon's funds from operations and to be at least 3% accretive on an annualized basis after closing.

Markets Now Don't Like IPOs that Lose Money
- Casper Sleeps - (CSPR) knocked its offering price down by about 50%
- Came to market at $12 per share
- Popped first day and then slumped - now trading at $10.50