Tension in the Middle East – what happens if oil prices surge? You will be surprised to hear what we found. 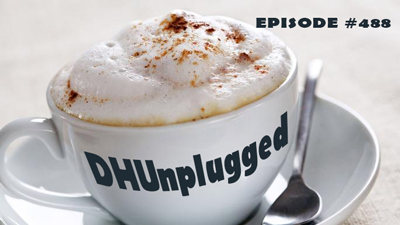 The new year starts with investors looking to get in on the action – no matter how frothy market conditions have become.

Best Story of the Year? (2019)
- Former Nissan Motor Chairman Carlos Ghosn Escape from Japan
- House Arrest - somehow gets out and flies to Lebanon (no extradition policy)
- Out of a Mission Impossible Movie
- First, somehow he gets on a train to Osaka. Goes to a hotel with two collaborators.
-  Two collaborators left the hotel shortly before 10 p.m., carrying a large box and a case for musical instruments, Ghosn is not seen with them. He is INSIDE...
- The two men headed to Kansai Airport and boarded a private jet, which took off at 11:10 p.m.
-  The entourage flew to Turkey and arrived in Lebanon on Dec. 30.

PEG RATIO
- No question that there is a healthy dose of froth in the markets....

ISM Manufacturing
- The U.S. manufacturing sector fell into its deepest slump in more than a decade in December as the U.S.-China trade war kept a lid on factory output, orders and employment
- The Institute for Supply Management (ISM) said its index of national factory activity fell to 47.2 last month from 48.1 in November. It was the lowest reading since June 2009
- ISM Services - Holding near 55

TESLA - RECORD HIGH
- Tesla Inc beat Wall Street estimates for annual vehicle deliveries and met the low-end of its own target, sending shares to a record high in a vindication for Chief Executive Elon Musk after a few turbulent years.|
- Boosted by demand for its mass-produced Model 3 sedans as overseas sales pick up, Tesla on Friday said it delivered 112,000 vehicles in the fourth quarter, including 92,550 Model 3s and 19,450 Model S/X SUVs, which was above expectations of 104,960 vehicles.
- Market cap just about the size of Ford and GM combined (Tesla $84 billion - F/GM $86 billion)
- Largest car manufacturer in America (Has eclipsed Ford's highest ever market cap over its history)
- Volkswagen ($98 billion)

Vape Flavors
- The Trump administration is banning flavored e-cigarette pods and flavored liquid nicotine products,  with the exception of menthol and tobacco flavors.
- So now no one can buy ?? Regardless of age?

Large-Caps Rule
- Apple and Microsoft, which surged 85% and 54% this year, respectively, together accounted for nearly 15% of the S&P 500's advance in 2019, according to S&P Dow Jones Indices
- Their influence to the cap-weighted index this year is greater than the next eight biggest contributors combined.

Sneaky-Pete
- Amazon.com Inc and its Ring home security camera unit have been sued by an Alabama homeowner who said the cameras’ defective design leaves purchasers vulnerable to cyberattacks.
- In a proposed class action filed on Thursday, John Baker Orange said an unknown hacker recently accessed his Ring camera while his children, ages 7, 9 and 10, were playing basketball on the driveway, and through its speaker system encouraged them to move closer to the camera.

UBER
- Uber Technologies Inc on Tuesday said its founder and former CEO Travis Kalanick will resign from the company’s board of directors.
- Going to be moving to CloudKitchens (kitchen only restaurants to supply food delivery)
- He has said that this is going to bigger than UBER

Bet on It?
- Daily fantasy sports company and bookmaker DraftKings is merging with a special purpose acquisition company (SPAC), allowing it to become public while forgoing the typical IPO process.
- DraftKings is combining with Diamond Eagle Acquisition Corp (DEAC),  a SPAC with a market cap of roughly $500 million, and SBTech, a betting and gaming technology company.
- Remember when this was shut down for a while - now it seems they came up through the ashes as fantasy sports betting has been somewhat legalized.
- Federal law specifically exempts fantasy sports contests from the prohibitions of the Unlawful Internet Gambling Enforcement Act, or UIGEA. At the state level, legislation and regulation vary state-to-state. (Some states still prohibit)

Not Getting Any Better
- Boeing could raise as much as $5 billion in debt to help cover expenditures that could top $15 billion in the first half, The Wall Street Journal reported
- They have plenty of cash on hand - but at these ultra-low rates - why not borrow it?

Will Middle East issues bring a correction?
- Bank of America Merrill Lynch said the S&P 500 has the tendency to dip 6% to 7% on geopolitical shocks, but the firm believes most of the loss will be recovered in the subsequent three months.
- Is this a geopolitical shock?
- US not as vulnerable to Oil price shocks as it once was - in fact may benefit S&P earnings...
- A look at wartime returns over history

Jeremy Siegel's Latest Prediction
- Siegel is forecasting that the Dow may hit 40,000 in the next four or five years, unless something derails the market’s bull run.
- How is that for a prediction....

There was a big man who said to cut
To the Fed he wouldn’t shut up
Fed Rates should come down
Hey - Powell you're a clown
Said The Donald as his scholarly rebut.