Merger Monday Mania. Trade Deal Euphoria. To FOMO and beyond! 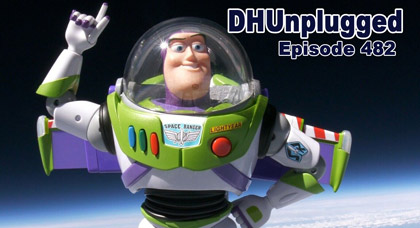 London cuts Uber, Fake Meat Update and an update on the CTP.

Yes, and a new brainteaser – just in time for Thanksgiving.

Uber - Out of London
M&A Monday
Weekend Upbeat Tone on Trade Deal
Holiday Shortened Trade Week
Bullish Tone on Script of End of Year
To FOMO and Beyond!

- China puts IP Theft protection on the table
- Bloomberg Bump?
- New Highs ahead of the close of November (End of Month Friday)
- Hindenburg and Titanic - nothing can stop this market?
- VIX sub-12 on Monday

Trade Deal Monday
- China took steps to tighten its IP protection which is key.
- However, the U.S. would like to see these steps put into law which has been a higher bar to pass.
- The Global Times is out saying the two sides are close but they continue to tie tariff roll backs to these comments.

GoldPerson Sachs
-Goldman Sachs Group Inc said on Friday it has launched an internal campaign to promote awareness about pronouns and how employees self-identify.
- In a blog post  Goldman listed "tips for being an inclusive ally", and advised that employees should not assume a colleague's pronoun or pronouns based on gender.

Apple Store
- Apple has removed customer reviews from its online store, as first reported by AppleInsider, and its been confirmed to be the case.
- AppleInsider got a tip from a reader that the reviews had been removed from the US, UK, and Australian Apple Stores (which we have also confirmed)
- Apple’s choice means that customers can’t provide useful feedback on the products available on Apple’s store — especially if a product might be bad.

Wells Fargo - Again
- Wells Fargo & Company expects to refund some customers for monthly account service fees due to “confusion” over how to qualify to have the fees waived, the company said in a recent Securities and Exchange Commission filing.
- The bank hasn’t disclosed how many customers might be affected by the issue or how much money is on the line, but the company mentioned the potential refunds as one way it was looking to rebuild customer trust after a series of embarrassing and costly scandals.

Impossible
- Burger King was sued on Monday by a vegan customer who accused the fast-food chain of contaminating its meatless “Impossible” Whoppers by cooking them on the same grills as its traditional meat burgers.
- In a proposed class action, Phillip Williams said he bought an Impossible Whopper, a plant-based alternative to Burger King’s regular Whopper, at an Atlanta drive-through, and would not have paid a premium price had he known the cooking would leave it “coated in meat by-products.”

Gore - Climate $$$
- Combating climate change may be “a life or death struggle” for aging millennials in particular, but such peril is not without an upside, according to former U.S. vice president and Nobel Prize-winning environmentalist Al Gore.
- The millennials targeted at a recent conference for Deutsche Bank Wealth Management, now well into their careers and building robust stock portfolios, should see the climate-change fix as “the single biggest investment opportunity in history,” Gore told the event in San Francisco.

Lettuce Alert
- Based on new information, CDC is advising that consumers not eat and retailers not sell any romaine lettuce harvested from the Salinas, California growing region.
- No Caesar Salad for Thanksgiving

Uber
- License to operate on London rescinded
- The company lost its license to operate in England’s capital city on Monday after the transport regulator discovered more than 14,000 journeys had been taken with uninsured drivers
- he Transport for London regulator issued a statement on Monday concluding it would not grant Uber London Limited a new “private hire operator’s license” in response to its application, after a “pattern of failures placed passenger safety and security at risk.”
- Uber has 21 days to appeal and can operate pending any appeal and throughout any appeal process.

Diversity = Stock Drop?
- Analysis of 14 years of market returns across 1,889 stocks find that when they appoint female directors, they experiences 2 years of stock declines.
- The market value of a given company fell 2.3% by adding one additional woman.

Hong Kong
- Democratic candidates secured almost 90% of 452 district council seats in Sunday’s poll
- The elections saw record turnout after six months of protests and brought upset wins for democrats against heavyweight pro-Beijing opponents, greeted in some voting centers by chants of “Liberate Hong Kong” and “Revolution Now”.
- Will this stop the violence?

Social Media
This is a problem: From Bloomberg news:

Fraudbook Update
- Facebook and Twitter announce that personal data of hundreds of users may have been improperly accessed after they used their accounts to log in to certain apps.
- This includes the email addresses, usernames and most recent tweets of people who used their Twitter accounts to access apps including Giant Square and Photofy.
- Twitter says it has informed Google and Apple about the vulnerability so that they can take further action.
- Sacha Baron Cohen hitting Zuckerberg hard
--- Said if Facebook had existed in the 1930s it would have allowed Hitler a platform for his anti-Semitic beliefs.

Trade Deal Update - HooHaa
- Chinese buyers scooped up at least 20 cargoes of Brazilian soybeans last week due to uncertainty over a trade deal with the United States that sent them rushing to lock in supplies, traders said on Monday.
- Chinese buyers have bought significantly fewer soybeans from their second largest supplier, the United States, this year, due to high tariffs on imports, which are expected to be lifted if the two sides agree to the first phase of a trade deal.