Fed rate cut decision and the employment report – all in the same week. 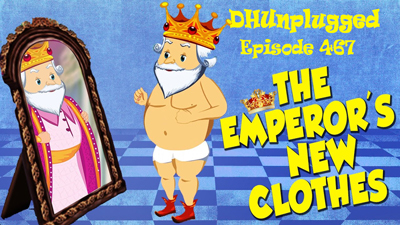 Tech has some good news and some bad…

Thoughts on the latest earnings season and more.

Starting Off:
- Will the Fed Cut and by how much?

The Emperor's New Clothes
- The story-line
- Barron's story this weekend shook it loose - Sky-High Software Stocks Are Beginning to Look Like They’re Forming a Bubble
- Many of the tech companies with no-earnings cited and those with earnings and ridiculous valuations.

On that...
- Interesting that we are seeing fewer stock able to make it through TDIMG stock screen process
- Last year 60+, now less than 30 names are coming through the screen.

Interesting Chart
- There has never been a recession in the post-war period without the LEIs first going negative. — Jeff Gundlach
- Chart from @TihoBrkan

Last week it was the Russians - This week:
- Chinese companies are behind some of the most popular photo and video apps around the world. That may mean vast troves of user data are at risk of falling into Beijing's hands, according to cybersecurity experts.

Beyond Meat (BYND) - Earnings
- 2nd earnings since the company went public
- Missed on EPS, Revenue way ahead - secondary offering
- Stock down as much as 15% - climbing as traders don't care about losses or dilution

BREXIT
- Boris Johnson giving EU an ulimatum
- Before talks begin, re-open the "divorce agreement" they were working on under May (EU refused)
- Pound tumbles 1.3%

More Data Breach
- Capital One Financial Corp. said data from about 100 million people in the U.S. was illegally accessed after prosecutors accused a Seattle woman of breaking into the bank’s server at a cloud-computing company.
- The woman, Paige A. Thompson, was arrested Monday and appeared in federal court in Seattle. The data theft occurred some time between March 12 and July 17, federal prosecutors in Seattle said.
- The cloud-computing company, on whose servers Capital One rented space, wasn’t identified in court papers.

Are you eligible? Equifax $125
- https://eligibility.equifaxbreachsettlement.com/en/eligibility

The Closest to the Pin
Bank of America (BAC)

Disney
- Abigail Disney told the Yahoo News show “Through Her Eyes” that a worker sent her a Facebook message expressing how tragic being employed at the Magic Kingdom has become. So she decided to find out for herself.
- “I went to Anaheim, and I wanted to be sure I understood the situation and the context really, really well. Every single one of these people I talked to were saying, ‘I don’t know how I can maintain this face of joy and warmth when I have to go home and forage for food in other people’s garbage,’” Disney, 59, told Yahoo News host and human rights activist Zainab Salbi in an interview posted Monday.

More Vaping
- Lawmakers blasted Juul for its alleged role in fueling a teen vaping "epidemic," calling the company's tactics "right out of the tobacco playbook" and eager to understand what makes Juul's e-cigarettes "so attractive to teenagers."
- A federal survey found nearly 21% — or 3 million — U.S. high school students vaped last year. Some, including former Food and Drug Administration Commissioner Scott Gottlieb, blame the surge in teen e-cigarette use on Juul, which makes the market-leading product.

Influencers
- Brands pay billions of dollars globally a year to promote their products through influencers who have sizable followings on top social media sites. - A new report suggests that, for a good chunk of their spending, those advertisers are getting ripped off.
- Fraudulent activity is costing advertisers $1.3 billion this year, according to a report from Cheq, a cybersecurity company focused on the digital media space
- The fraud figure represents about 15% of what the report predicts will be an $8.5 billion market this year in spending on global influencer marketing