We have a truce in the US/China trade spat. 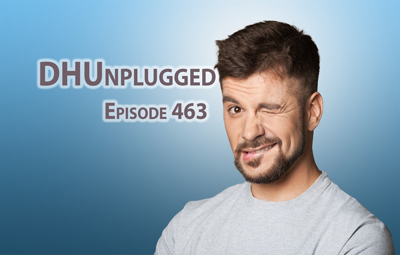 New Highs for the S&P 500, 5G impact on NOAA/NASA Satellite data and more….

Short week for markets in the U.S.
- Thursday markets closed for July 4th holiday (Equity markets close at 1PM on Wednesday)
- Friday Jobs report - could be volatile due to low volume/participation

G-20 Meeting
- It looks as though the U.S. blinked
- Clearly the need to appease markets was on the mind of the U.S. delegation
Latest "truce" sent markets higher
- Nothing has really changed
- China buying "massive"  amounts of Agriculture products
- No further escalation of tariffs (for now)
- Trade talks restart
- Huawei - now allowing some U.S. companies to sell products to Huawei (How does this make any sense?)

Apple support - FAIL
- Macbook swelling from battery - chassis all warped
- Went to store, contacted AppleCare
- Sent in after haggling with price
- Say water/moisture (never been wet - 98% of timein my office)
- $750 to fix after $199 quote

More Facebook
- A Facebook mail facility near company headquarters was evacuated Monday after a routine check found mail possibly containing the nerve agent sarin.
- Authorities put the site under quarantine as they conducted additional testing. Four buildings were evacuated and three have been cleared for people to come back in, said Facebook spokesman Anthony Harrison in a statement. The suspicious package was delivered around 11 a.m. to one of the company's mail rooms, he said.
- What kind of mail could Facebook be getting and why do they have a mail facility? Isn't this a digital company?

Weather Data and 5G
Operational impacts from potential loss of NOAA/NASA METOC satellite data resulting from the FCC spectrum auction for 5G
- Remotely sensed observations (water vapor) may be degraded or lost due to growing interference from the broader adoption of 5G; specifically, in the 24 GHz bands.
- Naval operations will continue but with a probable degradation of weather and ocean models, resulting in increased risk in Safety of Flight and Safety of Navigation, and degraded Battlespace Awareness for tactical / operational advantage.

Anderson Cooper
- Gloria Vanderbilt left her Midtown home to her eldest son Leopold Stokowski and the rest of her estate to youngest son Anderson Cooper — but nothing to estranged middle son Chris Stokowski, according to her will.
- $200 million?

More Boeing issues
- Southwest Airlines expects it will have to remove the grounded Boeing Co 737 MAX jets from its flying schedule beyond the current Oct. 1 re-entry date following the discovery of a fresh safety issue, Chief Executive Gary Kelly told employees on Monday.
- Last week, Boeing said that it would take until at least September to solve 737 MAX software issues - later than airlines had been expecting - after U.S. aviation regulators uncovered a new problem during simulator sessions.

2. It is physically impossible for most people to lick their elbow. (Then again... [LINK] )

4. There are more living organisms on the skin of a single human being than there are human beings on the surface of the earth.

6. Everyone that just heard this will try to lick their elbow.