Rate cut chances are rolling up. Markets continue to see bids as there is hope for the Fed to ride in and save the day ! 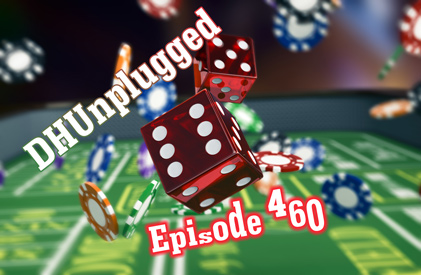 What is with the employment situation? One off or more to come….

Mexico Tariffs
Looking back.....
- Prediction - Tariffs go inforce 6/10/19 if immigration situation not resolved (or something comes out of Mexico to deal with)
- - 6/9 (Sunday night right before futures open) we will see a postponement as "talks are going well"

China
- China’s imports dropped sharply last month, in a fresh sign of anemic demand in the domestic economy, adding to the pressure on Beijing as it struggles to manage trade tensions with the U.S.
- This also means that exports from U.S. to China dropped....

NEW PREDICTION
- Press China tariffs (via tweets)
- Play hardball until after a Fed rate cut
- Make a deal happen that looks like a win for the U.S. after rate cut to boost markets into election cycle

Fake Fake Burger
- The Impossible Whopper — a meatless burger that tastes like meat — was actually impossible to find at a Burger King in Brooklyn.
- For the last few weeks, the Burger King at 736 Broadway in Williamsburg advertised the popular vegan option on its menu, even though the burger is only available in select cities.
- “I was incredulous,” a 35-year-old Williamsburg resident told Eater last week, after eating what he thought was the Impossible Whopper.

Housing
- Mortgage rates just hit a 2-year low
- Will this prop up the housing market - OR - push sellers to keep high prices intact?

Modern Monetary Theory (MMT) - We Buying into this?
- Modern monetary theory, a vision of political economy that is now having a moment, particularly within the left flank of the Democratic Party.
- Imagine the government could permanently eliminate unemployment. Then imagine it could simultaneously keep inflation under control. Finally, imagine it already has the power to do all this, but refuses to act out of ignorance or malice.
- MMT advocates argue that the government should use fiscal policy to achieve full employment, creating new money to fund government purchases. The primary risk once the economy reaches full employment is inflation, which can be addressed by raising taxes and issuing bonds, to remove excess money from the system
- According to MMT, a large government debt isn't the precursor to collapse we have been led to believe it is, countries like the U.S. can sustain much greater deficits without cause for concern, and in fact a small deficit or surplus can be extremely harmful and cause a recession since deficit spending is what builds people's savings.

FED Update
- Fed will meet and reveal their rate decision next week
- Johnny Mathis - Chances Are.....Any chance of a cut?

Midtown Manhattan Scare
- Helicopter crash lands in Manhattan
- Markets sell off on the news - concern about intentional crash - but seems to be accident.

Loans for Rentals
- Startups are pitching rent loans to young tenants, stepping into a market long associated with payday lenders

Look what the WSJ is doing: IP THEFT!
- The Baby Boomer vs. Millennial Investment Smackdown
- Two baskets of stocks: one created with young people in mind and one with products retirees might want

What is with the extradition law in Hong Kong?
- Anger in Hong Kong over a move to allow extraditions to mainland China spilled over into Sydney on Sunday, with migrants gathering for a protest and urging the Australian government to condemn the proposed new law.
- Accountant Ida Lee, one of 1,000 people who gathered in central Sydney, told Reuters she valued her freedom of speech, and that expatriates feared being seized by China as they traveled through Hong Kong.
- Hong Kong government officials have repeatedly defended the proposed bill that would allow suspects to be sent to China to face trial, saying the law carries adequate safeguards. But many of its opponents deeply question the fairness and transparency of the Chinese court system and worry about security forces contriving charges.

Amazon pulls the plug
- Amazon is shutting its restaurant delivery service in the U.S., putting an end to a four-year experiment that sought to compete with the likes of Grubhub and Uber Eats

1. Zebras have only one toe on each foot.

2. Feeding curry to a sheep reduces the amount of methane in its farts by up to 40%.

3. Canada eats more macaroni and cheese than any other nation in the world.

5. Eating grapefruit can restrict the effects of 43 different kinds of medications.

6. In the 1980’s, the founder of Pringles, Fredric Baur, requested to be buried in a Pringles can. His children honored the request.