Markets now getting hit from the latest anti-trust review of key tech companies. 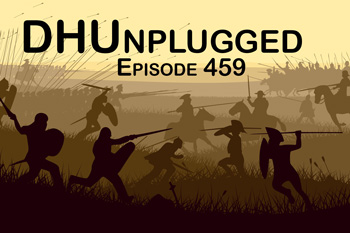 Gold is getting a lift after news that the U.S will impose tariffs on Mexico.

Apple has a new monitor that costs how much?

Rate cuts odds are going up.

S&P 500 below the 200-day (rally today took it back over)
66%+ change of rate cut by July
Facebook, Google, Amazon SLAMMED - recover somewhat
NASDAQ entered correction and then bounced 3%
MEXICO TARIFFS???

Mexico Tariffs
- 5% on ALL products coming into the U.S.
- Out of the blue Tweet by Pres. Trump (The Tariff Man) last week
- Using Tariffs as a policy tool now
- Prediction - Tariffs go inforce 6/10/19 if immigration situation not resolved (or something comes out of Mexico to deal with)
- - 6/9 (Sunday night right before futures open) we will see a postponement as "talks are going well"

China Trade
- Speaking at a hastily arranged news conference, Chinese Vice Commerce Minister Wang Shouwen said it was irresponsible of the United States to accused China of backtracking.
- “If the U.S. side wants to use extreme pressure, to escalate the trade friction, to force China to submit and make concessions, this is absolutely impossible,” said Wang, who has been part of China’s negotiating team.
- Switching into English, he said: “Nothing is agreed until everything is agreed”.

Tech Stocks getting Slammed
- Facebook (FB), Alphabet (GOOG), Amazon (AMZN), and Apple (AAPL) were all singled out in various reports indicating that the companies could face antitrust scrutiny by the Department of Justice and/or Federal Trade Commission.
- FB down 18% from high
- AMZN down 14.5% from high
- Apple down 20% from recent high
- Nasdaq 100 down 11.5% from May high

Gold is moving higher on political headwinds and market mayhem
- Can it break recent downtrend?

Buffett Lunch
- Cryptocurrency pioneer Justin Sun bid a record $4.57 million to have lunch with Warren Buffett, who famously referred to Bitcoin as “probably rat poison squared.”
- Sun launched Tronix, also known as Tron or TRX token, in 2017. It’s valued at $2.56 billion and is the 10th largest cryptocurrency in the world,
- The 28-year-old Chinese entrepreneur said he hopes to educate the Oracle of Omaha on cryptocurrency and the underlying technology, called blockchain. Buffett said he’s looking forward to meeting Sun and his friends.

It likened the new display to high-end reference monitors in the $40,000 price range, with brightness so "extreme" it had to replace the "H" with an "X" in the product name. (Apple Pro Display XDR)

Rough Cut
- North Korea executed its nuclear envoy to the United States as part of a purge of officials who steered negotiations for a failed summit between leader Kim Jong Un and U.S. President Donald Trump, a South Korean newspaper said on Friday.

Back again?
- The deadly Ebola outbreak in eastern Congo has surpassed 2,000 cases and is picking up speed.
- The number of confirmed cases reached the milestone three times as quickly as it took to reach 1,000, experts said Tuesday. The outbreak declared in August, the second-deadliest in history, has killed more than 1,300 people in a volatile region where rebel attacks and community resistance have hurt containment efforts.

Social Media Cracking Self-Policing
- In an effort to protect children on its platform, YouTube has updated its security policies and guidelines to forbid “younger minors” from streaming unless they have an adult with them. The safety of children and families on the video platform has long been a concern that’s become more talked about recently, and YouTube says the restriction on the service’s live features is one of several ways that it’s taking precautions for younger audiences and content creators.

AND...
- Carnival Corp. reached a settlement Monday with federal prosecutors in which the world's largest cruise line agreed to pay a $20 million penalty because its ships continued to pollute the oceans despite a previous criminal conviction aimed at curbing similar conduct.

???
-Sources confirm to The Hollywood Reporter that the former presidential candidate and her daughter are exploring the the idea of launching a film and television production company. The goal, sources say, will be to focus on stories that revolve around women.

OOPS
- President Donald Trump on Monday appeared to lightly touch Queen Elizabeth II on the back during the State Banquet as he visited the UK, which is a violation of royal protocol.
- In order to touch the Queen, protocol dictates that she must first offer her hand to you.
- Michell Obama made the same mistake on a visit by hugging the Queen
- Trump brought the whole family to the event

1. People can suffer from a psychological disorder called Boanthropy that makes them believe they are a cow.

2. Elvis was originally blonde. He started dying his hair black for an edgier look. Sometimes, he would touch it up himself using shoe polish.

3. A red blood cell takes only about 20 seconds to make a complete circuit through your body.

4. If you were to have your picture taken by the very first camera, you’d need to sit still for 8 hours.

6. The famous Lacoste crocodile symbol was created in 1933, and was the first designer logo ever.