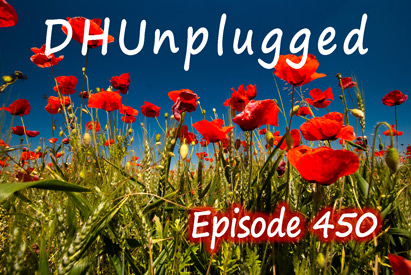 April has some interesting characteristics related to market – will the trend play out?

Looking at the LYFT IPO and other names of interest.

Stories making the rounds that the 10 Year is now above the 3 month - but short end is still somewhat inverted.

Even more stories are floating around about April being one of the best months for markets - April Flowers?
- Is this an indication that once again information that is known will collapse upon itself?

U.S Manufacturing rose a bit this month - off of a 2-year low

LYFT IPO - Came out at $72 and ramped higher to $87 but closed at the lower range of the day on Friday
- Fell below IPO offer price on Monday to close at $68
- Too much negativity surrounding this name?

BUYBACKS!
- U.S. companies rolled out last quarter the sixth-highest quarterly volume of stock buyback announcements in the past decade, even as buybacks came under increased political scrutiny.
- Corporate America announced $212.7 billion in buybacks last quarter.  While below the $242.1 billion in the first quarter last year, it was still historically high.   Buybacks topped $200 billion in five of the past eight quarters.
- “Companies committed enough money to buybacks last quarter to give $1,500 to every U.S. worker subject to withholding,” said David Santschi, director of liquidity research at EPFR’s TrimTabs.
- “Buybacks are one factor driving economic inequality in the U.S., as top corporate executives tend to benefit disproportionately from them.”

Facebook - Part 2
- Facebook is looking to add paid publishers with a new "tab"
- Requesting governmental help in social media via recent Opt-Ed in Washington Post
-- Facebook CEO is calling on “governments and regulators” around the world to help rein in the internet, and his own company.
-- “By updating the rules for the Internet, we can preserve what’s best about it — the freedom for people to express themselves and for entrepreneurs to build new things — while also protecting society from broader harms,” Zuckerberg writes.
-- Zuckerberg goes on to ask for new regulation addressing four topics: “harmful content, election integrity, privacy, and data portability.” But the bigger point is that he’s asking for regulation at all: For years, Silicon Valley’s tech leaders assumed that governments and regulators were anachronistic speed bumps to be avoided.

Price Cutting
- Amazon.com Inc. is planning to cut prices on hundreds of items at Whole Foods stores this week, as the e-commerce giant seeks to change the chain’s high-cost image amid intense competition among grocers.

Cryptos:
- Bitcoin and others are raging again. Bitcoin topped $5000 for a moment on Monday/Tuesday
- Thoughts on reason?

1) Fed Chair Powell's Net Worth is:

One more thing....
- Apple may see a change as the company is about to enter the blackout period prior to earnings on April 30
- Not exactly known what the company does during this period - but generally 30 days before earnings they stop buying back stock

Pay to Play
- The U.S. Constitution does not guarantee a prisoner sentenced to capital punishment “a painless death,” a divided Supreme Court said on Monday, paving the way for the execution of a convicted murderer who sought to die by lethal gas rather than lethal injection because of a rare medical condition.

Charging Mat
- Apple last week on Friday said it is canceling the AirPower wireless charging mat that the company announced in 2017 on the same day as its iPhone X
- In a statement, Apple said that it had concluded that its AirPower mat “will not achieve our high standards.”