The yield curve is collapsing. This could be something important to watch as the 2/10’s are on a path to invert. 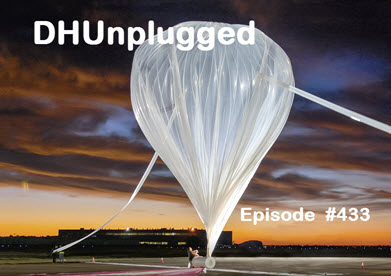 Plenty of conjecture over what really happened at the G-20 meeting – we get to the bottom it.

Plus, a look at the hottest scam that is raking in lots of money from unsuspecting seniors.

BACK FROM CRUISE - Celebrity Edge

November is in the record books - most indices staged an impressive rally last week to get in the green
- DJIA was up 5%, S&P, NAZ, Small-Caps all rallied as markets liked that Fed Chair Powell seemed to soften his stance n rate hikes. Moving from direct path to data driven (which is what they always were, but markets just wanted to hear it)
- Hope for  some type of breakthrough at the G-20 with US and China into the end of the week

G-20 - a whole lot of nothing. Dinner with Trump and Xi said to postpone the increase of tariffs to 25% from 10% for 90 days.
- Supposedly China agreed to purchase LOTS of THINGS for the US (no details of course)
- GREAT meeting, everyone loves each other.
- Markets liked that there is some softening of the trade escalation. (Futures up 500 points on Sunday night, then faded throughout the day)
- Total Horseshit - nothing in writing and no confirmation from China. (Trial Balloon # 1,236,349)
- "It doesn’t seem like anything was actually agreed to at the dinner and White House officials are contorting themselves into pretzels to reconcile Trump’s tweets (which seem if not completely fabricated then grossly exaggerated) with reality." - JPM trading note
- Credibility with markets is totally shot

Market took a big leg down on Tuesday - wiping out all of Monday's gains. (partially due to banks getting slaughtered as yield curve flattened)
- DJIA finished doen 800 points - small caps slammed down 4.25%..... (Markets closed Wednesday)

Apple - downgraded, suppliers lower guidance on reduced orders and now the company is starting to discount some phones.

ALERT!
Consumption of canned tuna has dropped 42 percent per capita from the last 30 years through 2016, according to U.S. Department of Agriculture data.
The industry places the blame on younger consumers, who want fresher or more convenient options.
"A lot of millennials don't even own can openers," Andy Mecs, the vice president of marketing and innovation for Starkist, said to the Journal.

And...
Overall, there were more than 2.8 million U.S. deaths in 2017, or nearly 70,000 more than the previous year, the Centers for Disease Control and Prevention said.
- It was the most deaths in a single year since the government began counting more than a century ago.
- The increase partly reflects the nation's growing and aging population.
- But it's deaths in younger age groups -- particularly middle-aged people -- that have had the largest impact on calculations of life expectancy, experts said.

GM doing a bit of restructuring - laying off 14k+ workers and shutting factories in US
- General Motors CEO Mary Barra to meet with various Senators on Wednesday to discuss job cuts (WHY??)

Closest to the Pin - DIA (Warm-Up for EOY Final)

SCAM
- The government is releasing new information about a growing scam targeting older Americans. It tricks people into mailing cash to people pretending to be their grandchildren. Victims reportedly lose an average of $9,000.
- "I hear, 'Don't be afraid, but I'm the public defender from Austin, Texas. They have put your grandson in jail after a wreck, and he has a DUI offense,'" Stratton said.
- Not only that, but the "attorney" briefly put his "grandson" – who sounded injured – on the phone. So Stratton drove to the bank, got the cash and mailed it.

Customer Service (NOT)
- A 67-year-old woman was reportedly left in a wheelchair overnight at Chicago O’Hare International Airport after her American Airlines flight to Detroit, Mich., was canceled.
- Olimpia Warsaw had flown into Illinois to attend a relative’s funeral. After the service, Warsaw was to catch a flight back home to Michigan, her son Claude Coltea told CBS Chicago.
- Warsaw, who has trouble communicating and walking due to Parkinson’s and diabetes, uses a wheelchair.
- Coltea said he took his mother up to her flight gate and spoke to the agent there to confirm his mom would be taken care of.

This is what happens...
- A woman is suing employees of a Florida jail after they allegedly forced her to spend nearly 10 hours in a cell surrounded by 40 men because they suspected she was transgender.
- Fior Pichardo de Veloz, 55, was had come to Miami from the Dominican Republic to witness the birth of her grandchild when she was arrested at the airport on an outstanding drug charge in 2013.
- The arresting officer listed her gender as female. She was booked into Turner Guilford Knight Correctional Center and processed as a woman, then strip-searched, the newspaper reported.
- Due to her history of high blood pressure, Pichardo was taken to a medical unit to be examined as a precaution.
- A nurse noted she had been taking hormone pills and asked her whether she was a man. Despite Pichardo's denial of this, the nurse added this note to her file: "Transgender, male parts, female tendencies.”

Seriously? Dark Web Grows a Conscience...
- Major dark web drug suppliers have started to voluntarily ban the synthetic opioid fentanyl because it is too dangerous, the National Crime Agency has said.
- They are “delisting” the high-strength painkiller, effectively classifying it alongside mass-casualty firearms and explosives as commodities that are considered too high-risk to trade.

If you feel that you need some relief,
While sipping caffeine through your teeth,
Starbucks limits your access,
To writhing on a mattress,
So you'd better go home to de-brief.