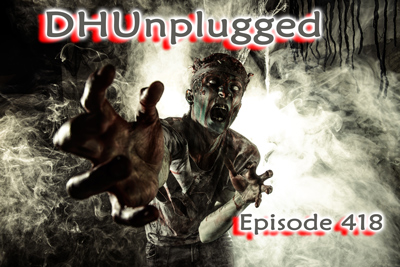 Trade wars getting in the way of a rosy outlook, but U.S. economic growth remains robust.

Plus, we take a look at the latest engineering marvel from Tesla and a creepy AI project out of China.

AH on vacation - no show next week.
(Just saw that the weather in Seoul is going to be 103 degrees when I arrive - but humidity is "only" 45%)

Earnings - better than expected from most as about 80% are beating EPS estimates and 20%+ growth of earnings from a year ago. Clearly there is demand, but tax cuts also helped corporate profitability in a big way. However, lots of talk blaming tariffs and trade war on outlook.

Now the DJIA seems to want to take the lead over the past couple of weeks, from the NASDAQ

News today that the U.S. , China and Canada are going to restart trade talks. On the news, (pre-market) futures shot up.
-Note, this was commentary early Tuesday morning from Treasury Secretary Mnuchin (which having a hard time believing anything he is saying these days)
- FOLLOW UP 3:50PM - "S&P ticking slightly lower following report that trade talks between U.S. and China are not making any meaningful progress, according to WSJ"
- FOLLOW UP to the FOLOOW UP - 6:30PM - trade talks are going well between U.S. and China
- FOLLOW UP to the FOLLOW FOLLOW UP - 7:30PM - U.S. may look to increase tariff rate to 25% on $200 billion on China imports.

Facebook earnings - stock sinks the most by market cap than any other stock in history.
- Surprise? Not really. Management has been telling us for a while that revenues are slowing.
- EPS and revs were okay, but not to justify the massive move the stock has had over the past few months.
- Management in conf call once again stated that they are going to see a slowdown in revs for the foreseeable future due to new privacy rules/plans.

Tech is also having a hard time globally. Tencent has lost $143 billion over the past month or so in market cap (Facebook ~ $135billion)
- Crowded trades

On the heels of the disappointing news, Facebook Inc and its chief executive Mark Zuckerberg were sued on Friday in what could be the first of many lawsuits over a disappointing earnings announcement by the social media company that wiped out about $120 billion of shareholder wealth.
- The complaint filed by shareholder James Kacouris in Manhattan federal court accused Facebook, Zuckerberg and Chief Financial Officer David Wehner of making misleading statements about or failing to disclose slowing revenue growth, falling operating margins, and declines in active users.

What are Twitter and Facebook earnings telling us?
- Fake news brainwashing - don't believe what you don't want to believe.... Confirmation bias is as high as it has ever been.... Ignore the bad as confidence is high.

U.S. conspiracy theorist Alex Jones has been suspended from Facebook for bullying and hate speech and is close to having pages tied to him and his Infowars website removed from the platform, the social media network said on Friday.

Add to that Caterpillar earnings...
- Company beats and guides better than expected. Pre-market stock shoots up 4% on Monday. Then takes that all back as there is a realization that some of the increase in sales is also due to Pull-Forward Effect.

Just to put a fine point on this Pull-Forward Effect that we have been discussing - take a look at the massive export growth and consumer expenditures that were the main reason why GDP hit 4.1%

Speculators raised bullish bets on the U.S. dollar to the largest position since January 2017, according to calculations by Reuters and U.S. Commodity Futures Trading Commission data released on Friday.
- Take the other side as often times big positions to one side get swamped?

Elon Musk has come up with some interesting merchandise to promote his companies over the years: he recently sold Boring Company hats and a branded flame thrower.
This week, his electric car company Tesla released a new product: a $1,500 surfboard.
- Only 200 available - sold out.

Regarding Bitcoin's ability to replace gold
- The cryptocurrency’s vulnerabilities to attack mean it is destined to play no more than a bit role in the global monetary system, a new study shows. (Nat Bureau of Economic Research)
- Just finished a interesting discussion with a BITCOIN EVANGELIST for TDI Podcast (releasing this week)
- Winkelvoss twins attempted to get a Bitcoin ETF approved - Not so...REJECTED

P&G, the purveyor of Charmin toilet paper, Bounty towels and Puffs tissues, said on Tuesday that it had recently begun notifying retailers of a 5-percent average price increase on all three brands of toilet paper.
- Why don't we all switch to bidets?
- Benefits of a bidet

- Conserving Waste and Saving the Earth. A bidet is much less stressful on the environment than conventional toilet paper. ..
- Increased Cleanliness. ...
- Therapeutic Effect on Skin. ...
- Septic System Friendly. ...
- Cost-Effective and Easy to Use. 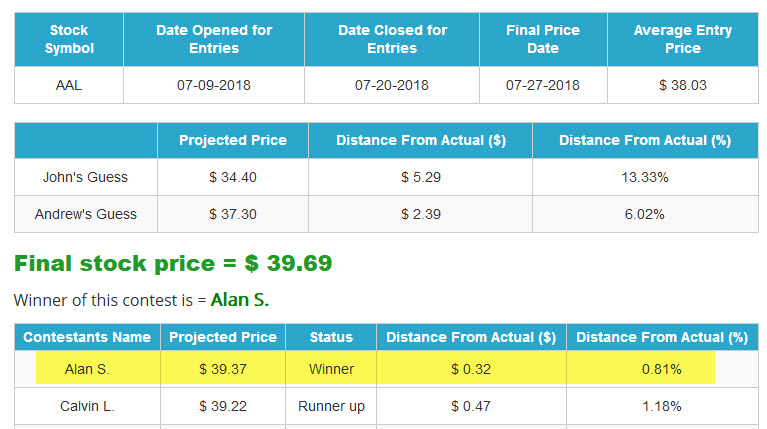 New York City is moving toward becoming the first major U.S. municipality to cap ride-sharing services, sparking a tsunami of protest on Friday from Uber [UBER.UL] and others, which warned that those living in far-flung neighborhoods will suffer most.
- The City Council is considering five bills aimed primarily at reducing traffic congestion and increasing driver paychecks in the wake of explosive growth of for-hire vehicles and a rash of suicides among financially challenged yellow taxi drivers.

Just reporting:
- Amid Beijing’s push to turn the country into an artificial intelligence (AI) powerhouse and embed the technology in all facets of life, some Chinese entrepreneurs are taking the expertise to a new frontier: sex dolls.
- WMDOLL, one of China's biggest sex doll makers, which is based in the southeastern province of Guangdong, launched what it calls AI-powered dolls at end of 2016 that offer features ranging from simple conversation to moving eyes, arms and torsos. Customers can personalize their dolls by choosing various appearance options including height, hairstyle and eye color.
- Cost? $1,500 - $7,500

California’s top state court said on Thursday that employers must pay their workers for small amounts of time they spend on work tasks after clocking out, in a ruling that will likely lead to the revival of a lawsuit against Starbucks Corp.

Identity theft protection firm LifeLock - a company that’s built a name for itself based on the promise of helping consumers protect their identities online - may have actually exposed customers to additional attacks from ID thieves and phishers.
- The company just fixed a vulnerability on its site that allowed anyone with a Web browser to index email addresses associated with millions of customer accounts, or to unsubscribe users from all communications from the company.
-The upshot of this weakness is that cyber criminals could harvest the data and use it in targeted phishing campaigns that spoof LifeLock’s brand.