Even with an average quarter, big bets are being made on the bright prospects for Apple (AAPL). HUGE buybacks and a dividend hike are the darling of Wall Street – the love affair is rekindled. 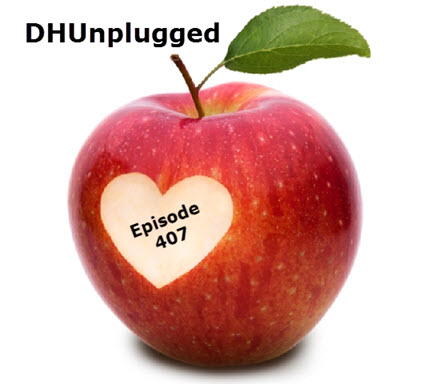 Unemployment dips below 4% and important inflation data is due this week. Of course we have some great Fed limericks to share as well as a new Closest to the Pin announcement.

CALLING ALL LISTENERS - LOOKING FOR WELLER 12 BOURBON - If you know how to get your hands on, let me know....

Apple sees new all-time highs as the combination of a $100 billion buyback is backed up with comments from Warren Buffet that he bought 75 million shares in the first quarter. APPLE LOVE IS BACK! That was enough to reverse concerns that a 3.9% unemployment rate would force the Fed's hand.

Unemployment hits 3.9%, while new hires were at 164k (lower than expected)

Markets have clearly become hostage to the Algos. Up turns to down, down turns to up. Each move seems to bring the other side of the trade in hard, just to move weak hands.

As earnings have come in at the high end (and even better) than expectations, there is some background commentary wondering of this is "peak earnings" or there is more to come.... Possible that much of the benefit from tax cuts have been pulled forward and comps will be difficult moving forward into the upcoming quarters.

The U.S Dollar has been moving up pretty significantly as the thought of further rate hikes has been growing

UPDATE: President Trump on IRAN: USA is OUT - President Trump pulls out of Iran nuclear deal and imposes the highest level of economic sanctions against Iran (for some reason markets plowed higher after the announcement)
- Oil moved up as there is the potential for further unrest in Middle East as well as upwards of 500,000 barrels a day off the market from Iran's production

Tesla conference call - quite the event. Elon Musk was in rare form, babbling for a while then taking questions. Lots of awkward pauses during comments.
- When questions about financial kept coming in - he got aggravated and hung up on two analysts stating that they were posing boneheaded and boring questions. (Stock sold off hard after that)
- Musk was absolute during call that they would not need any cash infusions or go to market for more funding
- Monday, press release showed that they may in fact need more money
- Tweeted that a big short squeeze was coming (the mother of all squeezes) - stock rose nicely after that....
- One day later: Musk reportedly filed to buy more shares.... (30,000)

In the third-biggest transaction in Nestle SA’s 152-year history, the Swiss food giant will spend $7.15 billion for the right to market Starbucks Corp. products from beans to capsules, marrying its international distribution network with the allure of arguably the biggest name in java.
- Nestle won’t get any physical assets in the deal. Instead, Chief Executive Officer Mark Schneider is harnessing the name recognition of Starbucks, with its 28,000 outlets around the globe and massive draw in the U.S. Nestle has struggled there for years with its own products like Nespresso and Dolce Gusto.

Shaking it up after a miserable quarter:
Chief Financial Officer Drew Vollero is going to be leaving his post at the Snapchat parent company next week and will be replaced by Amazon VP of finance Tim Stone

Australia’s ANZ said it would quit paying bonuses to financial planners for selling its products, becoming the country’s first major lender to change business practices in response to a powerful inquiry that has unmasked widespread misconduct in the sector.

Me2, 3, 4, 5, 6
- At least four more company officials are leaving after an investigation into complaints of harassment and bias. The departures follow six others.
- New York state’s top law enforcement official, Eric Schneiderman tendered his resignation, hours after The New Yorker published allegations of physical abuse by four women. (Known as aligning himself with women’s rights advocates.)

The folks at the Fed need to Buck Up!
Their pride they need to Suck Up!
Changing their tunes
While flying balloons
We know in the end they will .....  (focus on future trends)

Roadtrip?
Highlands Bar & Grill in Birmingham was named America’s most Outstanding Restaurant at the James Beard Foundation Awards in Chicago on Monday night. Highlands pastry chef Dolester Miles was also named best in the country, making the restaurant the runaway winner at the awards. A panel of chefs, restaurateurs, and food journalists gave chef and owner Frank Stitt’s modern Southern restaurant the honors.

Two of the biggest U.S. banks, Goldman Sachs Group Inc. and Wells Fargo & Co., are on the brink of piling into credit-card lending, seeking a share of the $183 billion in fees and interest tied to the product.
- Isn't Wells Fargo under strict orders by the Fed that they cannot grow their portfolio?

Goldman Sachs is weighing the move as part of a push into consumer finance with its Marcus online lender, Chief Financial Officer Marty Chavez said during a conference call with analysts last month. Wells Fargo plans to resume targeting U.S. non-customers with mailed credit-card offers later this year and began accepting new applicants from outside affiliates in 2016.

Super Secret Project? (did we cover this?)
- Amazon.com Inc. is working on another big bet: robots for the home.
- The retail and cloud computing giant has embarked on an ambitious, top-secret plan to build a domestic robot, according to people familiar with the plans. Codenamed “Vesta,” after the Roman goddess of the hearth, home and family