Listener Kevin asks us about an emerging market that is off the charts. Employment reports show a massive drop in September. 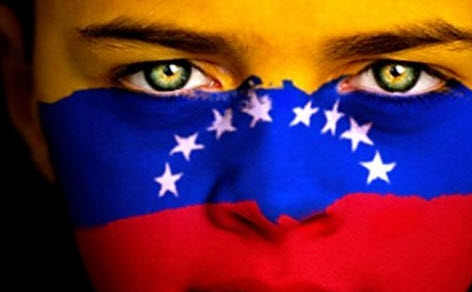 Tesla is looking to get into the gas powered car market an earnings season is right around the corner.

Just a few of the topics we dive into this episode.

Earnings season is here - this week we start with the banks- JP Morgan, Citi and Bank of America. Then next week rolls in with about 65 companies from S&P 500. (NFLX, GS, HOG, JNJ, Ebay)

For the first time in seven years, the economy went a month without payroll growth. The Department of Labor’s September employment report revealed the impact of Hurricanes Harvey and Irma: it showed 33,000 fewer people working. Average hourly wages rose 0.5% to take the annualized gain to 2.9%, but this may have been an effect of the net loss of 105,000 lower-paying bar and restaurant jobs. In a statistical fluke, the headline jobless rate fell to 4.2%, and the U-6 rate, counting the underemployed, declined to 8.3%, even as slightly more Americans looked for work.

Facebook Inc.’s chief security officer warned that the fake news problem is more complicated and dangerous to solve than the public thinks.
- Alex Stamos, who’s handling the company’s investigation into Russia’s use of the social media platform ahead of the 2016 U.S. presidential election, cautioned about hoping for technical solutions that he says could have unintended consequences of ideological bias.
- It’s very difficult to spot fake news and propaganda using just computer programs, Stamos said in a series of Twitter posts on Saturday.
- “Nobody of substance at the big companies thinks of algorithms as neutral,” Stamos wrote, adding that the media is simplifying the matter. “Nobody is not aware of the risks.”

On Monday, Musk revealed his latest groundbreaking concept in a bid to once again transform the automobile industry: a gasoline-powered car.
- At a press conference held at the automaker’s headquarters, Musk announced that Tesla will begin mass production of a gas-powered vehicle in 2022. He plans to call this vehicle the Model T.

Big Brother - Google’s announced that it was planning to launch a smart video camera as part of its push into hardware.
- Google Clips will be the first standalone camera from the search and advertising company, which has expanded its hardware business over the last year.
- Its signature feature draws on machine learning technology to automatically begin recording when notable actions are detected. Those could include a child cracking a smile or a dog entering the frame.

Interesting discussion this week on TDI Podcast with Senior Equity Analyst at S&P
- Tax plan could help to lift S&P earnings by 4% per year over next 3 years
- Repatriation could be beneficial for earnings due to share buybacks and M&A
- Revenue growth has been significant and expected to continue with soft dollar
- Over last 4 years, share repurchases helped EPS growth by 4% a year
- MAJOR test of markets this coming earnings season

Procter & Gamble said preliminary results of a shareholder vote showed activist investor Nelson Peltz lost his bid for a board seat, but he wasn’t ready to cede defeat, saying he disagreed with the counting of ballots.

Bitcoin update - Since the comments from Jamie Dimon in September, the crypto-currency has regained its footing. From a low of $2917  just days after the insults, now trading at $4765.

“I don’t know about you, but I’m nervous, and it seems like when investors are nervous, they’re prone to being spooked,” Thaler said, “Nothing seems to spook the market” and if the gains are based on tax-reform expectations, “surely investors should have lost confidence that that was going to happen.”

How is this still going on?
- Samples examined by the global chemical weapons watchdog have tested positive for the banned nerve agent sarin in an attack in an opposition-held Syrian town in March, sources told Reuters
- The March 30 air strike in the town of Latamneh, in the northern Syrian Hama area, injured around 70 people who suffered nausea, foaming of the mouth and muscle spasms.

Bonus:  Did you every play with Shrinky Dinks? Just thinking about these fun toys today.